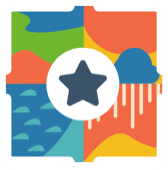 CGIAR’s original mission – to solve hunger – has expanded over the past 50 years. Our innovative research reveals human health to be part of a much bigger picture. 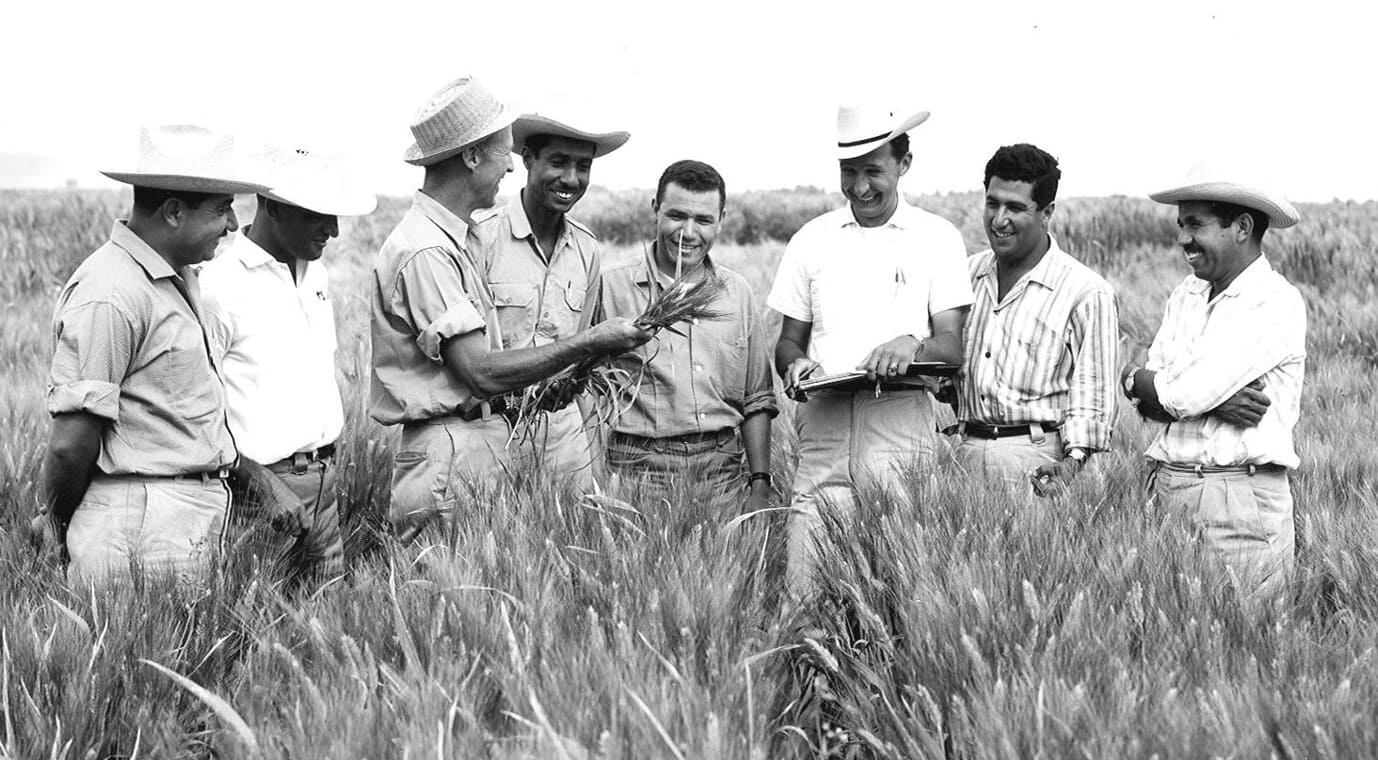 In a post-War world, CGIAR grew out of international efforts to feed a growing global population. Fifty years later, those efforts have expanded to view human well-being as part of a much bigger picture, encompassing human, animal, and ecosystem health, under pressure of a climate crisis. 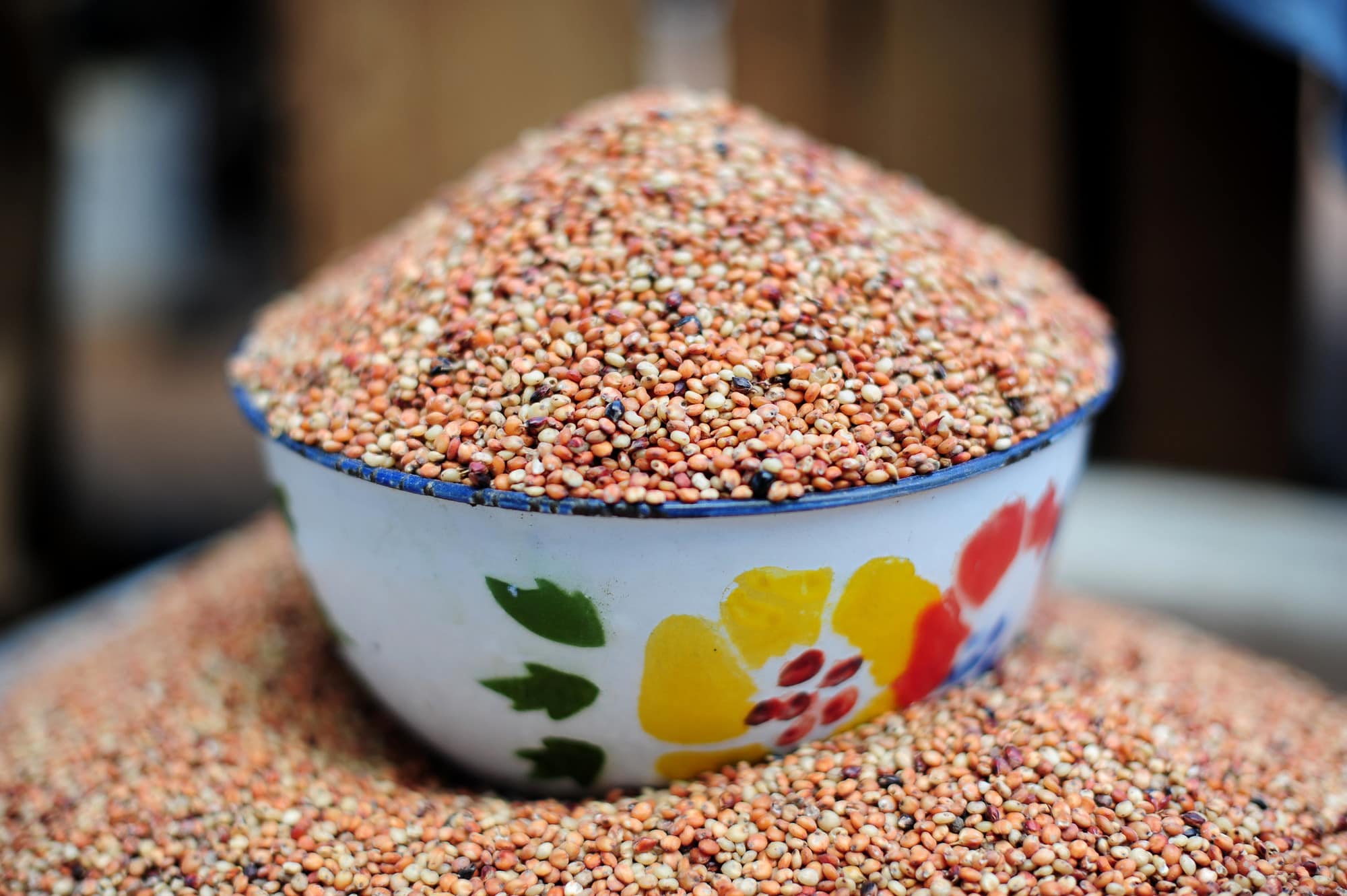 Fewer people overall are hungry today than 50 years ago – though numbers that declined over decades have recently once again begun to climb. Climate change is forcing rapid adaptation within our food systems, and the COVID-19 pandemic poses further threats to progress on ending poverty and hunger. 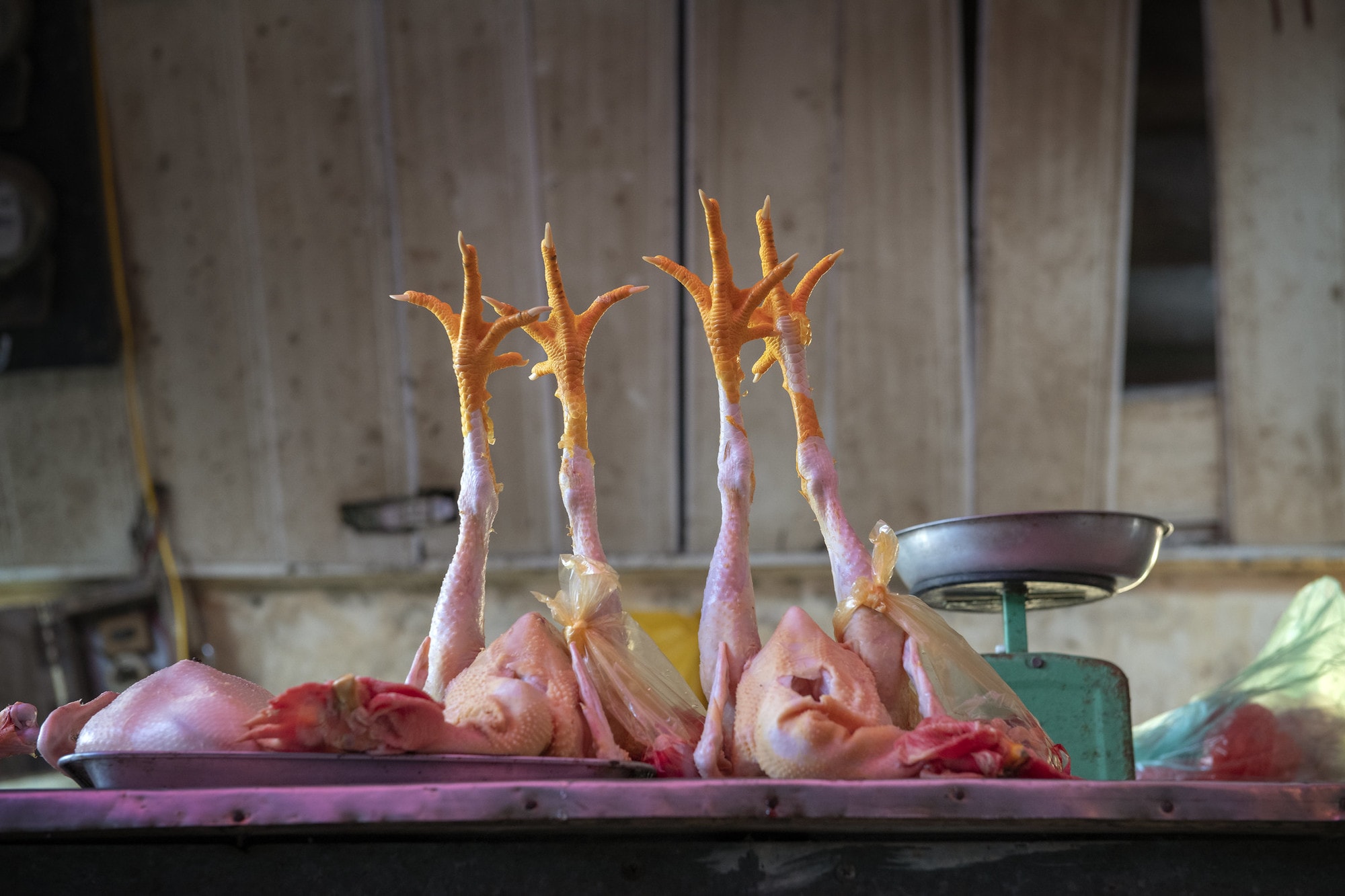 Meanwhile, food-borne disease remains a leading cause of death in many countries, and more than 3 billion people worldwide cannot afford a healthy diet, contributing to an increase in non-communicable diseases in all regions. 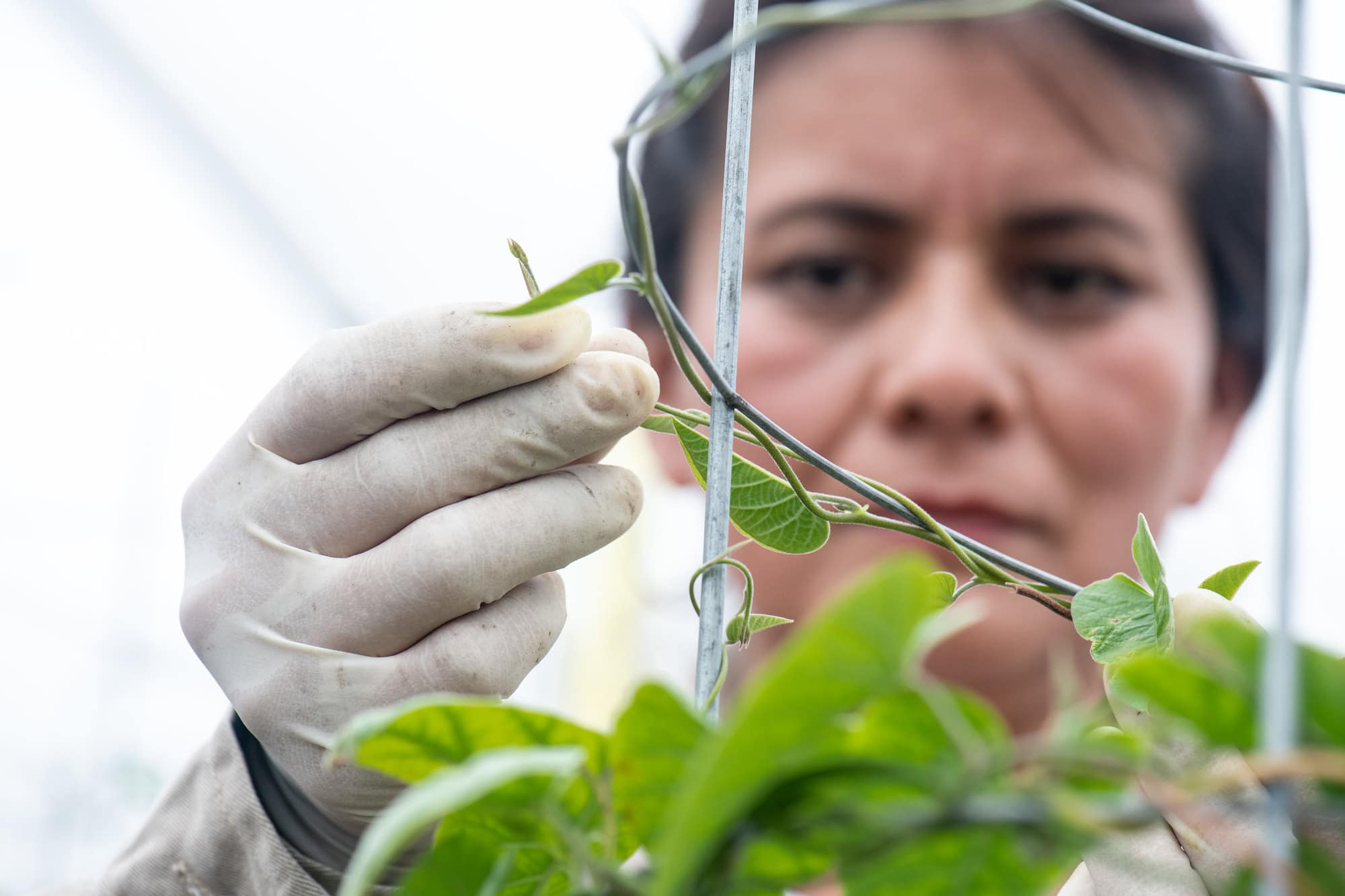 CGIAR research continues to expand its focus to meet these interdependent challenges. Our innovations have advanced global understanding of the place of human health within broader ecosystems and economies, while continuing to adapt to emerging 21st century challenges. 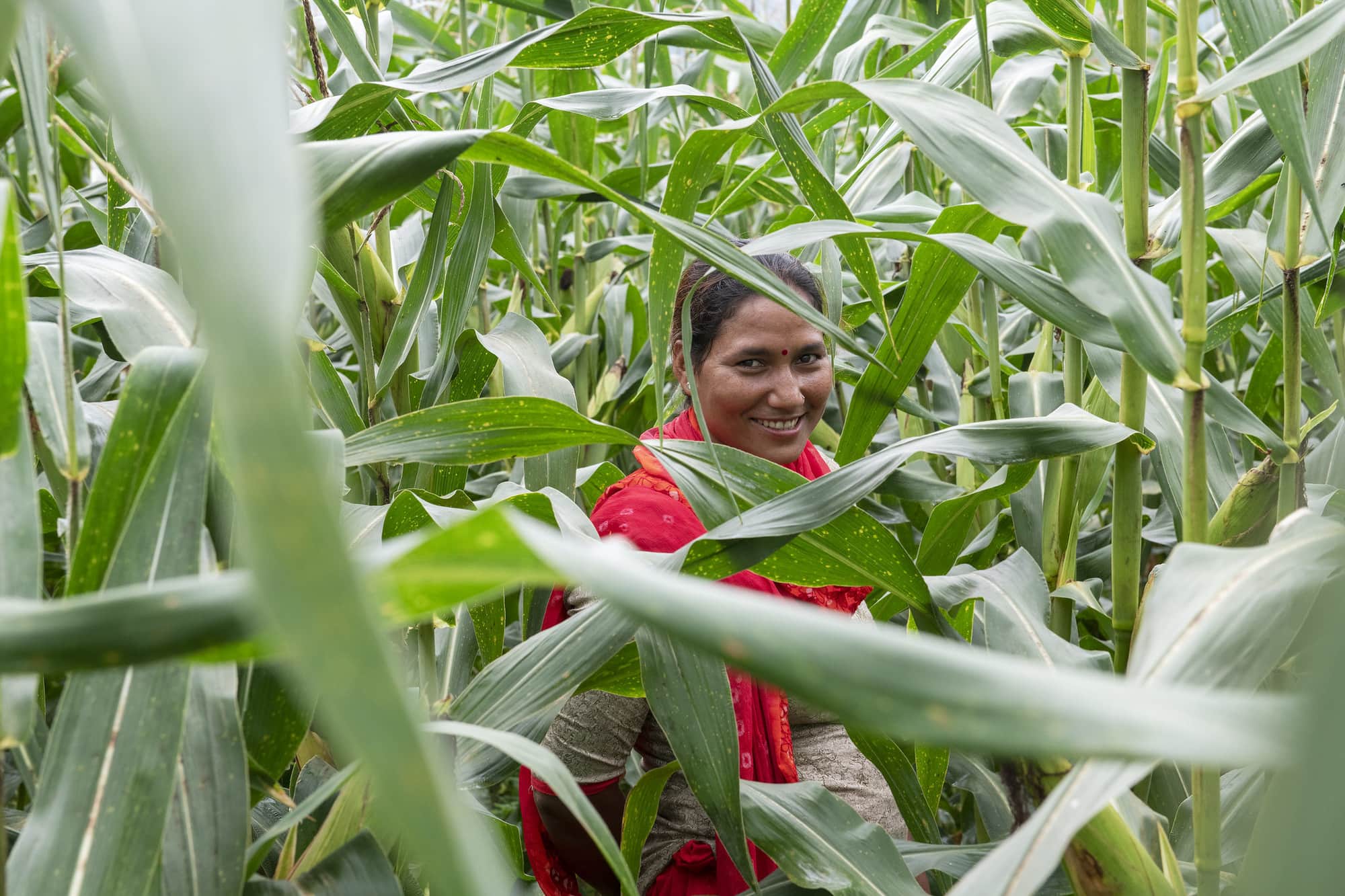 It is all connected: 50 years of CGIAR innovations have revealed human health to be part of a much bigger picture, encompassing human, animal, and ecosystem health under pressure of a climate crisis. 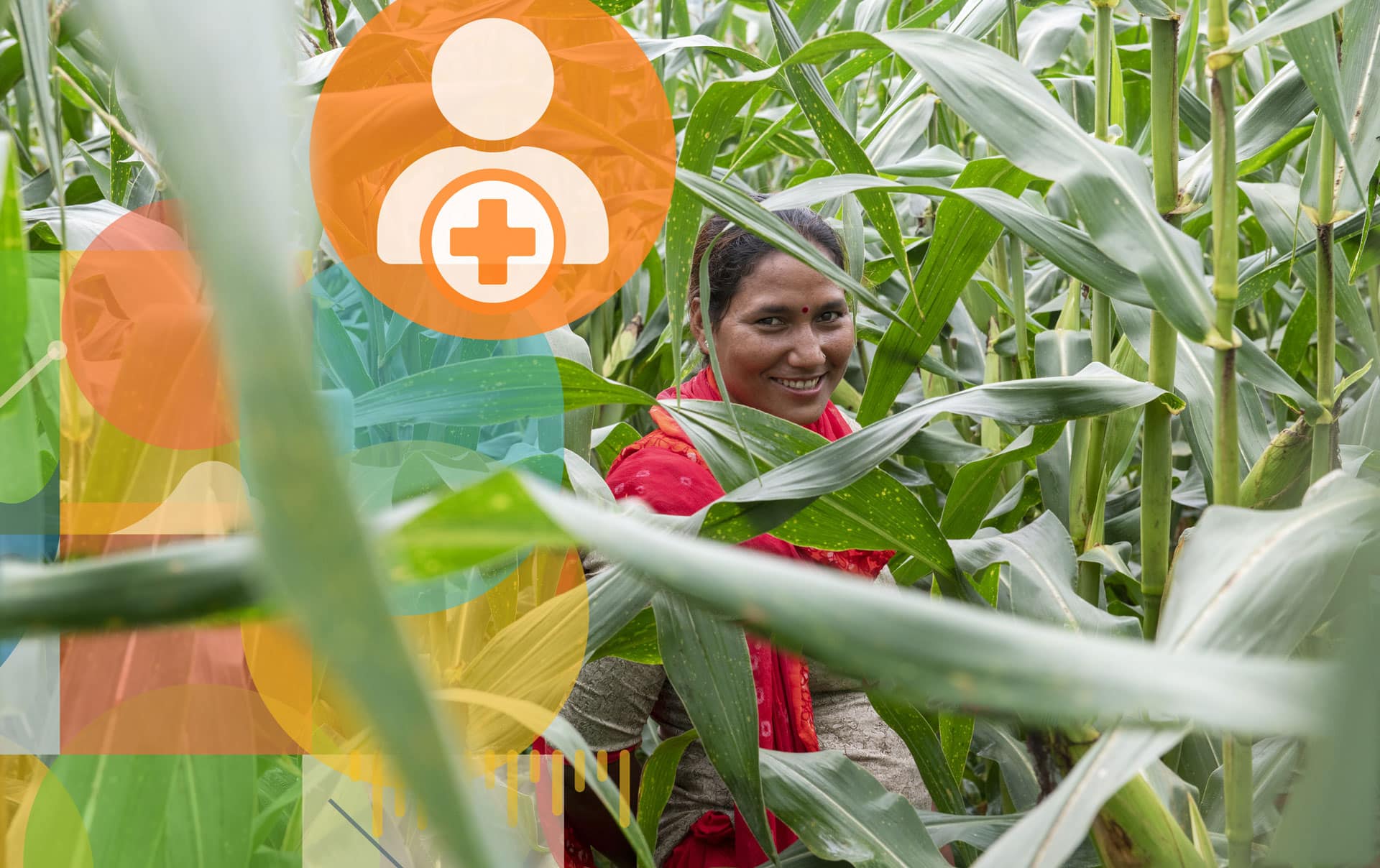 Meeting the world’s food needs is not only about quantity – it’s also about quality.

Filling up on staple crops like rice or maize is enough to satisfy hunger, but it’s not enough to sustain overall health. This is the situation for millions in the developing world, where a lack of access to diverse, nutritious foods is causing widespread micronutrient deficiencies.

A healthy diet is made up of a variety of nutrients, both big and small. Macronutrients are the main type of nutrients that make up the bulk of the food we eat. These include carbohydrates, proteins, and fats which are essential for energy, growth, immunity, and healing. Micronutrients, including vitamins and minerals, are found in much smaller amounts in our food, though they are just as essential for health. Micronutrient deficiencies in vitamin A, iron, and zinc are among the biggest challenges to nutrition in the world today.

Photo by O. Girard/CIFOR
Did you know?
Ending hunger is about more than just having enough to eat. Click to learn more about 'hidden hunger'.
Healthy diets
More than 3 billion people cannot afford a healthy diet.
Healthy bodies
Diet-related non-communicable diseases are increasing in all regions.
Healthy people
If trends continue, the number of undernourished people will pass 840 million by 2030.

‘Hidden hunger’, or a lack of micronutrients in diets, poses a serious threat to human health as it can lead to stunting, anemia, blindness, disease or even death, particularly for women and for children under the age of five.

Over the past half-century, CGIAR innovations have made strides in both feeding and nourishing the world.
READ ALSOXRF machines: Innovative technology to help breed nutritious crops
READ ALSOImproved high-iron and zinc bean varieties for better nutrition 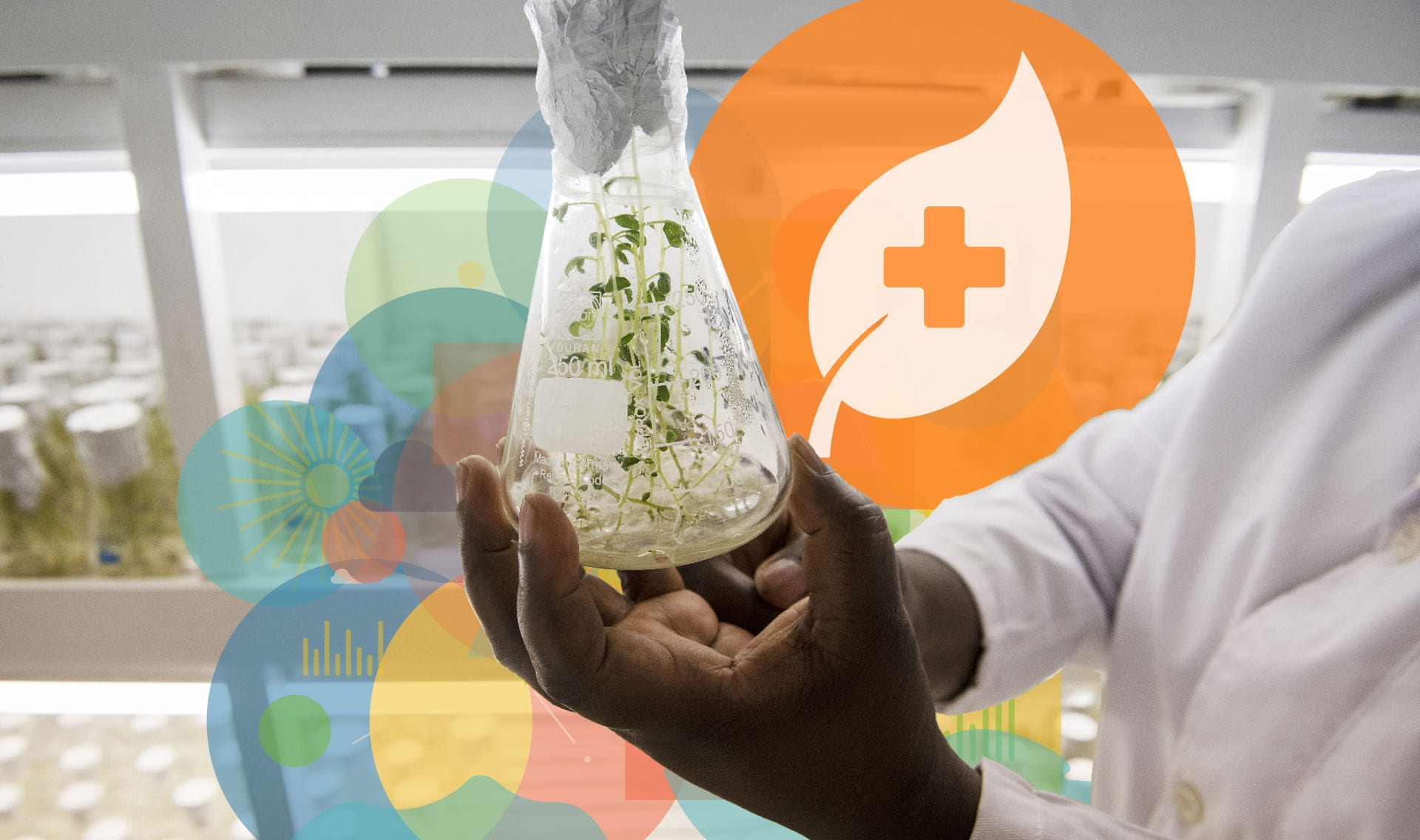 The ongoing COVID-19 pandemic highlights the power of zoonoses – infectious diseases passed from animals to humans – to disrupt our health, economies, and food systems. While this has come as a shock to high-income countries, in fact zoonoses have long been silent killers in low- and middle-income countries, infecting several billion people each year and killing millions, while having devastating economic consequences.

CGIAR research is helping to prevent the next pandemic via the One Health approach, joining the dots between human, animal, and ecosystem health.
75 %
of emerging human infectious diseases are spread from animals.

Another silent killer in low- and middle-income countries is poor food safety. Infectious food-borne diseases commonly manifested as diarrhea are a leading cause of death in low- and middle-income countries and are strongly associated with stunting and malnutrition in children. The human health burden from food-borne disease is comparable to malaria, HIV/AIDS or tuberculosis, and costs countries more than $100 billion each year.

Supported by decades of CGIAR research, better management of food-borne disease could save nearly half a million lives each year and safeguard the livelihoods of more than one billion small-scale livestock producers.

Disease can strike plants and animals that humans depend on as food sources. CGIAR innovations through biocontrol and breeding have helped to sustain the resilience of food systems over the past half-century, securing health and livelihoods for millions. 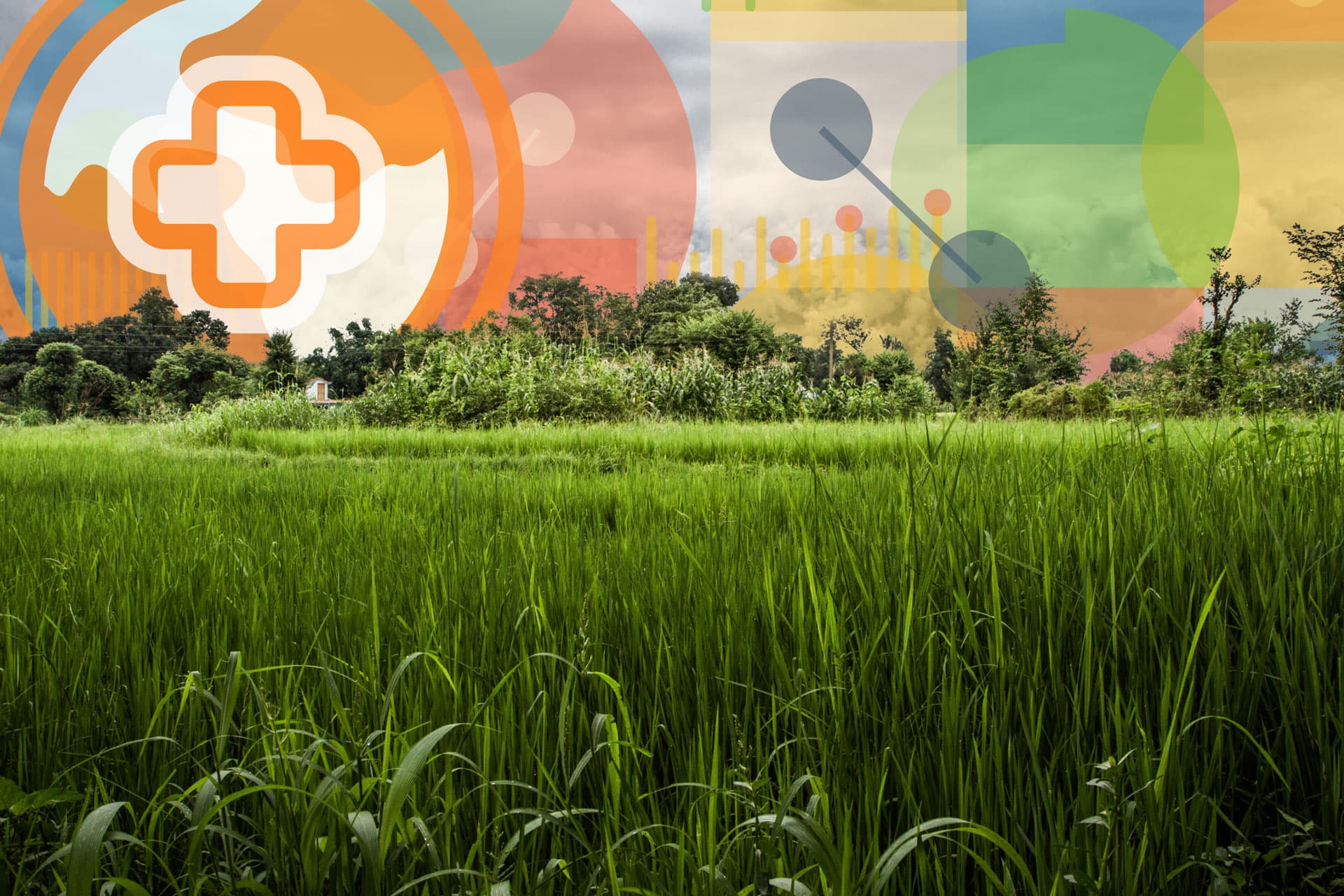 Growing food depends on a healthy ecosystem, yet agriculture is a driver of forest and biodiversity loss, a major source of greenhouse gases that cause climate change, and consumes the majority of the world’s freshwater resources.

Did you know?
Click to learn more about agriculture and ecosystems.
Food and forests
Agriculture is the biggest driver of forest and biodiversity loss, including of diversity crucial to healthy diets and nutrition.
Food and water
Agriculture accounts for about 70% of global freshwater withdrawals.

Strategic use of locally adapted, nutrient-rich crops can help conserve this important biodiversity, offering environmental, livelihood, and health benefits to communities around the world.

CGIAR innovations continue to place human health within the bigger picture, as part of plant, animal, and ecosystem health under pressure of a climate crisis.
Ugwono Pauline planting gnetum in Cameroon.
Ugwono Pauline planting gnetum in Cameroon.
READ ALSOScientists unlock secrets of Ethiopia’s superfood in race to save it from warming climate
READ ALSOPodcast: What is Agrobiodiversity? Featuring Stefano Padulosi, Alliance of Bioversity International and CIAT