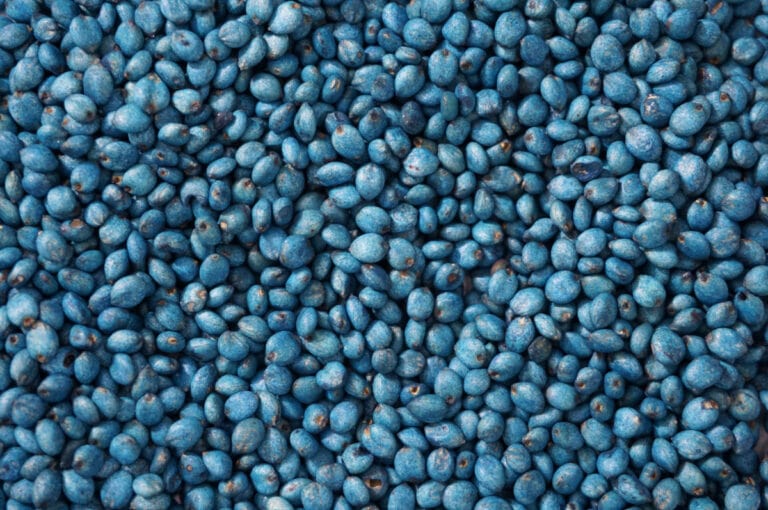 Biocontrol for aflatoxins and mealybug

Africa
Maturity Level
Adoption or impact at scale
Stage of Development
Taken up by ‘next users’
Prev. Innovation
Next Innovation
ACTIVE:
1981 to present

Pests and diseases can be devastating for crops, causing further problems for food security, health, nutrition, and livelihoods. Biocontrol – or the method of using biological organisms to control pests and diseases – is one way to address the problem without resorting to potentially harmful chemicals. CGIAR scientists have had successes over decades using biocontrol to tackle serious invasions and infections – for example, to control cassava mealybug and aflatoxins in Africa.

In the 1970s, cassava mealybug invaded Africa and spread over the entire cassava belt, leading to widespread famine and affecting 200 million people, mainly poor farmers who relied on cassava as a staple. CGIAR scientists at the International Institute of Tropical Agriculture (IITA) took the lead in searching for natural enemies to be used in biological control.

Surveys in a dozen countries confirmed the ten-fold reduction of cassava mealybug population densities and damage in 95% of all fields.

Following a discovery in Paraguay by CGIAR researchers at CIAT (now the Alliance of Bioversity International and CIAT) , a specific parasitic wasp, Anagyrus lopezi, was quarantined by the Centre for Agriculture and Bioscience International (CABI) in England, mass-reared by IITA in Nigeria and Benin, and released in about 150 locations in two dozen African countries, in collaboration with the respective government agencies.

The impact by A. lopezi was quantified over seven years in Nigeria, demonstrating long-term control. Surveys in a dozen countries confirmed the ten-fold reduction of cassava mealybug population densities and damage in 95% of all fields. The introduced wasp was shown to have an outstanding host-searching and dispersal capacity. Economic studies covering 27 countries revealed a total gain of $8 billion to $20 billion and benefit-cost ratios of 200 to 740. The project was honored with the King Baudouin Award together with CIAT in 1990, and CGIAR researcher Hans Herren was awarded the World Food Prize in 1995 for his work on the project.

No other technology provides such robust, safe, and consistent protection from aflatoxins from field to plate

Another success was found in the biocontrol of aflatoxin contamination of staple crops in sub-Saharan Africa. The contamination was caused by certain Aspergillus species. Some Aspergillus flavus strains do not produce aflatoxins – what are called atoxigenic strains – and can be applied in the field as biocontrol agents to displace aflatoxin producers, lowering contamination in crops up to 100%. No other technology provides such robust, safe, and consistent protection from aflatoxins from field to plate.

CGIAR researchers at IITA, the CGIAR Research Programs on Maize (MAIZE) and Agriculture for Nutrition and Health (A4NH) and partners adapted and improved the atoxigenic strain-based biocontrol technology for use in sub-Saharan Africa. Four native atoxigenic strains form the active ingredients of each country-specific biocontrol product, generically named Aflasafe. These are registered for commercial use and the technology is transferred to the private sector for scale-up.

To date, 14 products have been registered in 10 countries (including Nigeria, Kenya, Senegal, The Gambia, Burkina Faso, Ghana, Zambia, Tanzania, Malawi, and Mozambique) with more under development in another 10 countries.

Smallholder farmers have used Aflasafe products on more than 360,000 hectares of land to produce aflatoxin standard-compliant maize and groundnut. Six African countries have included the use of Aflasafe products in their National Agricultural Investment Plans.

Adoption and use of these award-winning technologies are ensuring the safety of African food systems, improving the health of farmers and consumers, and generating income and trade opportunities for farmers, aggregators, distributors, and traders.

Header: Aflasafe is a safe, natural and cost-effective product that can protect crops from plot to plate. Photo by Aflasafe/IITA. 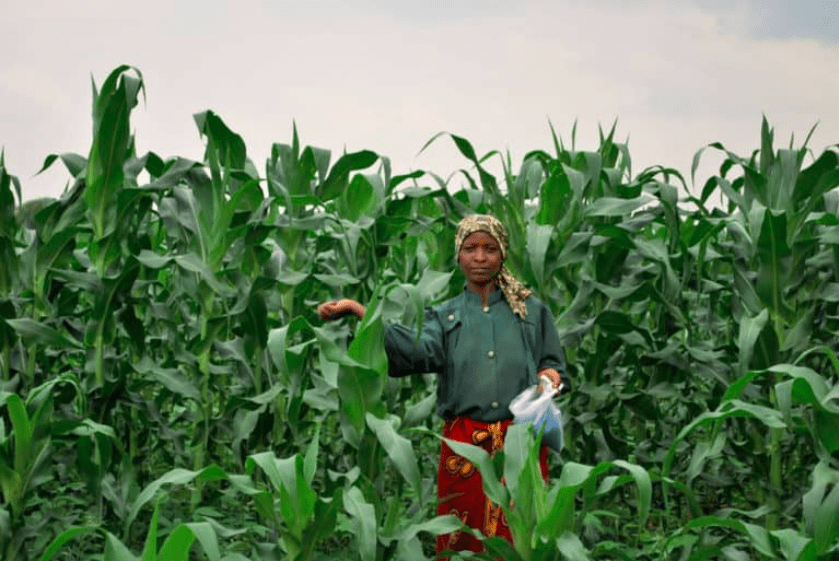 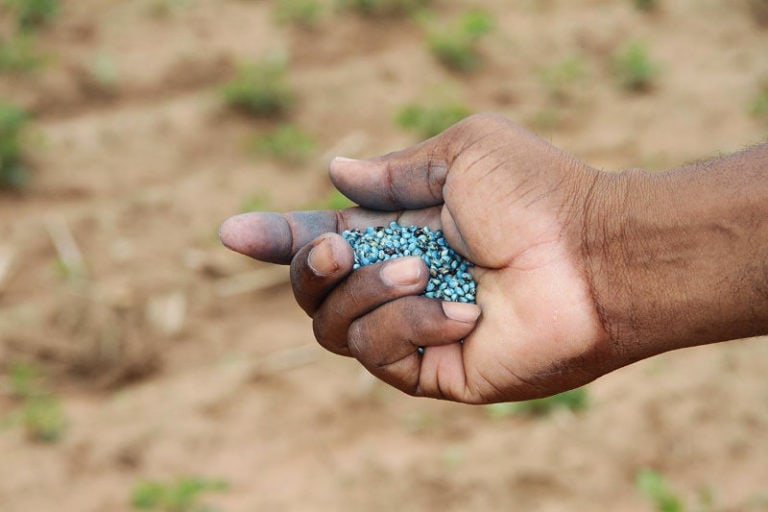 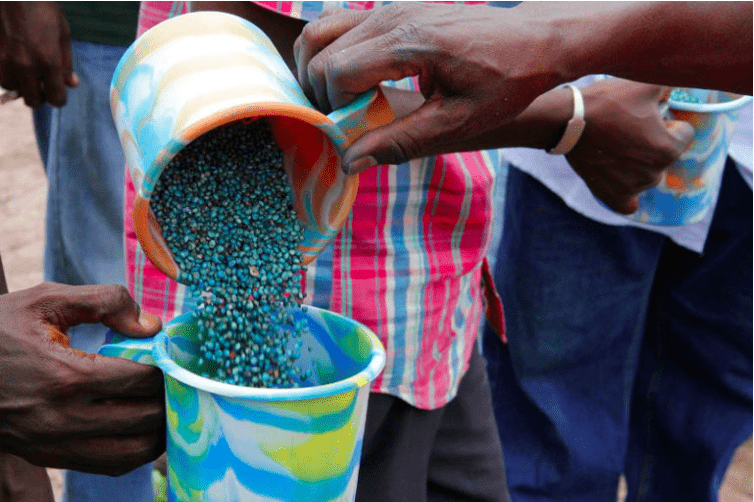 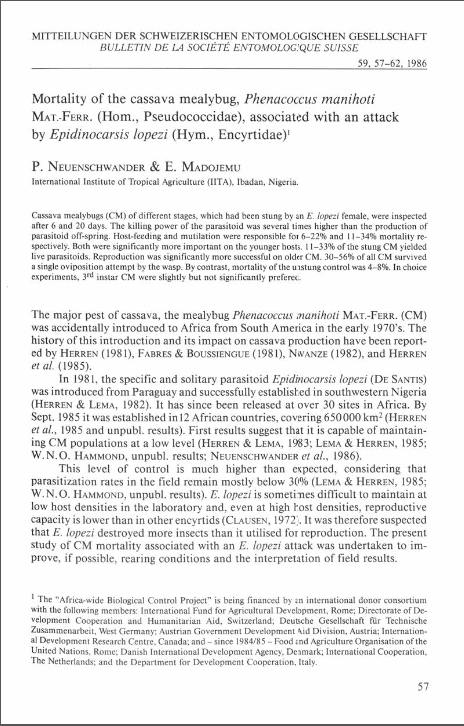 Publication: Experimental evaluation of the efficiency of Epidinocarsis lopezi, a parasitoid introduced into Africa against the cassava mealybug Phenacoccus manihoti

Publication: An overview of a systems model of cassava pests in Africa

Publication: Changes in the composition of the fauna associated with the cassava mealybug, Phenacoccus manihoti, following the introduction of the parasitoid Epidinocarsis lopezi

Video: A4NH Voices from the Field: Fighting Aflatoxin in Nigeria

Video: Tracing the Aflasafe journey from science to market

Brief: Our journey from incubation to market: Status of Aflasafe commercialization in Africa