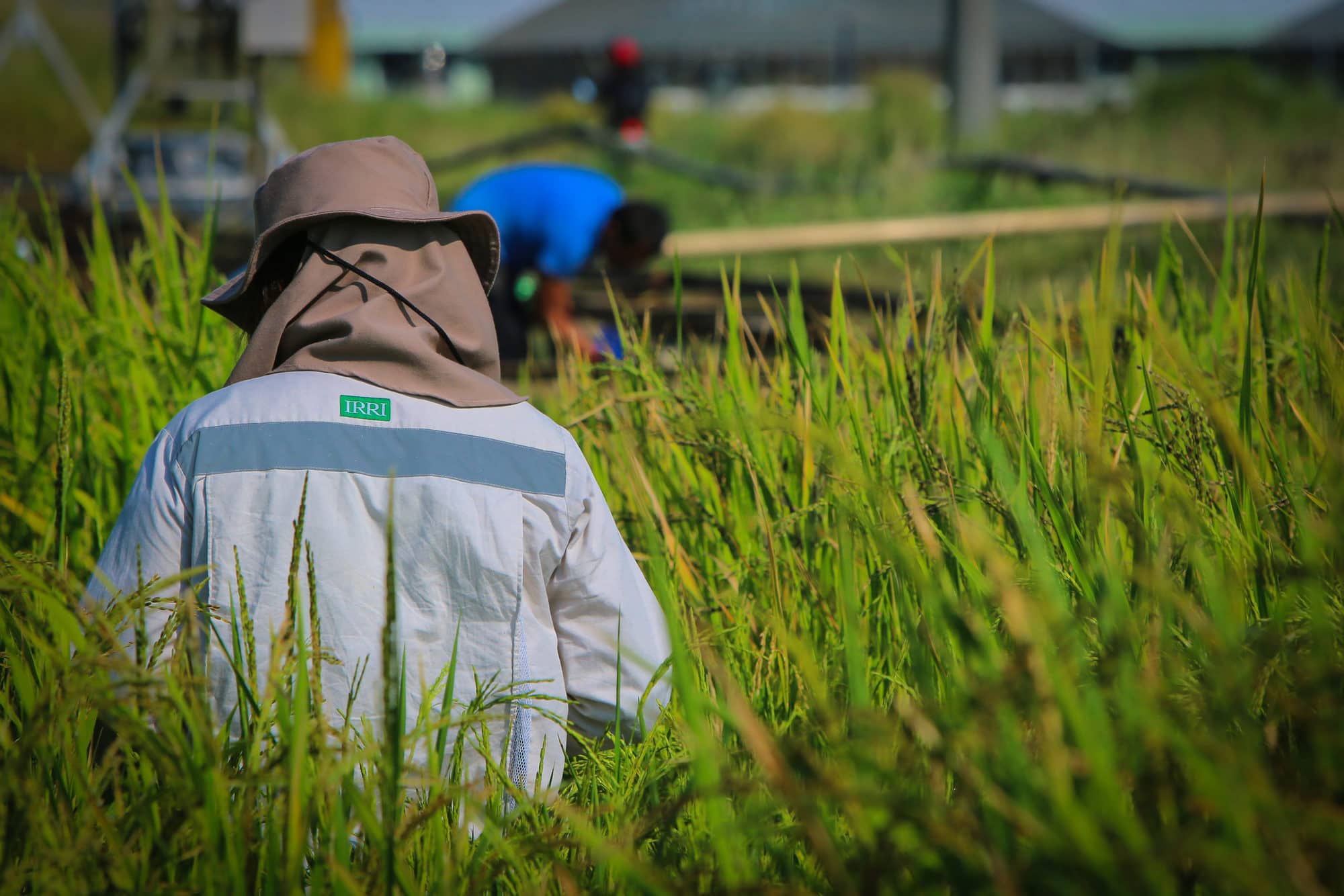 Africa, Asia
Maturity Level
Adoption or impact at scale
Stage of Development
Taken up by ‘next users’
Prev. Innovation
Next Innovation
ACTIVE:
1960s to present

Climate change is affecting rice production in Asia and Africa, where the crop is a staple food for millions. Climatic extremes such as droughts, floods, extreme temperatures, and rising sea levels – which causes salinization of inlands – in Asia alone already affect production for about 30% of the 700 million poor who live in rainfed rice-growing areas.

CGIAR scientists from the International Rice Research Insititute (IRRI) and AfricaRice, together with national research and agricultural extension system partners, have long tackled the problem through breeding to develop new, climate-smart varieties of rice. Their drought-, flood- and salt-tolerant rice varieties are designed to adapt to rapidly changing climatic conditions.

Adoption of CGIAR’s climate–smart varieties of rice, together with adjusted management practices, has led to significant increases in yield and sustenance of production in climate change stress-affected areas, including those inhabited by the most impoverished farming communities.

Conventional and marker-assisted breeding is used to incorporate specific desirable traits into rice plants, resulting in improved varieties that are more resilient to stresses and can survive unfavorable conditions made more intense and frequent by climate change. The breeding lines are then tested in several different locations and countries, including direct trials in farmers’ fields. The selected lines – those shown to survive under stress and retain desirable grain qualities – are finally either released directly, or bred into widely grown and popular local varieties.

Drought is the most widespread and damaging of all environmental stresses, affecting 23 million hectares of rainfed rice in South and Southeast Asia as well as large areas in Africa, where 70-80% of ricelands are rainfed. About 30 drought-tolerant varieties have been released by CGIAR and partners in several countries, including the Sahbhagi Dhan variety in India, Sahod Ulan in the Philippines, and Sookha or Sukkha Dhan in Nepal. The average yield advantage of these drought-tolerant varieties is 0.8-1.2 tons per hectare over drought-susceptible ones.

Floods cause farmers in Bangladesh and India to lose up to 4 million tons of rice per year. CGIAR-released varieties carrying the SUB1 gene – which makes rice plants better able to withstand complete submergence in water – have shown an average yield advantage of 1-3 tons over original varieties, after floods lasting 10-18 days. Some examples include the Swarna-Sub1 variety in India, Samba Mahsuri-Sub1 in Bangladesh, IR64-Sub1 in the Philippines, and Ciherang-Sub1 in Indonesia and Nepal, and FARO 66 and 67 in Nigeria.

Saltwater encroachment due to rising sea levels and lower rainfall threatens rice crops in coastal farming areas. In Bangladesh, salinity affects about one million hectares of arable land. CGIAR researchers at IRRI and AfricaRice have developed and released more than 20 salt-tolerant varieties, and have incorporated salt tolerance into popular rice varieties such as BRRI Dhan11, 28, and 29 in Bangladesh, as well as various varieties in India and West Africa. These salt-tolerant varieties have resulted in considerable increase and stability of productivity in salt-affected areas and, in some cases, led to expansion into areas previously abandoned because of high salinity.

Adoption of CGIAR’s climate–smart varieties of rice, together with adjusted management practices, has led to significant increases in yield and sustenance of production in climate change stress-affected areas, including those inhabited by the most impoverished farming communities. The varieties are now being planted by millions of farmers in South and Southeast Asia, and in Africa.

Header photo: An IRRI researcher in the field. Photo by IRRI. 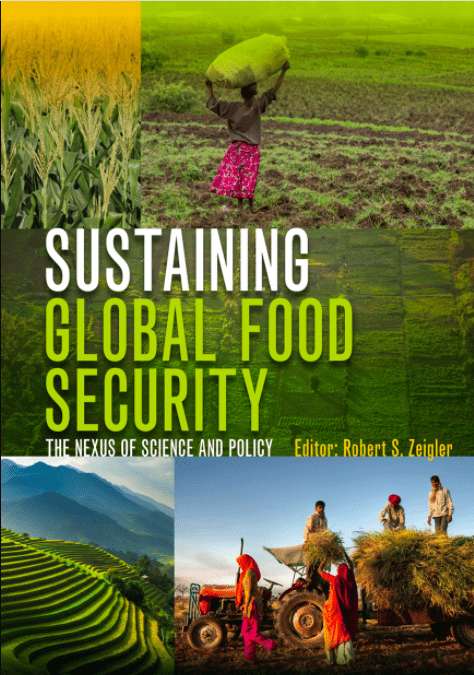 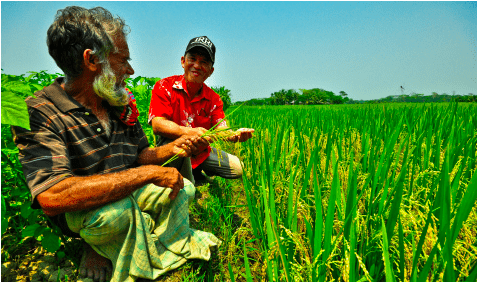 Brochure: The Impact of Rice Research 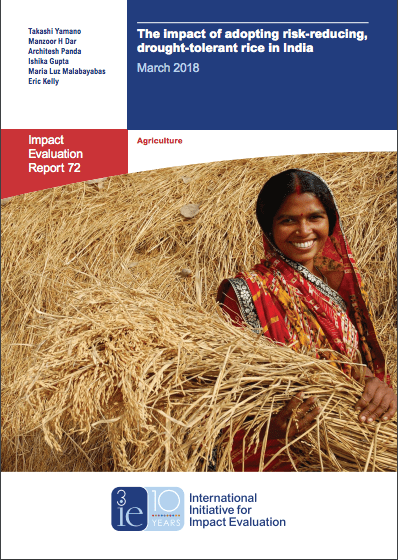 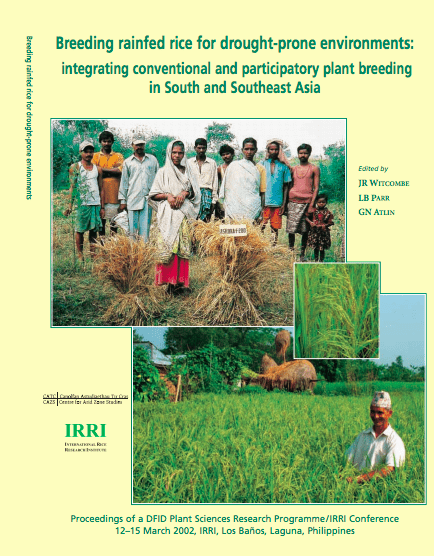 Publication: Rice Breeding for High Grain Yield under Drought: A Strategic Solution to a Complex Problem 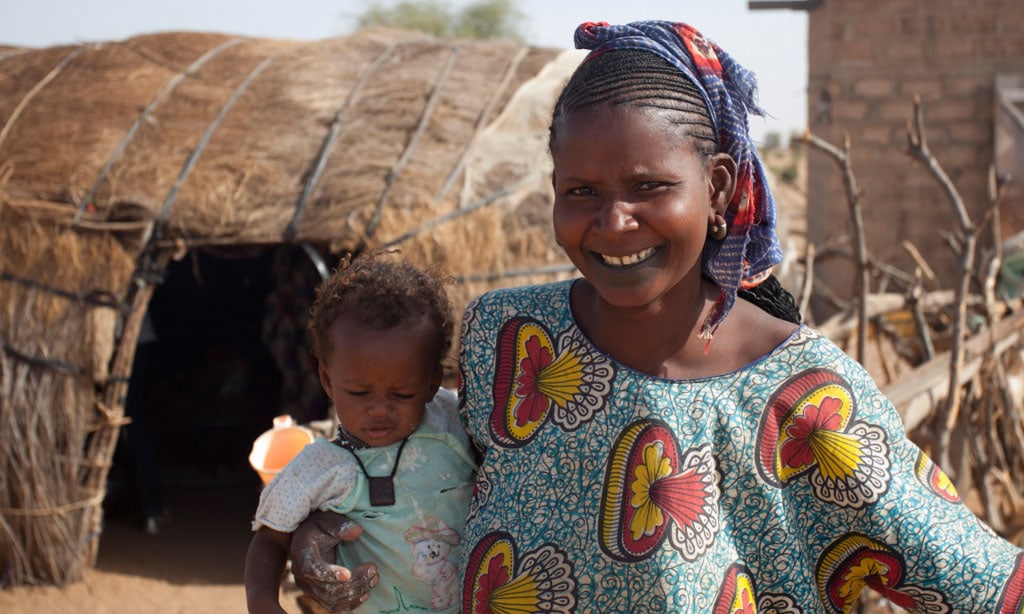