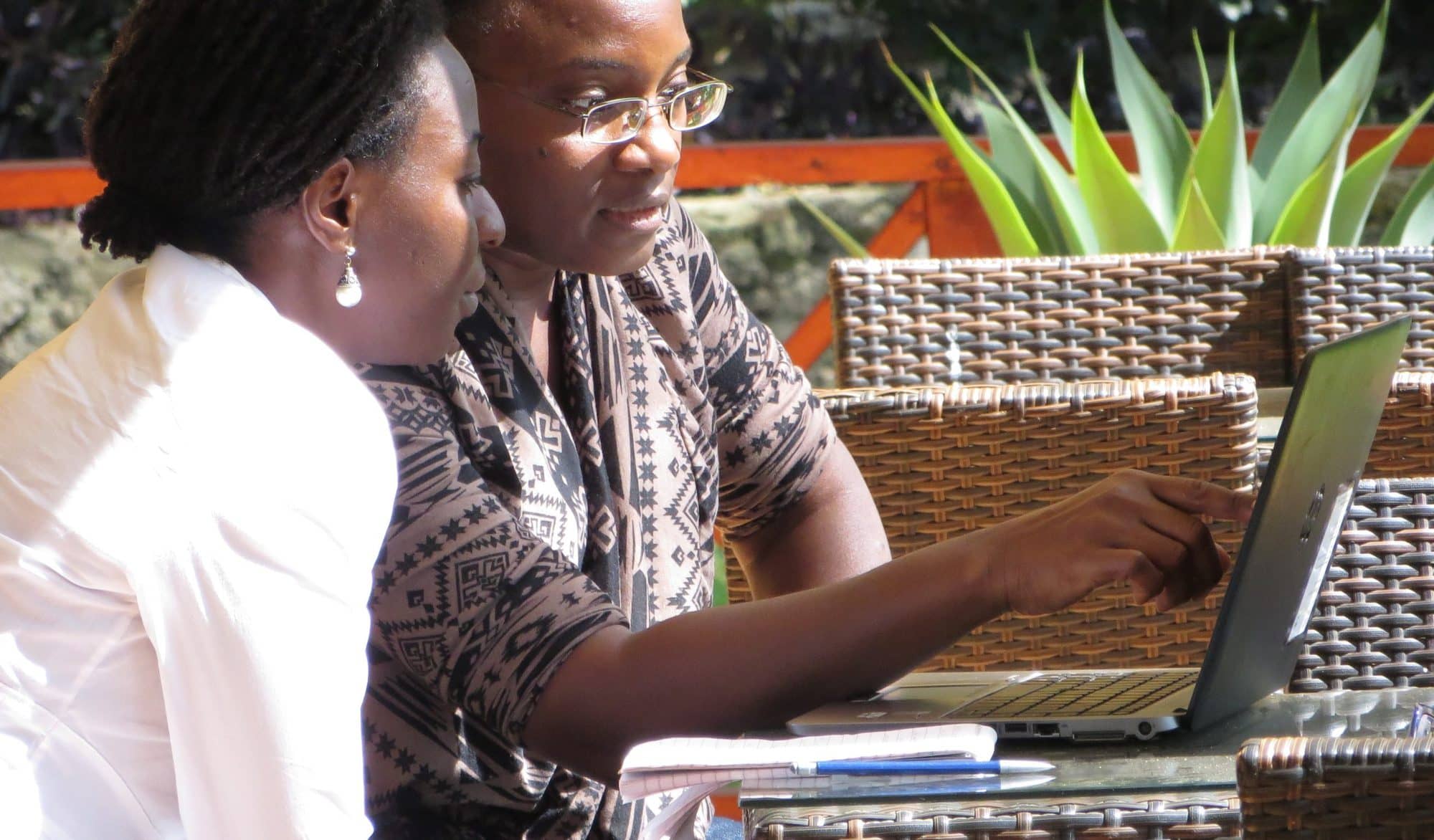 Global
Maturity Level
Adoption or impact at scale
Stage of Development
Taken up by ‘next users’
Prev. Innovation
Next Innovation
ACTIVE:
1985 to present

In the face of global climate change, modeling to explore the future impact of changing conditions and sudden shocks on food systems is becoming an increasingly important tool for policymakers. CGIAR methods for surveillance, scenarios work, and modeling have been developed for more than 35 years, informing crucial policy on agriculture, development and climate adaptation around the world.

CGIAR scientists at the International Food Policy Research Institute (IFPRI) have been world-class innovators in structural modeling to support analysis of food and agricultural policies, and to conduct foresight analysis. Through global models such as IMPACT and MIRAGRODEP, as well as country-level models, the work at IFPRI has helped inform policy on food security and agricultural development worldwide, especially in developing countries. These innovations have underpinned improved policy decision-making by providing better insights into the impacts on sustainable development of agricultural innovation, trade dynamics, climate change, water scarcity, changing diets, and health crises, such as the COVID-19 pandemic.

The work at IFPRI has helped inform policy on food security and agricultural development worldwide, especially in developing countries

Innovations in data systems and multidisciplinary economic models and partnerships with other leading research institutions have kept CGIAR scientists at the cutting-edge of economic modeling. This has helped integrate research on crops and natural resource management across CGIAR, with economic and social policy analysis applied across entire food systems.

Finally, the knowledge that CGIAR has created – along with the tools it has developed – have been applied by thousands of policymakers, analysts, and researchers to inform food and agricultural policy in developing countries. Analogous to how “Green Revolution” technologies for wheat and rice have become embedded into the production systems of developing countries, CGIAR modeling frameworks are now relied upon for analysis of agricultural issues at global, regional, and developing country scales.

The Scenarios Project developed by the CGIAR Research Program on Climate Change, Agriculture and Food Security (CCAFS) is arguably the most extensive policy-focused participatory scenarios project in the world applied to agriculture, food security, and climate change. National policy formulation processes are supported by scenario-based guidance in around 30 countries – often leading to major policy outcomes. This has been achieved through qualitative and quantitative scenarios (using IMPACT and other modeling tools) informed by experts and researchers from seven global regions: East and West Africa, South and Southeast Asia, the Andes, Central America, and the Pacific.

Building on this work, the International Water Management Institute (IWMI) developed the South Asia Drought Monitoring System (SADSM) with national partners in the region as a safeguard against extreme weather events. Since 2014, SADMS has used state-of-the-art earth observation data from a range of satellites to improve drought-related disaster management (from monitoring, forecasting and evaluation to response). Partners now know well in advance what to expect with the weather and can provide water users with time to prepare for dry spells. The combination of alerts and contingency planning advice have been shown to increase crop yields and income.

Twenty-three major drought events were reported in South Asia between 1990 and 2020. These affected more than 750 million people and accounted for economic losses exceeding $9.8 billion. With the incidence of severe drought on the rise, systems such as SADMS can provide faster and better-targeted relief and resilience measures. Increases in crop yields for soybean, pigeon pea and cotton of up to 14 quintals per acre have been documented by farmers using the system, as well as significantly higher incomes for farmers, with additional returns of up to $300 per acre.

Header photo: Dolapo Enahoro, from ILRI, and Sika Gbegbelegbe, from IITA, engaged in modeling work at a Global Futures meeting. Photo by IFPRI. 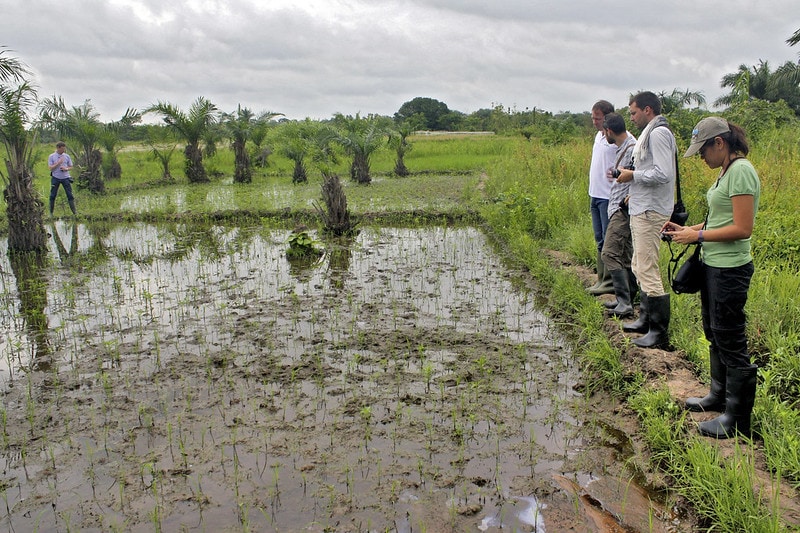 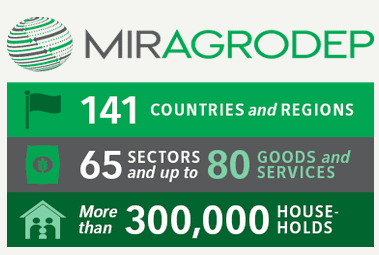 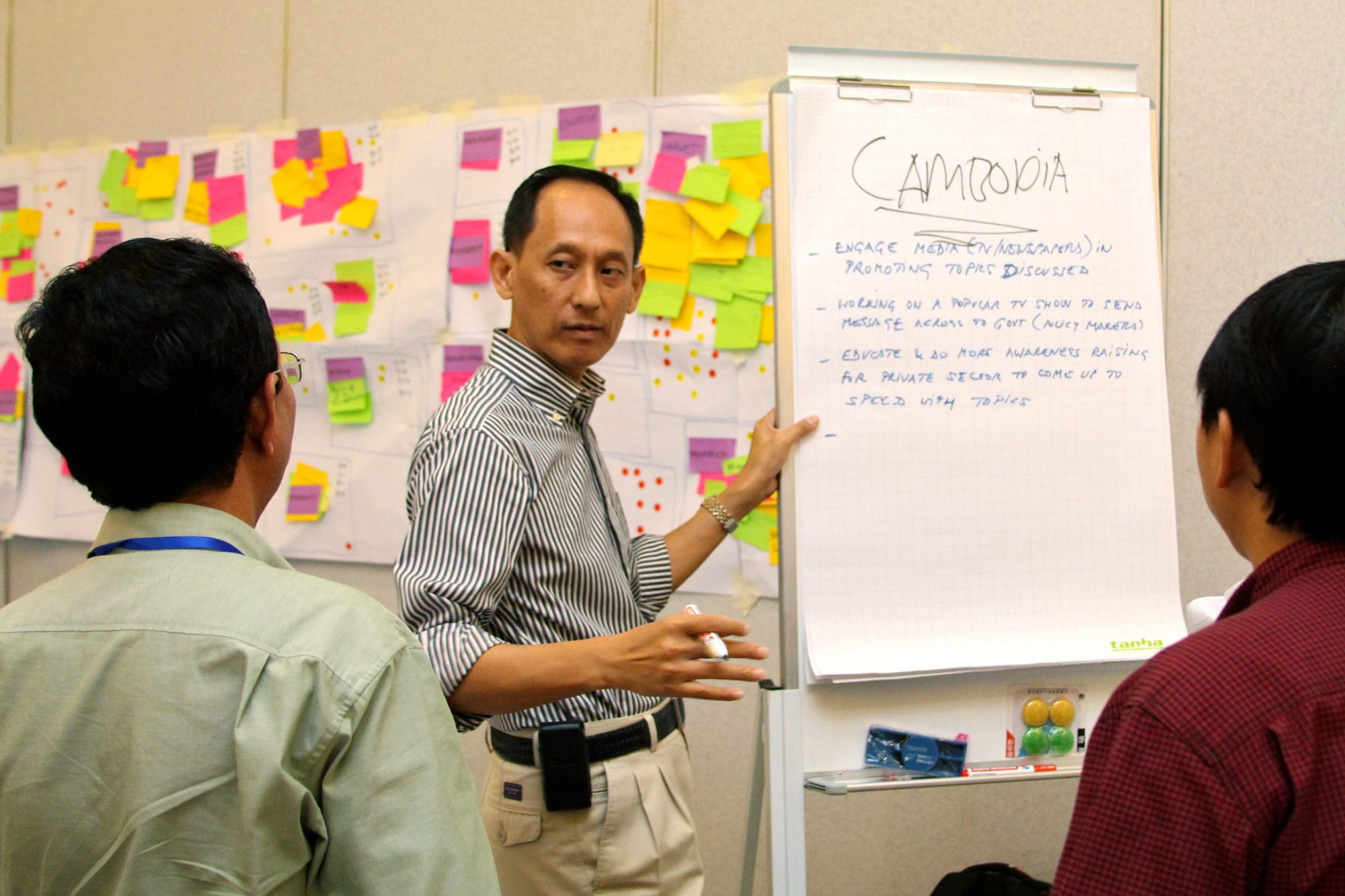 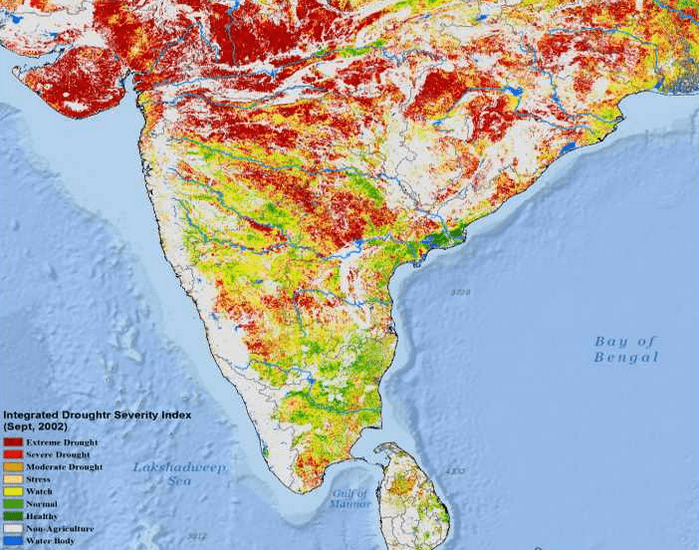