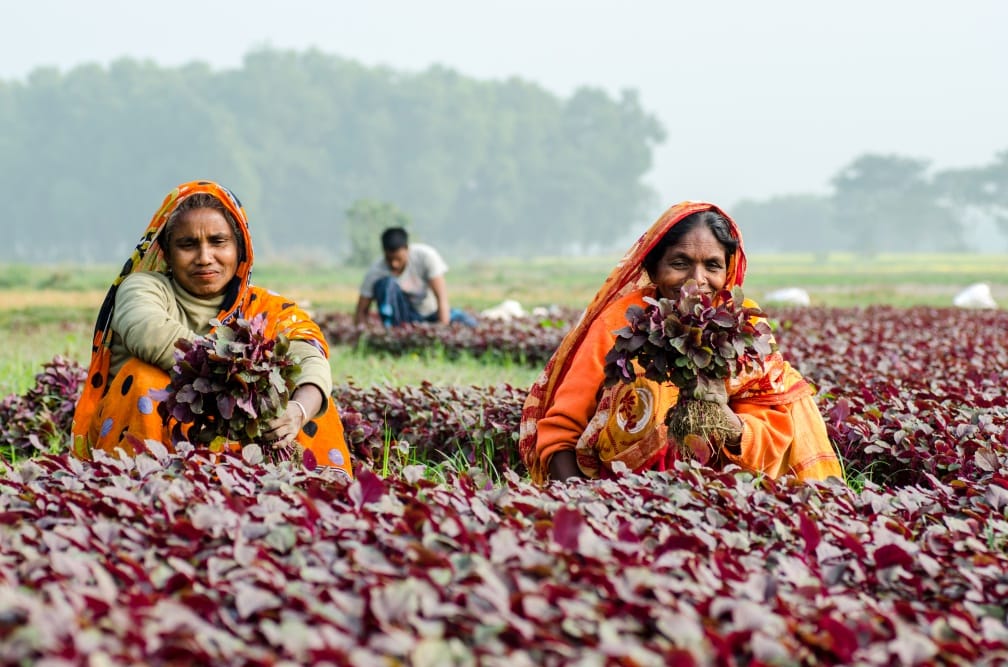 An index for measuring women’s empowerment in agriculture

Global
Maturity Level
Adoption or impact at scale
Stage of Development
Taken up by ‘next users’
Prev. Innovation
Next Innovation
ACTIVE:
2012 to present

Women have historically been undercounted in agricultural statistics – surveys conducted with “heads of households” tend to give priority to male perspectives, missing at least half the picture. And yet women’s empowerment is recognized as crucial to agricultural transformation in developing countries.

CGIAR researchers at the International Food Policy Research Institute (IFPRI) took on a challenge from the United States Agency for International Development (USAID) to develop a tool that could monitor women’s inclusion in agricultural sector growth, as part of the Feed the Future initiative.  In 2012, they launched the Women’s Empowerment in Agriculture Index (WEAI). WEAI is an aggregate index, reported at the country or regional level, based on individual-level data collected from men and women within the same household, offering a novel approach to measuring empowerment.

WEAI is comprised of two sub-indices: one measures five domains of empowerment for women: 1) production (sole or joint decision-making over food and cash-crop farming, livestock, and fisheries as well as autonomy in agricultural production); 2) resources (ownership of, access to, and decision-making power over productive resources such as land, livestock, agricultural equipment, consumer durables, and credit); 3) income (sole or joint control over income and expenditures); 4) leadership (membership in economic or social groups and comfort in speaking in public); and 5) time (allocation of time to productive and domestic tasks and satisfaction with the available time for leisure activities); the other sub-index measures gender parity in empowerment within the household.

Uptake of the original WEAI beyond CGIAR was immediate – it has grown beyond the original 19 locations where it was introduced to be used in at least 56 countries. In response to growing demand, CGIAR researchers at IFPRI developed the abbreviated WEAI (A-WEAI) to shorten interview length and modify questions that were difficult to implement in the field.

WEAI has been used in at least 56 countries

Increased demand for monitoring gender equality in agricultural development projects led to the development of the project-level WEAI (pro-WEAI), which includes optional modules specific to livestock, health, and nutrition, and qualitative protocols to facilitate mixed method studies. Most importantly, pro-WEAI marks an evolution in thinking: it examines intrinsic, instrumental, and collective agency – aspects of empowerment that are important to project success. The latest addition to pro-WEAI metrics, the project-level WEAI for market inclusion (pro-WEAI+MI), will also include enhanced modules on market inclusion.

To date, the original WEAI paper published in World Development has been cited 635 times. In addition to sparking critical dialogue in gender research, WEAI has sparked action: 108 organizations have used a WEAI-based metric across 56 countries. IFPRI’s aim for pro-WEAI was for five projects to use the metric to guide their programming, to reach 900,000 households and 4.5 million people, leveraging $25 million by its fifth year. The five-year actuals totaled 10 million people across 30 projects leveraging $2.4 billion. Demand for WEAI is so great, IFPRI is currently developing a distance learning e-course on it. The innovation continues to make a difference toward ensuring that women’s empowerment counts. 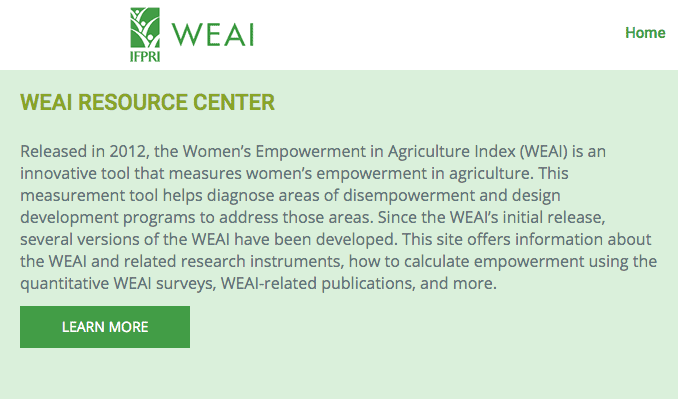 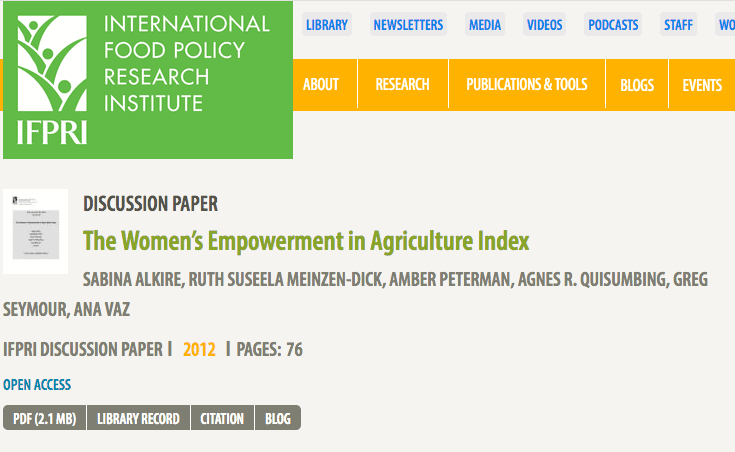 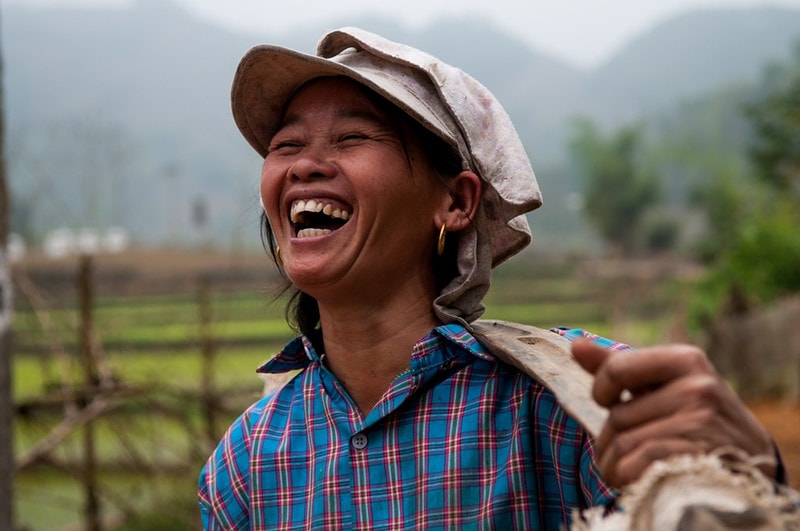 Blog: How I learned to stop worrying and love the index 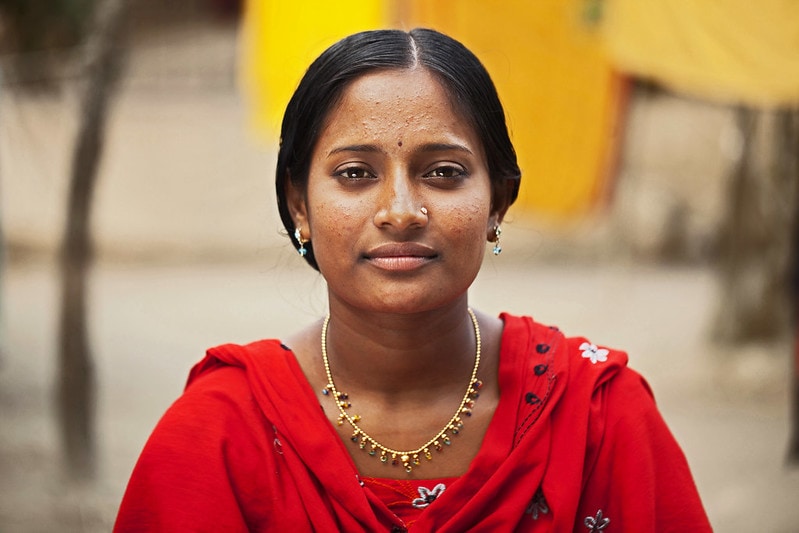 Publication: Women’s Empowerment in Agriculture: What Role for Food Security in Bangladesh?

Publication: What dimensions of women’s empowerment in agriculture matter for nutrition in Ghana?

Publication: Women’s empowerment in agriculture and dietary quality across the life course: Evidence from Bangladesh