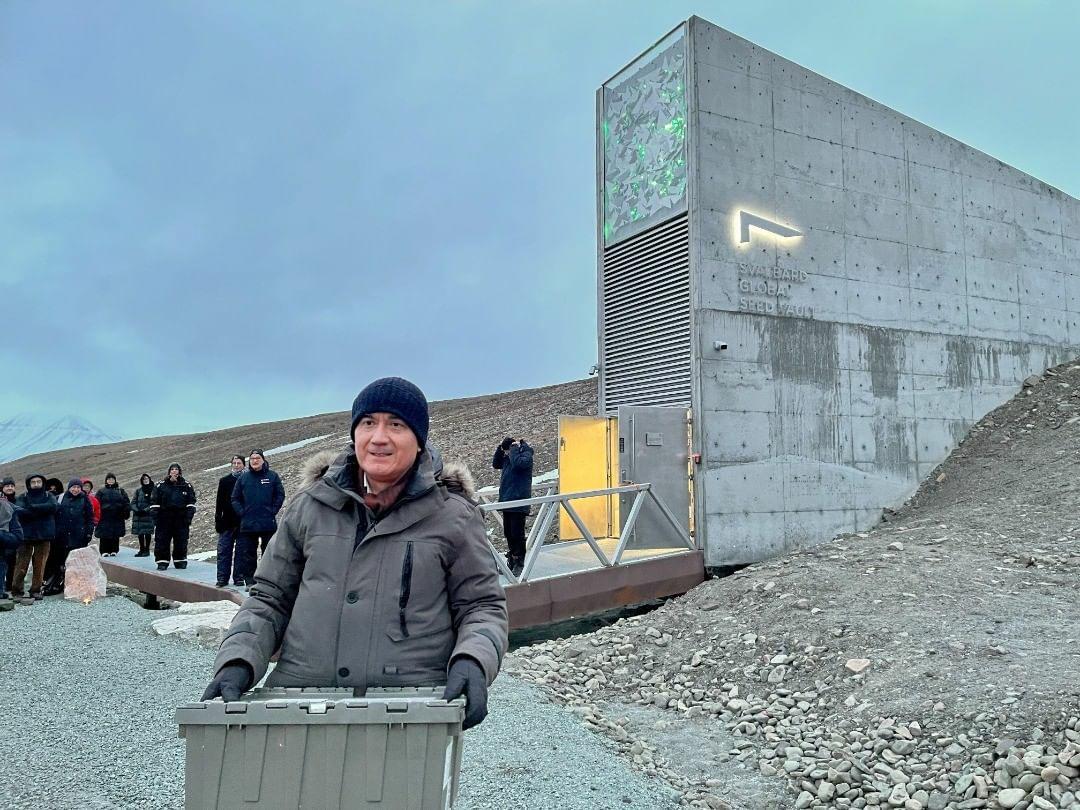 The Ambassador of Mexico to Norway, Ulises Canchola Gutiérrez, delivered a deposit from the International Maize and Wheat Improvement Center (CIMMYT) to the Svalbard Global Seed Vault on October 12.

CIMMYT was the ninth depositor in the Seed Vault in 2022, with a contribution of 263 accessions of maize and 3,548 accession of wheat.

“Professionally, I am pleased to carry out this activity that contributes to the conservation of genetic resources and guarantees food security of two of the major crops that feed the world,” said Rocio Quiroz, assistant research associate at CIMMYT. “When we prepare a shipment as a team, it is extraordinary because we contribute to the perpetuity of each accession deposited in the vault. Very few people have the privilege of doing so.”

What is the Seed Vault?

The Seed Vault is a genebank collection that holds duplicates of seeds from more than 1,700 genebanks around the world, playing the role of a backup collection. By protecting these varieties from catastrophic loss, the Seed Vault contributes towards food security for future generations.

Owned by Norway and managed in partnership between the Norwegian Ministry of Agriculture and Food, NordGen, and the Crop Trust, the Seed Vault currently holds 1,165,041 seed varieties, with capacity for millions more.

In 2020, CIMMYT was the largest contributor, providing 173,779 maize and wheat accessions from 131 countries.

How is germplasm stored at CIMMYT?

CIMMYT’s own germplasm bank contains approximately 150,000 unique collections of wheat seed and its ancestors and is the largest unified collection in the world for a single crop.

For maize, the germplasm bank contains more than 28,000 samples, including the world’s largest collection of maize landraces, representing nearly 90% of maize diversity in the Americas.

Carolina Sansaloni, manager of the wheat genebank at CIMMYT, said, “I am proud of all CIMMYT germplasm bank staff that made a great effort to send an additional 3,800 accessions to the Svalbard as safety duplications. This contribution is for the food security of humanity.”