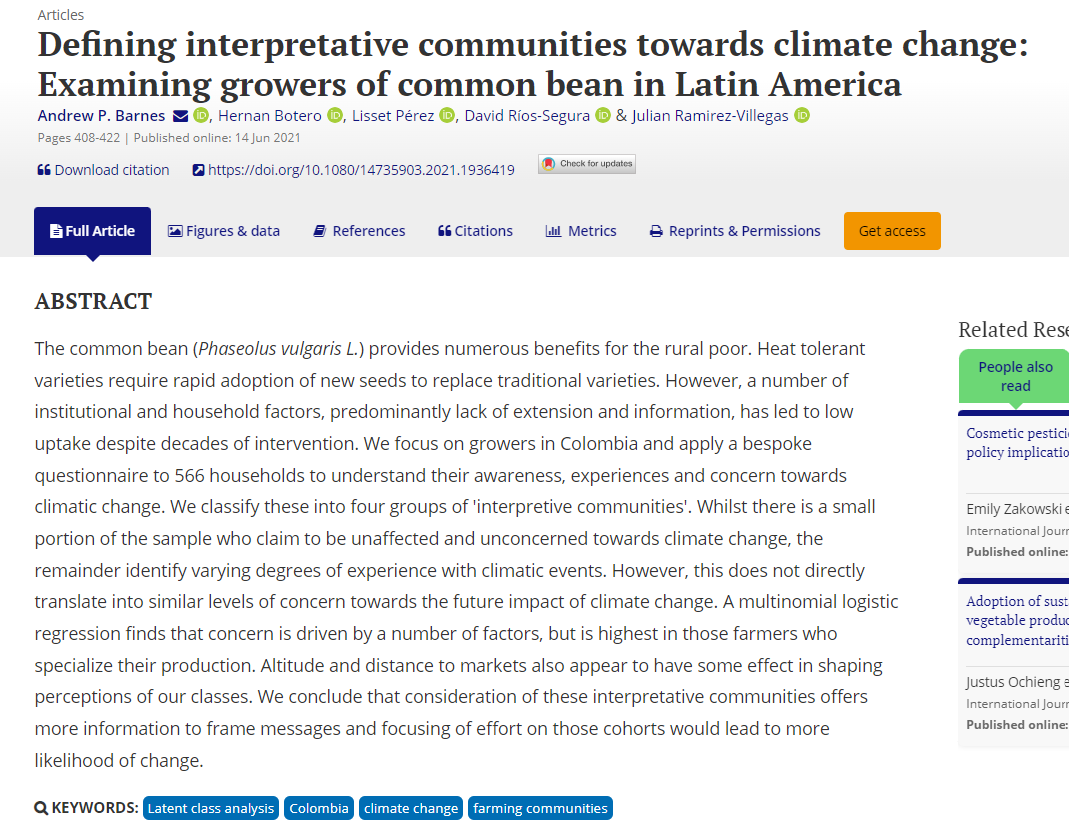 The common bean (Phaseolus vulgaris L.) provides numerous benefits for the rural poor. Heat tolerant varieties require rapid adoption of new seeds to replace traditional varieties. However, a number of institutional and household factors, predominantly lack of extension and information, has led to low uptake despite decades of intervention. We focus on growers in Colombia and apply a bespoke questionnaire to 566 households to understand their awareness, experiences and concern towards climatic change. We classify these into four groups of ‘interpretive communities’. Whilst there is a small portion of the sample who claim to be unaffected and unconcerned towards climate change, the remainder identify varying degrees of experience with climatic events. However, this does not directly translate into similar levels of concern towards the future impact of climate change. A multinomial logistic regression finds that concern is driven by a number of factors, but is highest in those farmers who specialize their production. Altitude and distance to markets also appear to have some effect in shaping perceptions of our classes. We conclude that consideration of these interpretative communities offers more information to frame messages and focusing of effort on those cohorts would lead to more likelihood of change.