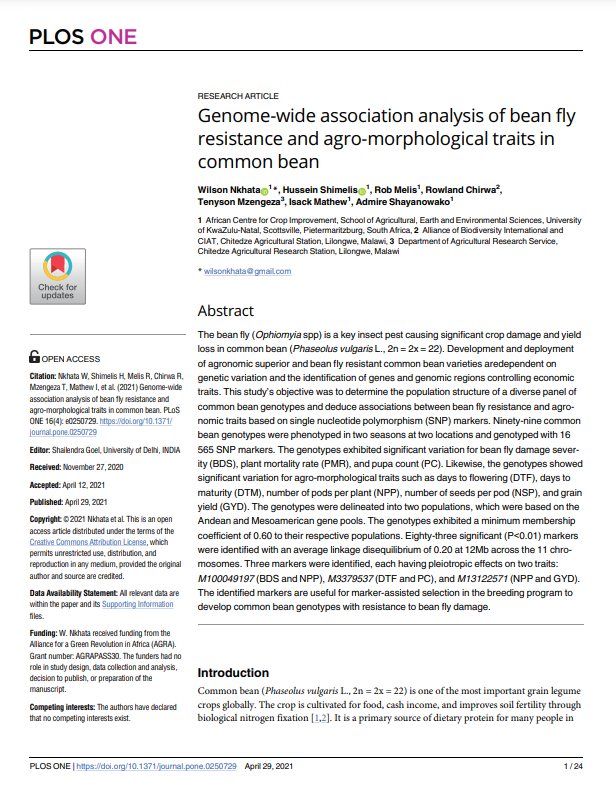 The genotypes were delineated into two populations, which were based on the Andean and Mesoamerican gene pools. The genotypes exhibited a minimum membership coefficient of 0.60 to their respective populations. Eighty-three significant (P<0.01) markers were identified with an average linkage disequilibrium of 0.20 at 12Mb across the 11 chromosomes. Three markers were identified, each having pleiotropic effects on two traits: M100049197 (BDS and NPP), M3379537 (DTF and PC), and M13122571 (NPP and GYD). The identified markers are useful for marker-assisted selection in the breeding program to develop common bean genotypes with resistance to bean fly damage.