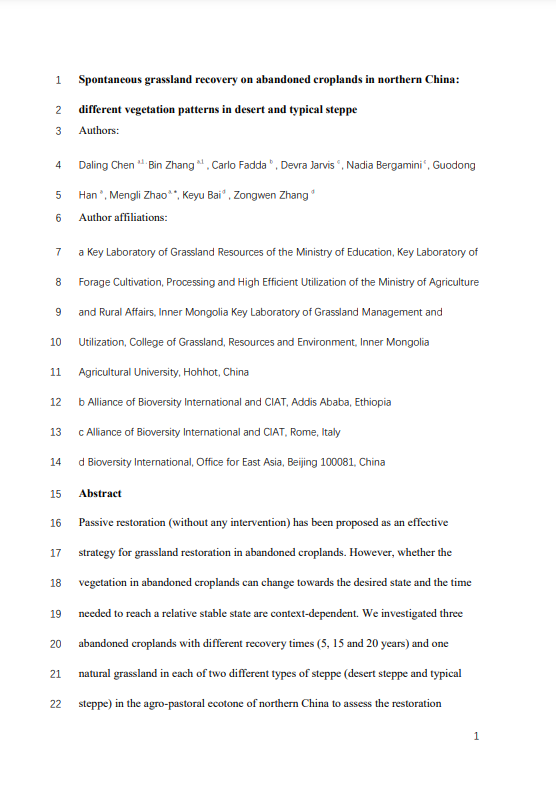 Above- and below-ground biomass as well as species biodiversity increased gradually with increasing recovery time. After 20 years of restoration there was no significant difference between abandoned
cropland and natural steppe in the typical steppe site, but above- and below-ground  biomass and species biodiversity were still lower in abandoned cropland in the desert steppe site. At the beginning of restoration, the communities were dominated mainly  by annual species, especially in the desert steppe. As recovery time increased, the biomass and richness of perennial graminoids and forbs increased significantly and replaced annual species as the dominant species. In both desert steppe and typical steppes, species similarity between restored and natural steppe increased over time,
suggesting that previously cultivated grassland recovered towards the desired state.

Our results indicate that 20 years was sufficient time for the restoration of croplands in the typical steppe, but more time may be needed in the desert steppe.