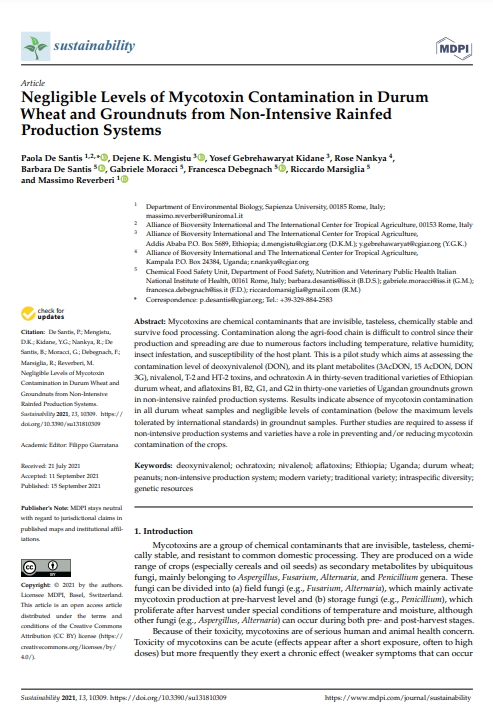 Mycotoxins are chemical contaminants that are invisible, tasteless, chemically stable and survive food processing. Contamination along the agri-food chain is difficult to control since their production and spreading are due to numerous factors including temperature, relative humidity, insect infestation, and susceptibility of the host plant. This is a pilot study which aims at assessing the contamination level of deoxynivalenol (DON), and its plant metabolites (3AcDON, 15 AcDON, DON 3G), nivalenol, T-2 and HT-2 toxins, and ochratoxin A in thirty-seven traditional varieties of Ethiopian durum wheat, and aflatoxins B1, B2, G1, and G2 in thirty-one varieties of Ugandan groundnuts grown in non-intensive rainfed production systems.