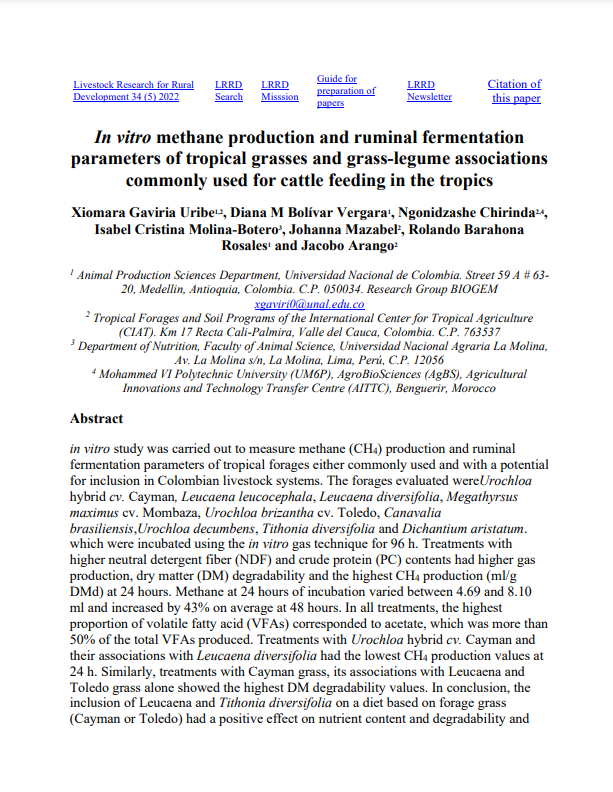 In vitro study was carried out to measure methane (CH4) production and ruminal fermentation parameters of tropical forages either commonly used and with a potential for inclusion in Colombian livestock systems.

Treatments with Urochloa hybrid cv. Cayman and their associations with Leucaena diversifolia had the lowest CH4 production values at 24 h. Similarly, treatments with Cayman grass, its associations with Leucaena and Toledo grass alone showed the highest DM degradability values. In conclusion, the inclusion of Leucaena and Tithonia diversifolia on a diet based on forage grass (Cayman or Toledo) had a positive effect on nutrient content and degradability and the group of treatments that included Cayman grass and its associations had lower CH4 production values and higher degradability than the rest of the treatments.