Bean production systems in Nicaragua: technology adoption in the face of climate adversity 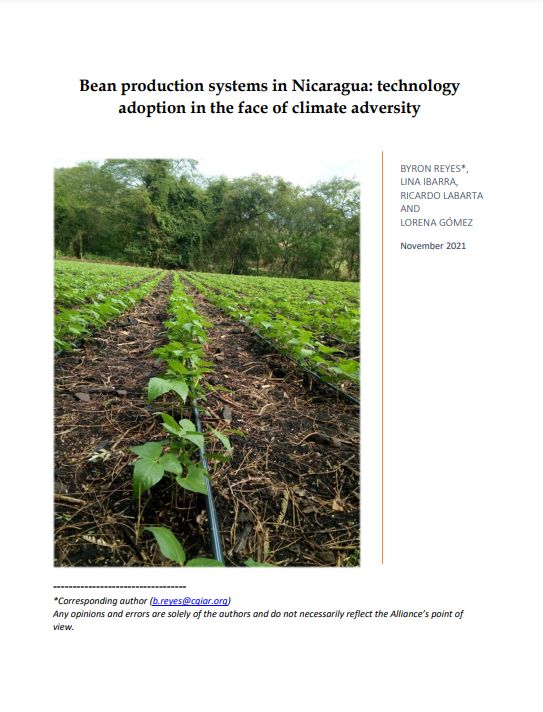 We documented the bean production systems in Nicaragua, focusing on the adoption of improved bean varieties (IVs) under adverse climatic (rainfall) conditions and its economic effect on adopting households. Using data from a representative sample of 589 farmers (341 located in the dry corridor), we demonstrate statistical differences in the socioeconomic characteristics, farm characteristics, and bean management practices between IV adopters and non-adopters, and by region (i.e., dry vs. non-dry corridors). Farmers in the dry corridor obtained significantly lower yields compared to farmers in non-dry areas. Further, 30% of farmers in Nicaragua had adopted at least one improved bean variety in the seasons of interest, and 28.3% of the bean area was grown with IVs. Adopting an IV positively affected yields –farmers obtained 11% higher yields– but had no statistically significant effect on profits. The results highlight the importance of growing improved bean varieties under adverse rainfall conditions, as farmers who adopted an IV in the dry corridor obtained 13.2% higher yields than non-adopters in the same region. We did not find statistical yield differences between IV adopters and non-adopters in non-dry regions.