Planting and management of improved grass in tropical savannas can increase soil carbon by 15 per cent, new paper finds 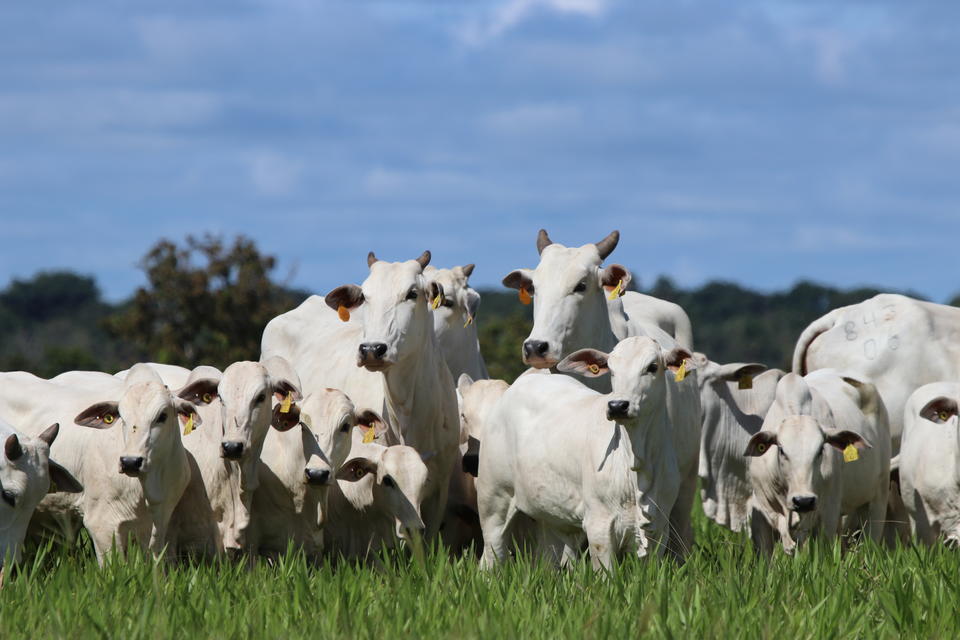 An improved variety of grass combined with a rotational grazing system can boost levels of soil carbon on tropical savannas by 15 per cent compared to degraded pasture, a new study performed by the Alliance of Bioversity International and the International Center for Tropical Agriculture (CIAT), the University of Stuttgart, and the World Bank has found.

Scientists tested Urochloa humidicola, or Koronivia grass, on an 8,000-hectare cattle ranch in Vichada, Colombia, and found soil carbon stocks 15 per cent above the control grassland, which itself had 40 per cent higher carbon stocks than the default value provided by the IPCC.

The Koronivia grass captures carbon from the atmosphere through photosynthesis and enhance its storagein deep soil layers through its root systems.

The results, published in Frontiers in Climate, also found the use of improved grass on the natural savanna reduced nitrous oxide (N2O) emissions from grazing cattle by a factor of 10, offsetting the emissions involved in cattle production. N2O is a more potent greenhouse gas than carbon dioxide.

“This study shows, for the first time, the extent to which improved forages can help achieve a negative carbon footprint for livestock production,” said Jacobo Arango, co-author of the paper and environmental biologist at the Alliance of Bioversity International and the International Center for Tropical Agriculture (CIAT).

Dr. Arango, who was also a lead author on the latest IPCC report on mitigation, added: “At this point, reducing emissions is not enough; we must actively sequester carbon from the atmosphere. In our study, Koronivia grass achieved both, offering a way to protect the environment as well as food and livelihoods generated by livestock.”

Cattle are responsible for roughly 9.5 per cent of all anthropogenic greenhouse gas emissions worldwide. This includes nitrous oxide emissions, which are roughly 300 times more potent than carbon dioxide at heating the Earth’s atmosphere.

While carbon sequestration and lower greenhouse gas emissions are critical to meeting the Paris Agreement targets, few feasible solutions have been proven to work until now. Reducing nitrous oxide emissions in particular has been highlighted as a priority by President Biden ahead of the UN COP27 climate talks in Egypt this month.

The Koronivia grass was sourced from germplasm at the Future Seeds genebank, which contains the world’s largest collection of tropical forages and is managed by CGIAR’s Alliance of Bioversity International and the International Center for Tropical Agriculture (CIAT). The facility, which is based near Cali, Colombia, helps to preserve crucial plant biodiversity while supporting cutting-edge agricultural research.