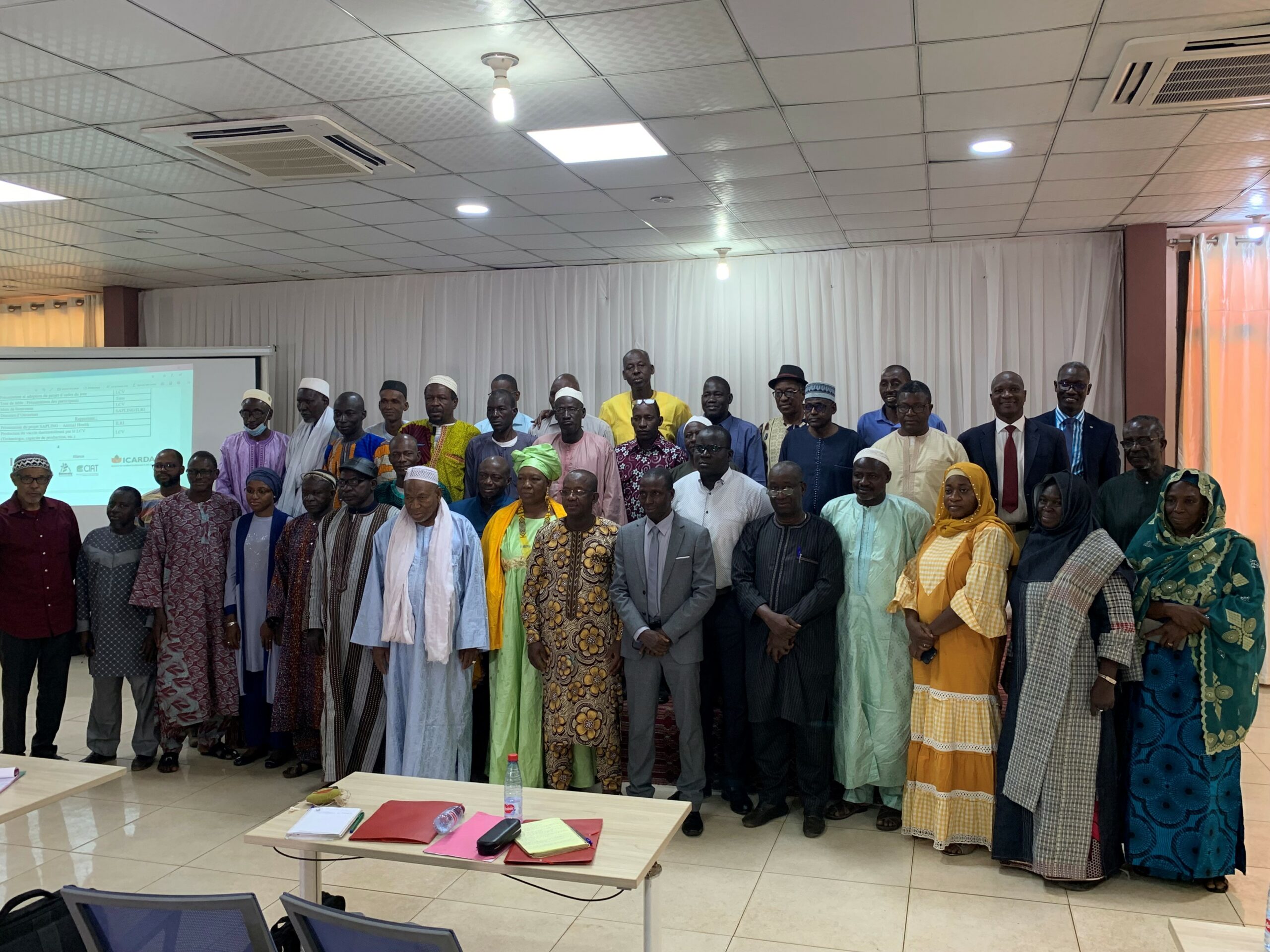 Peste des petits ruminants (PPR) disease is a major concern for the livestock sector in Mali. Its occurrence can have severe consequences on the large part of the population who depend on livestock as a major source of income, especially women and small-scale farmers in rural areas. Since 2016, a new technology to produce a thermotolerant vaccine has been transferred to Laboratoire Central Veterinaire (LCV) – Mali by ILRI, through a USAID-funded project Mali-Livestock Technology Scaling Program (FTF-MLTSP) with support from Hester Biosciences. LCV principal investigator Cheick Sidibe indicated that the proposed vaccine is very stable at higher temperatures, and can be easily handled and used in hotter and remote regions of the country. By reducing challenges related to transport, handling and cold chain storage, it will substantially improve vaccination coverage during national campaigns.

LCV has completed laboratory trials and produced positive results, while field validations are ongoing. ILRI and LCV are working towards scaling up the new thermotolerant vaccine across the country and in the region.

It is within this context that on 8 November 2022 a national workshop was organized through the activities of the new project ‘Sustainable Animal Productivity for Livelihoods, Nutrition, and Gender Inclusion (SAPLING)’, led by ILRI in collaboration with CIAT and ICARDA. The meeting brought together more than 45 representatives of different stakeholders and animal health actors to identify the elements of a business model for the scale-up and commercialization of PPR thermotolerant vaccine in Mali and the sub-region.

The opening ceremony of the workshop was chaired by Drissa Coulibaly, the representative of the adviser to the minister delegate in charge of livestock, the director of National Directorate of Veterinary Services (DNSV), who in his speech showed the interest of the government of Mali for such an innovation. He also indicated that the government would do everything possible to support this initiative.

Boubacar Maiga, the director of LCV, invited stakeholders to make relevant proposals for the scaling up of the thermotolerant vaccine that will contribute to a decrease in the prevalence rate of PPR and even its total eradication in Mali and in the sub-region.

Abdou Fall, country leader of the SAPLING project in Mali, congratulated the stakeholders for their large attendance at the workshop and urged them to be strongly involved in scaling up.

The workshop was then marked by three presentations. Abdou Fall presented the SAPLING Animal Health Work Package to participants. He was followed by ILRI scientific officer Ahmadou Sow’s presentation on the perceptions of vaccination by farmers and agents and feedback to farmers after the field tests. This was followed by deputy director general of LCV Cheick Abou Kounta Sidibé, who made a presentation on the thermotolerant vaccine production (technology, production capacity, quality of the vaccine, field testing). These presentations were followed by a question-and-answer session. Afterwards, participants worked in groups to address questions on three topics, including (1) constraints and proposed solutions for the proper use of the vaccine (2) business opportunities, and (3) the establishment of a strategy for vaccine dissemination. The group works were followed by a series of very rich questions and answers session.

From the group work and discussions in plenary, we can highlight the following:

The closing ceremony was marked by words of thanks from the LCV Director and Michel Dione, head of the animal health component of SAPLING Global. He invited the participants to commit to making the scaling up of the thermostable vaccine a reality in Mali and in the sub-region.

For more information on the SAPLING research initiative in Mali and the PPR thermotolerant vaccine, please reach out to Abdou Fall (a.fall@cgiar.org) or Michel Dione (m.dione@cgiar.org)