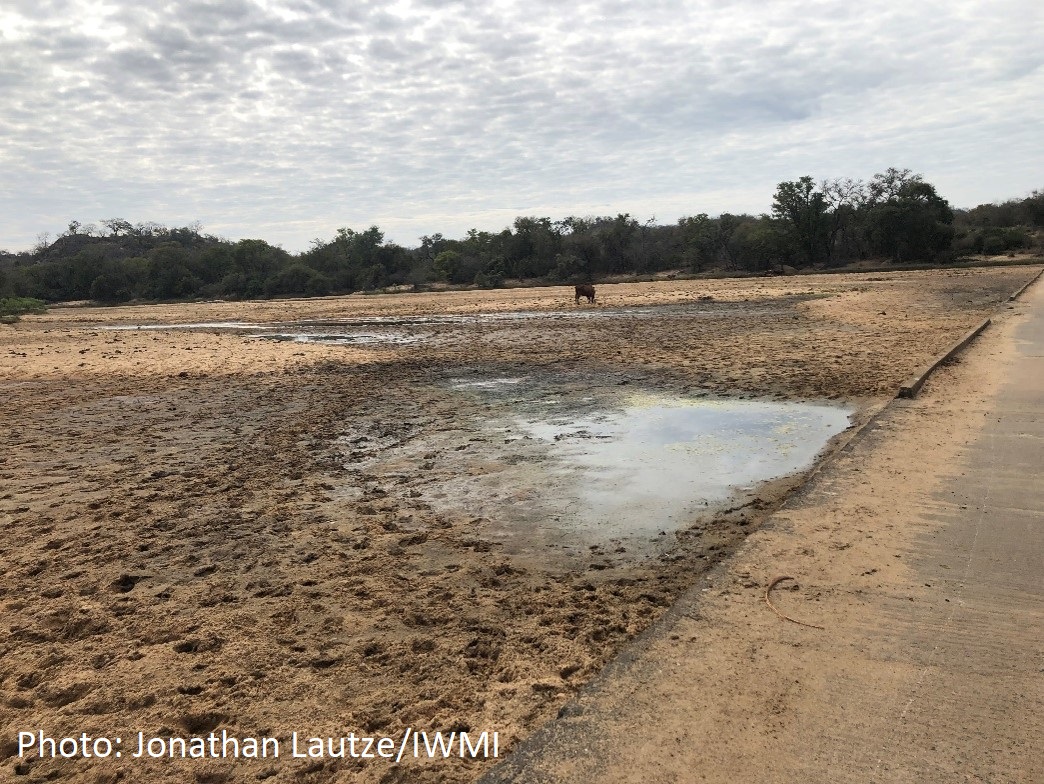 Much more work is needed to better understand and address our planet’s dwindling freshwater storage and weakening water security, concluded NEXUS Gains’ latest webinar, ‘Towards an integrated water storage diagnostic’. The event, held on Wednesday 21 September, was the fourth in a series introducing NEXUS Gains and its aim to realize multiple benefits across water, energy, food and ecosystems.

More than 70 people from around the world attended Wednesday’s online event, which was focused on the need for integrated diagnostic approaches to better understand long-term water storage needs and opportunities. The event was chaired by Jonathan Lautze, NEXUS Gains Work Package 2 lead and research coordinator for Southern Africa, who opened the webinar with an introduction to the initiative’s efforts to boost water productivity in Africa and Asia.

William Rex, a Senior Advisor at IWMI, gave a presentation underscoring the need for an integrated water storage diagnostic. He began by noting the diversity of natural freshwater stores used by humans, which includes groundwater, lakes, glaciers, soil moisture and wetlands. Dam reservoirs, despite their strong association with water storage, account for only 1.3% of the freshwater stores used by people. Mountain glaciers, in comparison, make up 18.4% of these stores, while groundwater comprises 60.7%.

Despite this diversity, our planet’s capacity to store freshwater is declining at an alarming rate. Since 1971, a combination of climate change, environmental degradation and increased demand has led to a net loss in global freshwater storage of approximately 27,000 billion cubic meters. Ice sheets, glaciers and groundwater have seen the greatest reductions in storage, followed by wetlands, lakes and soil. Although the number of artificial reservoirs has increased over the same time period, this fails to balance out the losses from other stores. According to William, “We’re seeing the threat of a growing freshwater storage gap at a global level.”

Water storage diagnostics should thus take into account long-term needs – on the scale of 50–100 years – and disaggregate these needs into key services, noting where overlaps exist. William emphasized the importance of mapping and measuring current storage capacities, both natural and artificial, and of moving beyond simple measures of water volume to a more complex understanding of stores as services. Finally, he noted the need to identify and model potential options for filling the freshwater storage gap, including by safeguarding and enhancing existing stores, building new reservoirs, and improving water use efficiency. The take home message was the need for more integrated approaches to water storage that consider the range of available storage and the services provided.

Possible solutions were then explored by Anita Lazurko, a PhD candidate at the University of Waterloo, Canada, and a consultant at IWMI. She summarized the results of a preliminary mapping and quantification exercise of existing water storage approaches that could inform the development of an integrated water storage diagnostic. These examples ranged from China’s ‘sponge cities’, which combine natural and grey infrastructure to improve urban water retention and reduce flooding, to Arizona’s adoption of water banking, which encourages water providers to store unused water in aquifers for dry years.

Anita’s presentation highlighted the range of options available for freshwater storage. Solutions can be based on cutting-edge technology: California’s Central Valley Hydrologic Model, for example, uses detailed three-dimensional simulations of surface and groundwater flows to predict competition between water users and inform decision making. Alternatively, effective solutions can be decidedly low-tech. In the Andean highlands outside the Peruvian capital of Lima, for instance, the restoration of a 1,400-year-old (but nevertheless sophisticated) infiltration system has improved the upstream catchment and strengthened the city’s water security.

“We need to think beyond grey infrastructure and consider the wide range of natural and historical water storage systems,” explained Anita. “It’s important to include these different perspectives and approaches and to take them seriously.” Remarking on the diversity of systems, she noted that “no single mapping and quantification method is ideal for all types of water storage. Different models offer different metrics for different purposes.”

The two presentations were followed by a Q&A session. Audience questions ranged from the importance of virtual water to the relative merits of building new infrastructure versus rehabilitating existing structures. As the hour-long webinar drew to a close, participants agreed that much more needs to be done to understand and improve freshwater storage. “There’s a huge amount of work that we collectively need to do,” concluded William. “In the face of climate change, we need to unpack what we mean by ‘need’ and ‘demand’ over the long term to enable more systematic approaches to freshwater storage.”

The event was closed by Jonathan, who noted that NEXUS Gains was – as part of its efforts to boost water productivity and storage management in Africa and Asia – already taking some of these suggestions forward. He invited attendees to contact the Initiative if they were interested in collaborating on freshwater storage projects.

You can also catch up on the previous webinars in this series on YouTube: