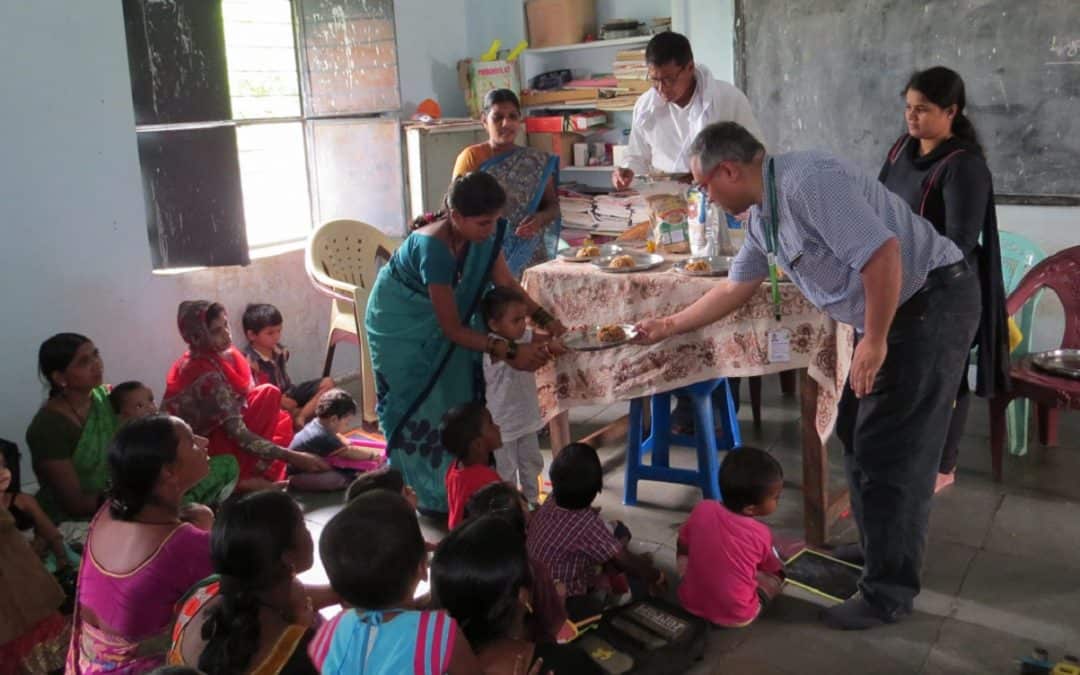 Energy-dense foods made from millets, sorghum and pulses are being provided to tribal communities in parts of India’s Telangana state to combat malnutrition. ICRISAT launched the diet diversification project, Giri Poshana, in collaboration with governments of India and Telangana after last year’s successful pilot project, the Nutri-Food Basket.

Prevalence of malnutrition, including anemia, is reportedly high in tribal communities consuming undiversified diet. In Telangana’s Utnoor, Bhadrachalm and Eturnagaram blocks, where the food intervention was initiated, over 63% women and 56% children aged under 5 are anemic. About 22% – 35% of the children are also underweight while 26% to 38% are stunted. Wasting ranges between 13% and 22% in this age group.

“Nutritionally balanced food products, formulated from local crops and validated at the NPK laboratory, are supplied to supplement existing diet of the beneficiaries. These foods are processed to enhance digestibility of carbohydrate/proteins and ensure enhanced bioavailability of micronutrients. The project is expected to improve key nutritional parameters among children and women,” said Dr Saikat Datta Mazumdar, Chief Operating Officer, NPK program.

The supplemental food that was introduced in Telangana to combat malnutrition. Photo: ICRISAT

Giri Poshana is funded by Ministry of Tribal Affairs, Government of India, and Commissionerate of Tribal Welfare, Government of Telangana.  Block-level Integrated Tribal Development Agencies (ITDAs) are working with ICRISAT in food distribution and monitoring.