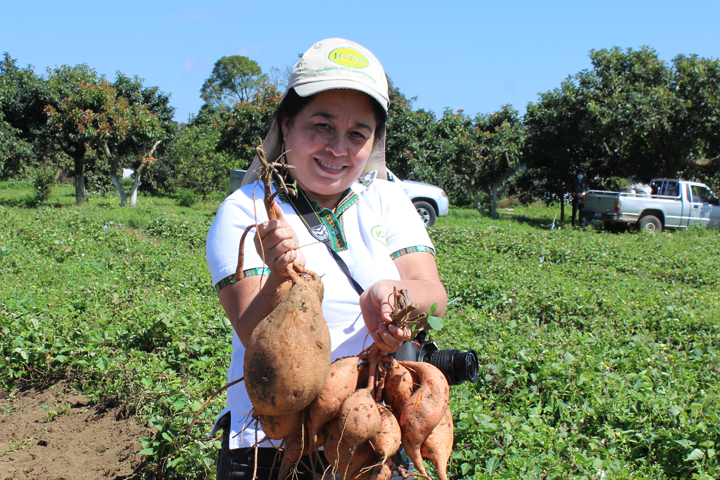 An estimated two billion people suffer undernourishment, or micronutrient deficiencies, which is why CGIAR centers have partnered with national agricultural programs across the globe on biofortification – increasing the vitamin and mineral content of staple crops through breeding.

An example is the International Potato Center’s (CIP) past decade of work developing and promoting biofortified orange-fleshed sweetpotatoes to combat one of the most pernicious forms of undernutrition – vitamin A deficiency (VAD). Vitamin A deficiency not only weakens young children’s immune systems, increasing their risk of death from infections or common diseases, it is also a leading cause of preventable blindness, resulting in an estimated 250,000 to 500,000 children going blind each year.