A GIFT for generations to come: The fish ending poverty and hunger for millions 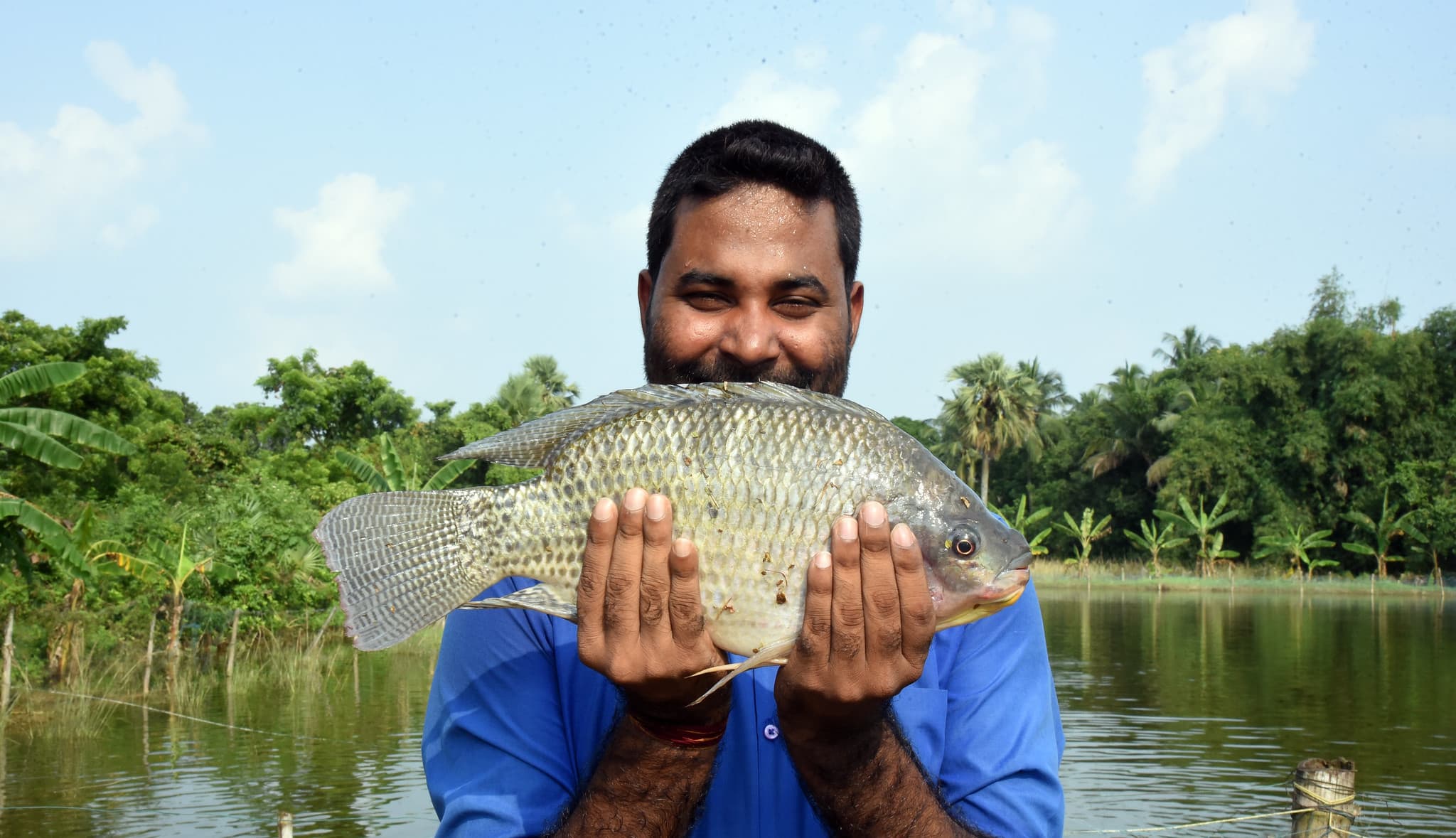 Fish bred to address poverty and hunger have now reached 16 countries, with more to follow in the coming years. The Genetically Improved Farmed Tilapia, or GIFT, strain is recognized as a significant technological advance and an International Public Good, and is already contributing to food supplies and incomes for millions of people around the world.

The landmark innovation in aquaculture has been more than three decades in the making, spanning five continents and 23 generations of fish. Starting out in the 1980s with work by scientists from WorldFish (then known as ICLARM), years of selective breeding have resulted in an improved strain of tilapia that produces better fish, offering a sustainable source of income, food and nutrition for fish-farming communities.

Ongoing work is dedicated to further dissemination and continued improvement of the strain, including new resilience traits, while upholding the commitment to environmental and social responsibility in which it was first developed.

Fish farmers continue to welcome the GIFT strain, with reports of faster growth, higher yields, and a greater return on investment. Around 75 percent of GIFT fish are consumed in developing countries, where the strain has the greatest potential for impact on poverty, hunger and nutrition.

Farmed fish now make up almost half the world’s fish supply, and the sector is growing rapidly to meet burgeoning demand for fish. The second-most commonly farmed fish is tilapia, prized by producers large and small for its hardiness and quick growth.

In the race to meet the needs of a growing global population, fish play an important role – packed with protein, essential fatty acids and nutrients, fish can meet dietary needs without causing environmental damage on the scale of livestock.

“[Fish] are very nutritious, many people can grow them easily, and they have a small environmental footprint, and that means that they’ve got great potential to improve food and nutrition security,” says John Benzie, Principal Scientist at WorldFish.

GIFT and GIFT-derived strains now account for at least 68 percent of aquaculture production in the Philippines, and as much as 75 percent in Bangladesh.

Fast-growing fish can also help farmers recover after natural disasters. In the Philippines, GIFT played an important role in disaster response after the country was hit by Super Typhoon Haiyan in 2013. Families that normally relied on coconut palms for their livelihoods found their trees destroyed by the storm, facing a wait of seven years for the palms to regrow. After receiving GIFT fingerlings for their hatcheries, some farming families were able to recover their usual incomes in only a matter of months.

In Bangladesh, where 40 percent of the population struggles with poverty and food insecurity, tilapia production increased fivefold over five years following the introduction of GIFT in 2005. There are now more than 400 fish hatcheries operating across the country. Aside from feeding people, the booming aquaculture sector also provides job opportunities in breeding high quality tilapia seed and ensuring best practice pond management for maximum production and minimum environmental impact.

Global rates of adoption show no sign of slowing yet. “[GIFT] gives [farmers] a good crop, a good income and a higher profit. So all in all, a better life,” says Benzie.

In the 1980s, selective breeding for fish was a new innovation. The method had been used for more than a century for crops and livestock, but was rarely used for fish.

A lack of knowledge about breeding and pond management meant that a lot of tilapia farms in the developing world suffered from crowded ponds, inbreeding and low productivity. With the world’s population predicted to boom, scientists were determined to secure a better food source.

The GIFT project was launched in 1988 by WorldFish and partners in Norway and the Philippines. Based on the systematic breeding method used in Norway the 1970s to produce fast-growing salmon and trout, the GIFT project trialed the same for tilapia, resulting in the world’s first genetically improved tropical aquaculture species.

The initial trials crossed wild Nile tilapia from Egypt, Ghana, Kenya and Senegal with farmed tilapia from Israel, Singapore, Taiwan and Thailand. Floy tags, and later microchips, were used to keep track of full sibling families to avoid inbreeding, with the parents of each successive generation selected to enhance certain traits, including fast growth.

By 1997, almost a decade into the project, the improved tilapia strain was growing 85 percent faster than the starting generation. Now the growth rate is 100 percent faster, more than 20 generations on.

At WorldFish headquarters in Malaysia, work is ongoing to continually improve the GIFT strain. There are plans to take genetic selection to the next level with DNA-based approaches and genomic tools, especially for traits that are less visible to the eye, like disease resistance, salinity tolerance, feed conversion and efficiency, and so on.

Classified as an International Public Good, the GIFT germplasm is made freely available to countries, research organizations, farmers and others that are prepared to agree to the terms of responsible use. Care is taken to ensure that international transfers are conducted in an environmentally and socially responsible way, in line with international guidelines.

As efforts continue to increase national production rates, lower prices for consumers, and produce better fish with higher yields, it is more important than ever to keep at the forefront of concerns the reason GIFT was created – to address global problems of poverty and hunger – ensuring it can continue to have impact for generations to come.

This work has been made possible by the generous support of contributors to the CGIAR Trust Fund and, more recently, the support of the European Commission and the International Fund for Agricultural Development.

Photo: Fish farmer Pradosh Kumar Acharye with a GIFT strain tilapia in Odisha, India. Since the 1980s, the improved strain of fish has contributed to livelihoods and food and nutrition security for millions of people worldwide. Photo by A. Mahapatra/WorldFish