Where are the public education campaigns about climate change? 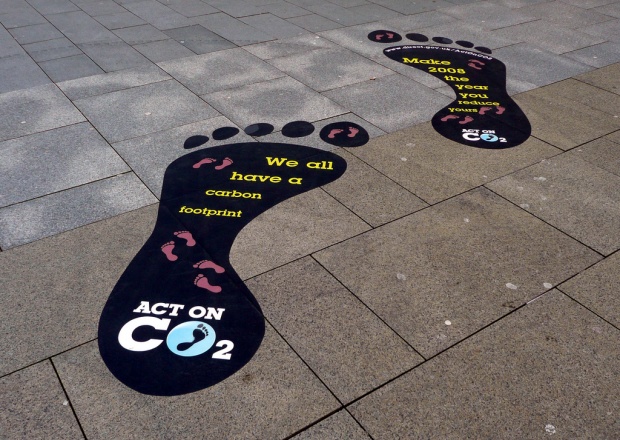 When the HIV/AIDS epidemic became recognized as a serious threat to public health, there were very public campaigns that educated people on how to avoid infection—this involved sharing scientific knowledge with people. Billboards are still common around many cities to promote safe sex and HIV testing.

There are some parallels with the threats posed by climate change—it doesn’t discriminate between rich and poor, the effects are going to be felt in many aspects of our lives, and we can change our behavior to reverse course and keep it from spreading. So where are the concerted efforts to educate the public about climate change and how they can contribute to either mitigation or adaptation?

It seems that altering our lifestyles in high-income economies is more of a taboo topic than sex. And if international donors can fund projects that put up billboards talking about condoms, why have we not started seeing billboards advocating for planting new varieties of seeds that are drought-tolerant or widespread campaigns to switch from wood and charcoal to alternative fuel sources to protect from widespread deforestation? Or even simple displays to just educate the public about how to reduce their daily carbon footprints?

The answer is that there is no single behavior change that can protect us from climate change—the effects are going to be felt differently in different areas and even within the same household men and women will experience different impacts.

We need science—widespread, publicly accessible knowledge—to educate us all on how to tackle this wicked problem. This should not be a top-down, one-way street (from scientists to farmers) but rather we need to recognize indigenous knowledge and integrate it into analyses. It is also important to help indigenous people understand that some of their traditional daily behaviors are sometimes contributing to climate change mitigation.

Science as a human right should be recognized as a way to help achieve other human rights, such as the right to food. As climate change interferes with agriculture, sharing information with farmers, for instance through climate services, is crucial to ensuring that food production meets future needs.

Maybe we can learn some lessons from the public health sector on how to do ‘behavior change communication’. We need to ensure citizens around the world have access to and can benefit from science to help them cope with the effects of climate change broadly and more specifically on how to adapt and mitigate it in the agriculture sector.