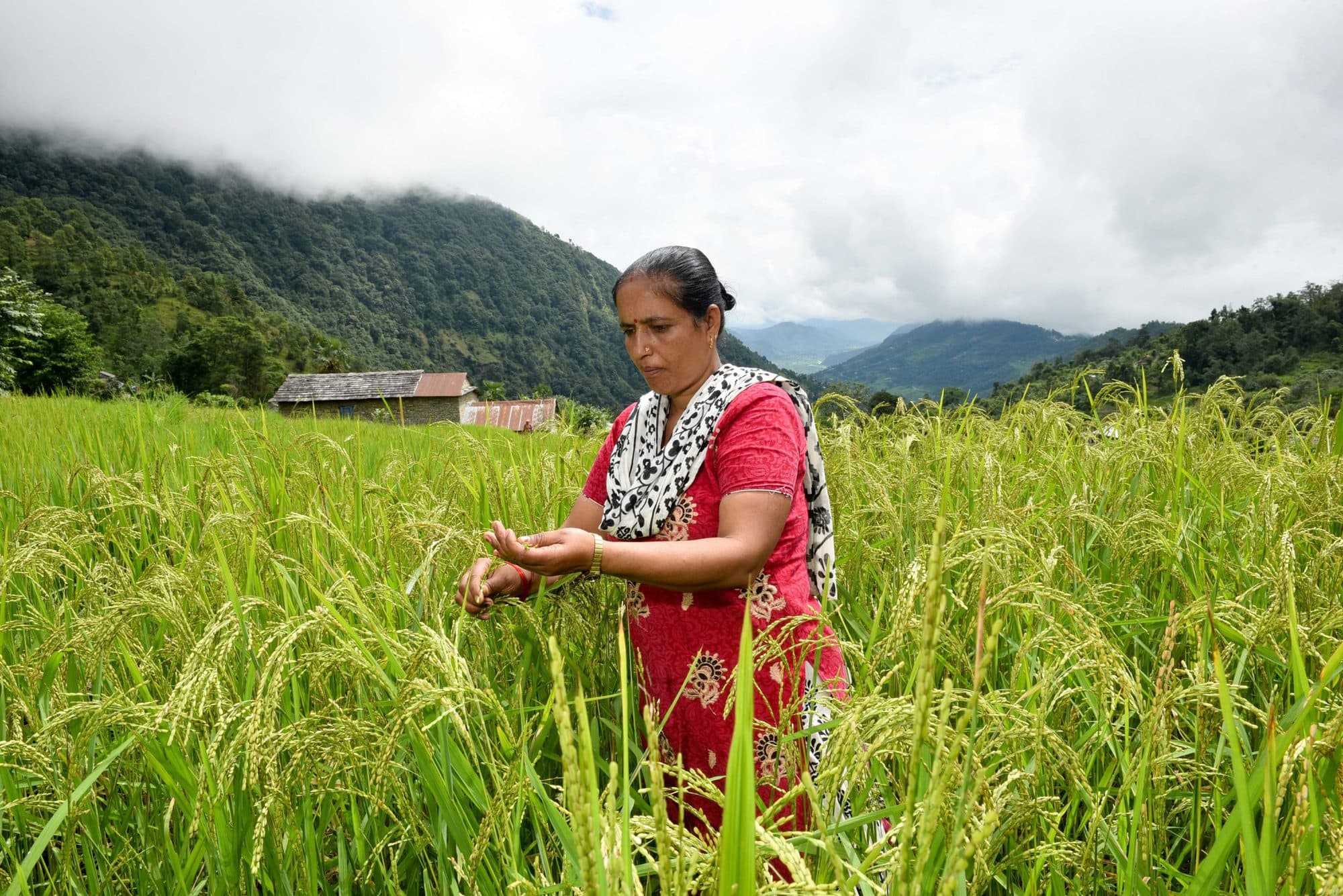 Global
Maturity Level
Adoption or impact at scale
Stage of Development
Taken up by ‘next users’
Next Innovation
ACTIVE:
2009 to present

Climate change affects every aspect of agriculture, from changes in weather patterns to soil quality and availability of water. It exacerbates social and economic inequalities, and threatens to backtrack global progress on sustainable development, including goals to end poverty and hunger.

Innovations for climate adaptation and mitigation are a major focus for CGIAR scientists and their partners around the world. New “climate-smart” methods, technologies and approaches are constantly being co-developed and adapted to specific local contexts.

The Climate-Smart Village approach, pioneered by the CGIAR Research Program on Climate Change, Agriculture and Food Security (CCAFS) and partners, is one standout innovation that has shown to make a difference in regions around the world heavily impacted by the ravages of climate change.  The villages try to imagine what exactly a climate-smart future would look like, and what practical steps smallholder farmers can take to adapt their agricultural practices to secure dependable food supplies and livelihoods. They also strive to understand how this can be done while decreasing greenhouse gas emissions or increasing carbon sequestration, limiting future climate change.

Sites are selected from areas which are likely to suffer most from a changing climate, and where CCAFS partners have existing links with local communities. After potential sites are selected, a steering group of community representatives and researchers identify appropriate climate-smart options for that village together. These might include climate-smart technologies, climate information services, local development and adaptation plans and supportive institutions and policies. The community chooses its preferred options via a process that aims to be as participatory and inclusive as possible, encouraging women and more vulnerable groups to participate.

In addition to farm practices, farmers in Climate–Smart Villages also test new services, such as tailored weather forecasts to plan planting, harvesting and other activities on the farm. Advisories and weather forecasts are delivered by mobile phones, which are also used to enable farmers to buy index-based insurance that gives them a measure of protection in the event of extreme weather.

In the first phase from 2011-2014, as many as 18 Climate-Smart Villages were successfully established across West and East Africa, South and Southeast Asia, and Latin America. By 2017, a total of 35 were actively managed by CCAFS and partners, covering 20 countries. Today, the original Climate-Smart Villages are still active in 12 countries, while thousands more have been scaled up via public and private sector involvement throughout South and Southeast Asia, potentially benefitting millions of farmers.

In West Africa, climate-smart innovations have targeted the problem of rice production in inland valleys. West Africa is far from self-sufficient in rice, and this situation is projected to worsen under climate change in the face of increased water issues related to floods and droughts.

The Smart-Valleys approach was developed by CGIAR Research Center AfricaRice and partners as a low-cost, participatory and sustainable approach to develop the bottoms of inland valleys for rice-based systems. The approach follows a step-wise procedure focusing on design, layout and construction of low-cost water-control infrastructure, following a careful selection procedure that pays attention to both socio-economic and biophysical factors, making extensive use of farmers’ knowledge. Major advantages mentioned by farmers are the increased water retention in their fields, less risk of fertilizer losses due to flooding and increased rice yields.

From 2012 to 2020, the approach was adopted via training programs in five countries in West Africa (Benin, Burkina Faso, Liberia, Sierra Leone, and Togo), recording a 94% increase in rice yield. An impact assessment study revealed that adoption of the approach had enabled producers to increase their net income by $267 per hectare under climate change-affected conditions. To date, 1,370 hectares have been developed using this approach, benefitting at least 14,027 households.

Header image: A farmer in a Climate-Smart Village in Nepal. Photo by N. Palmer/CIAT. 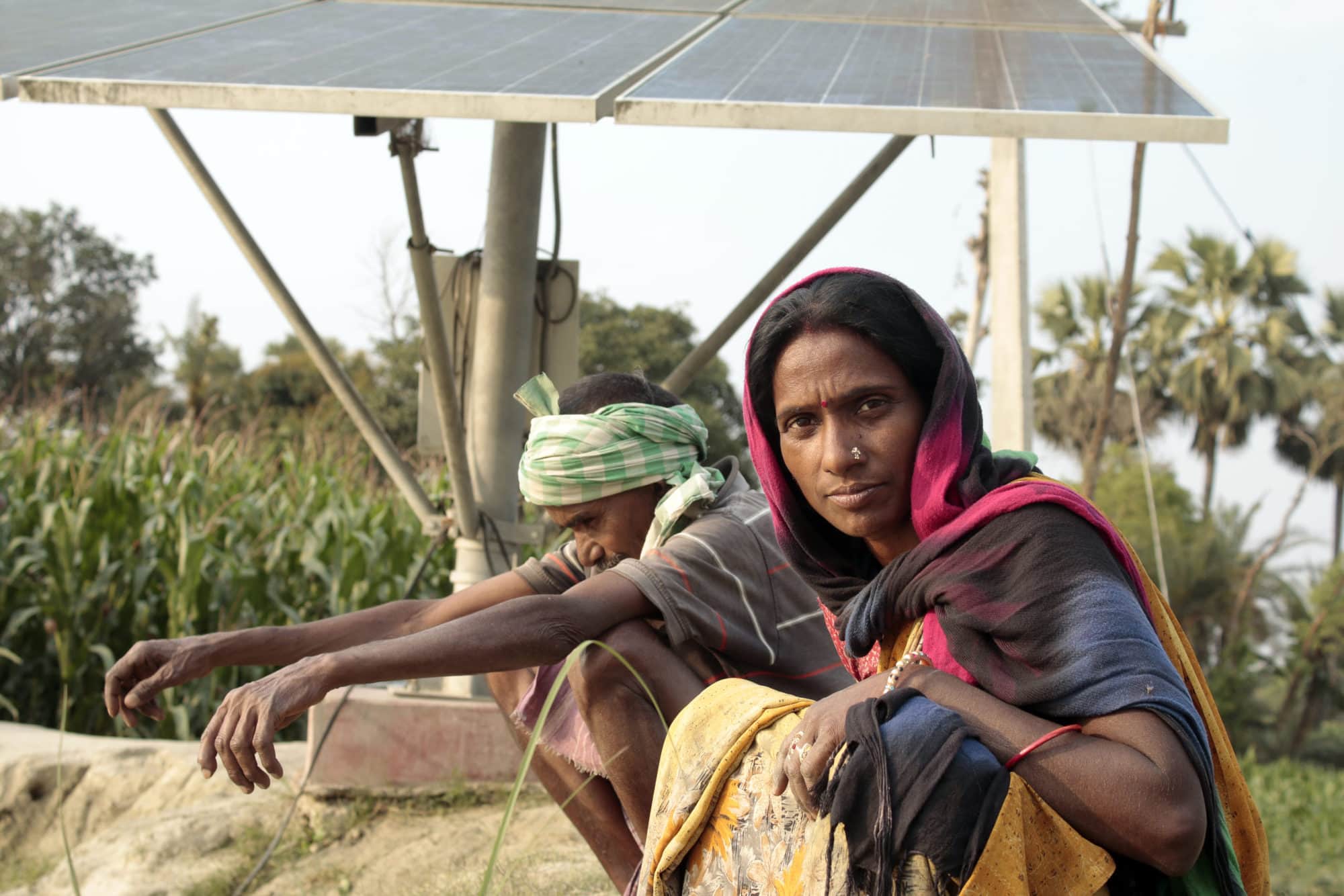 Website: The climate-smart village approach: framework of an integrative strategy for scaling up adaptation options in agriculture 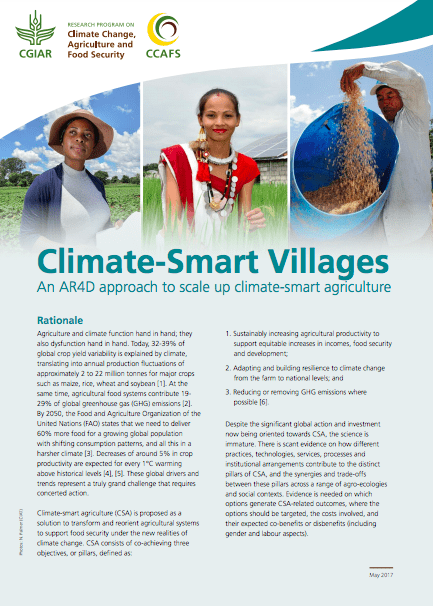 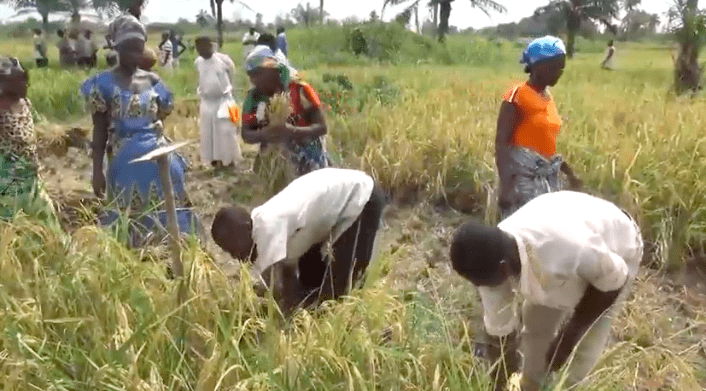