TH3.2: Men's rural-to-urban migration in Burundi: effects on on banana farming systems by wives of migrants 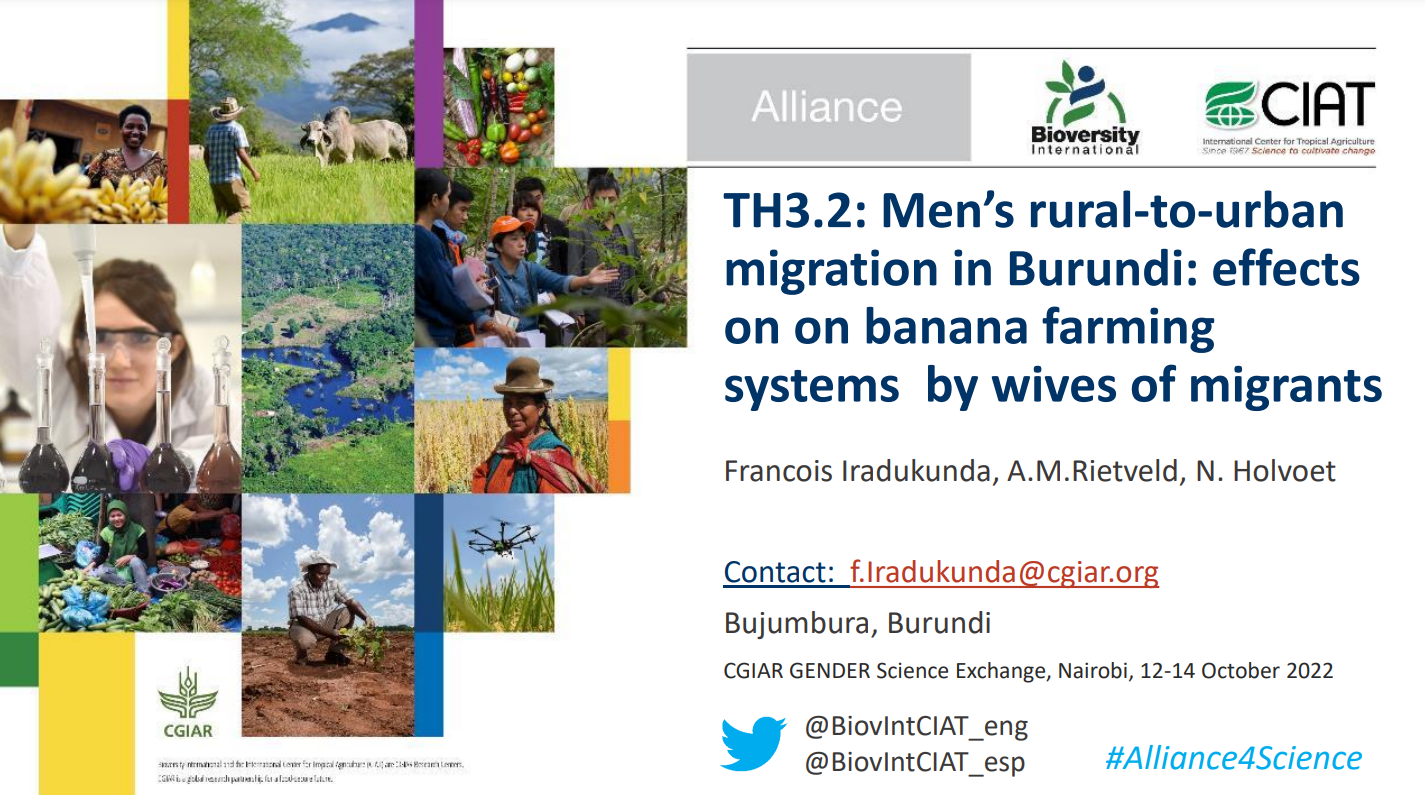 This case study draws upon a mixed-methods research design involving 29 semi-structured interviews, 6 focus group discussions, and a household survey (N=180) to shed the light on how a ‘men’s crop’ is managed by wives in the absence of their out-migrated husbands. While prevailing narratives consider the banana as a ‘men’s crop’, we highlight the significant ways that household structural changes induced by male out-migration challenge the narratives. In the absence of the out-migrated husbands, the wives become primary decision-makers and have as much interest as men in the banana crop. We find that not having enough land implies not having banana which is the main source of income in Burundi and leads to poverty and male out-migration.

At the same time, the migration remittances contribute to the acquisition of land and banana and the wives of migrants play a key role in that process. However, the negative stereotypes surrounding men’s views on women’s capabilities to manage the farms and existing gender-differentiated norms in the household and on the farm are likely to perpetuate and reinforce existing gender inequalities embedded in the management of the cash crops such as banana. This study suggests exploring shifting gender roles and practices in farm management in the absence of men (rather than relying on stereotypes) as an entry point to advocate on gender transformative approach in agri-food systems in Burundi.