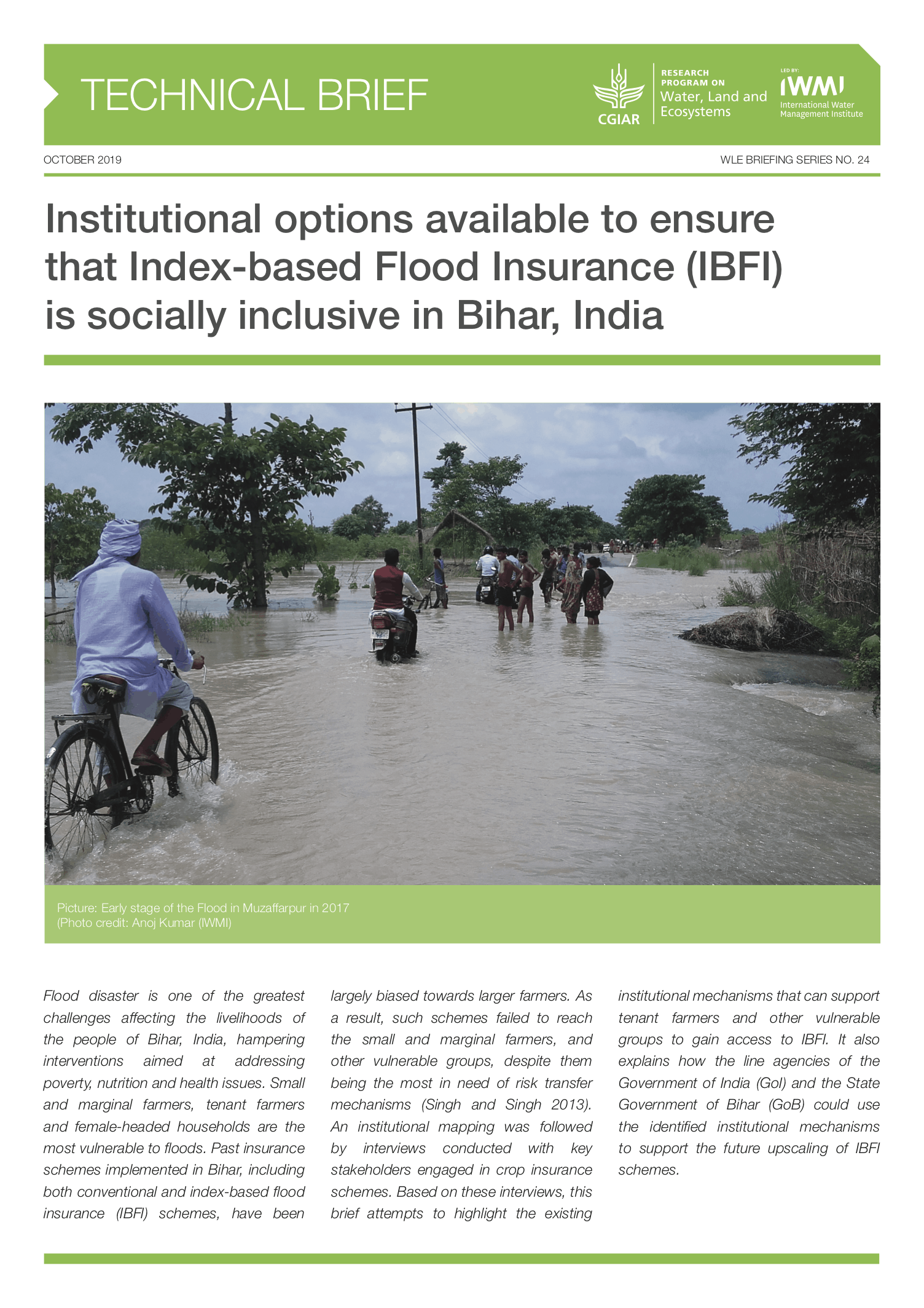 Flood disaster is one of the greatest challenges affecting the livelihoods of the people of Bihar, India, hampering interventions aimed at addressing poverty, nutrition and health issues. Small and marginal farmers, tenant farmers and female-headed households are the most vulnerable to floods. Past insurance schemes implemented in Bihar, including both conventional and index-based flood insurance (IBFI) schemes, have been largely biased towards larger farmers. As a result, such schemes failed to reach the small and marginal farmers, and other vulnerable groups, despite them being the most in need of risk transfer mechanisms (Singh and Singh 2013). An institutional mapping was followed by interviews conducted with key stakeholders engaged in crop insurance schemes. Based on these interviews, this brief attempts to highlight the existing institutional mechanisms that can support tenant farmers and other vulnerable groups to gain access to IBFI. It also explains how the line agencies of the Government of India (GoI) and the State Government of Bihar (GoB) could use the identified institutional mechanisms to support the future upscaling of IBFI schemes.