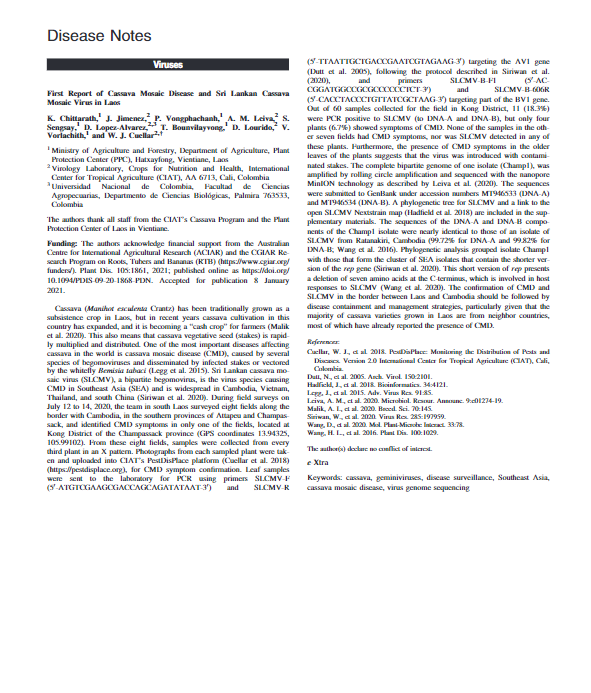 Cassava (Manihot esculenta Crantz) has been traditionally grown as a subsistence crop in Laos, but in recent years cassava cultivation in this country has expanded and is becoming a ‘cash crop’ for farmers (Malik et al., 2020). This also means that cassava vegetative seed (stakes) is rapidly multiplied and distributed. One of the most important diseases affecting cassava in the world is the Cassava Mosaic Disease (CMD), caused by several species of begomoviruses and disseminated by infected stakes or vectored by the whitefly Bemisia tabaci (Legg et al., 2014). Sri Lankan cassava mosaic virus (SLCMV), a bipartite begomovirus, is the virus species causing CMD in Southeast Asia (SEA) and is widespread in Cambodia, Vietnam, Thailand and south China (Siriwan et al., 2020). During field surveys on July 12 to 14, 2020, the team in south Laos, surveyed 8 fields along the border with Cambodia.