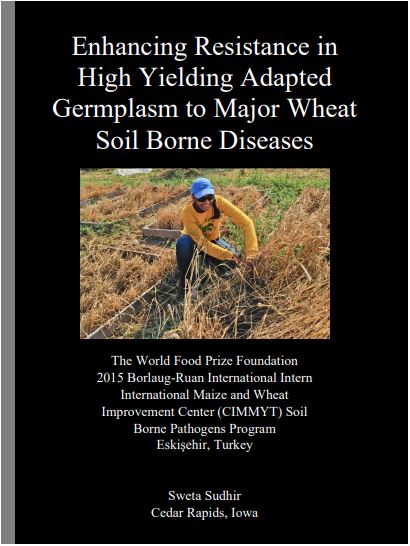 Growing up in India, I saw poverty on the streets every day as people with sunken cheeks and frail bodies asked for food. While this isn’t representative of all of India, the hunger was difficult to overlook. I expected the issue to disappear when I moved to America, but it was simply a different scene from the same story. In the middle of a freezing winter in Iowa, men, women, and children stood in lines outside the local food pantry, waiting for a warm, nutritious meal. I was shocked that this issue is so prevalent even in one of the most developed countries. I got involved in various volunteer opportunities to help reduce hunger in my local community including meal packaging, canned-food drives, and volunteering at the local soup kitchen, but I had a strong desire to do more. For most of my life I have lived in Cedar Rapids, Iowa. Live in a state known as the agricultural capital of the world and having a large corn field right next to my house gave me a singular view that food is abundant for many. It wasn’t until I was introduced to the World Food Prize (WFP) organization that I began to understand the enormity of food insecurity. When my AP biology teacher, Mr. Brad Horton discussed an opportunity to get involved in WFP, I was excited for a chance to impact the global community. In my research paper presented at the Iowa Youth Institute, I focused on water scarcity and its impact on rural farmers in Andhra Pradesh, India. I developed a deeper understanding of the issues causing food insecurity through the research done for that paper, my interview with a farmer from that region, and the various symposia at the state youth institute. Jo Luck, the keynote speaker and 2010 recipient of the World Food Prize, inspired me with the impacts she brought around through Heifer International. I found out that I made it to the Global Youth Institute (GYI) on my birthday and I couldn’t have asked for a better gift that day. I eagerly awaited the chance to meet other students passionate about fighting food insecurity. It was a great opportunity to interact with scientists, farmers, and corporate officials from around the world leading this movement. Sitting next to these individuals, I learned that today’s generation must invest in this fight to be able to feed the projected population of 9 billion by 2050. I also conversed with Borlaug-Ruan International Interns from previous year and learned about this 8 week internship abroad to research issues related to food security. Hearing about those students’ experiences, their contributions, I decided to apply for the same internship.