Researchers use DNA prediction models to speed up banana breeding 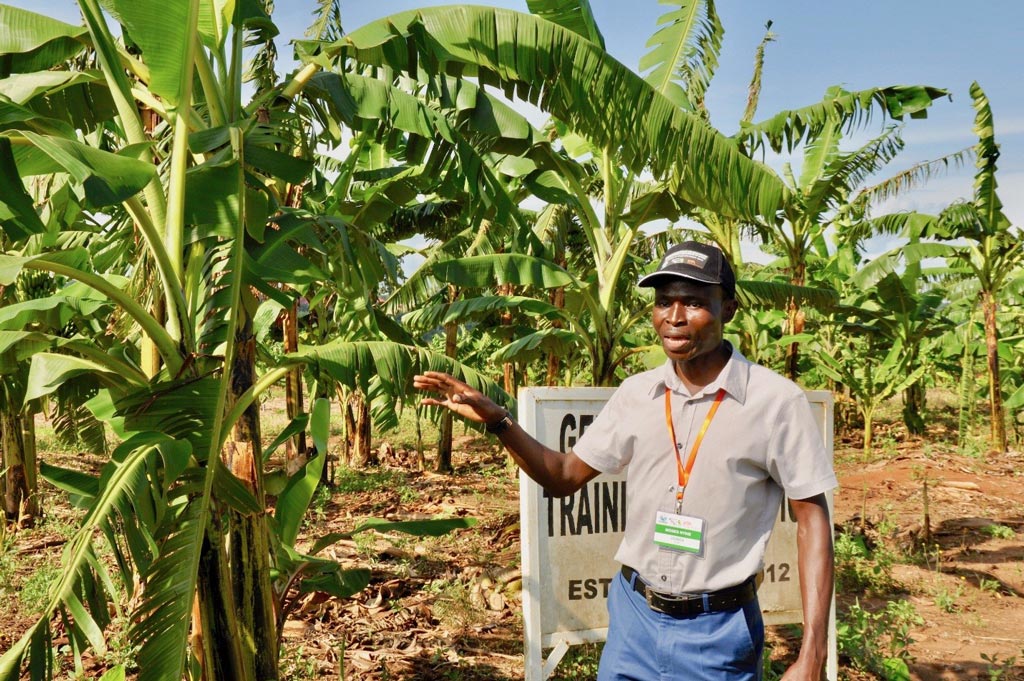 An international team of scientists have for the first time demonstrated that it is possible to speed up banana breeding using genomic prediction models that accurately select banana hybrids with desired traits. The models use the plant’s genetic data (DNA landmarks) to estimate its usefulness in breeding and predict the physical traits such as height, yield, and disease resistance before the plant is taken to the field. This study, published in a paper, Genomic prediction in a multiploid crop: genotype by environment interaction and allele dosage effects on predictive ability in banana, in The Plant Genome provides the first empirical evidence on the use of genomic prediction in a banana population.