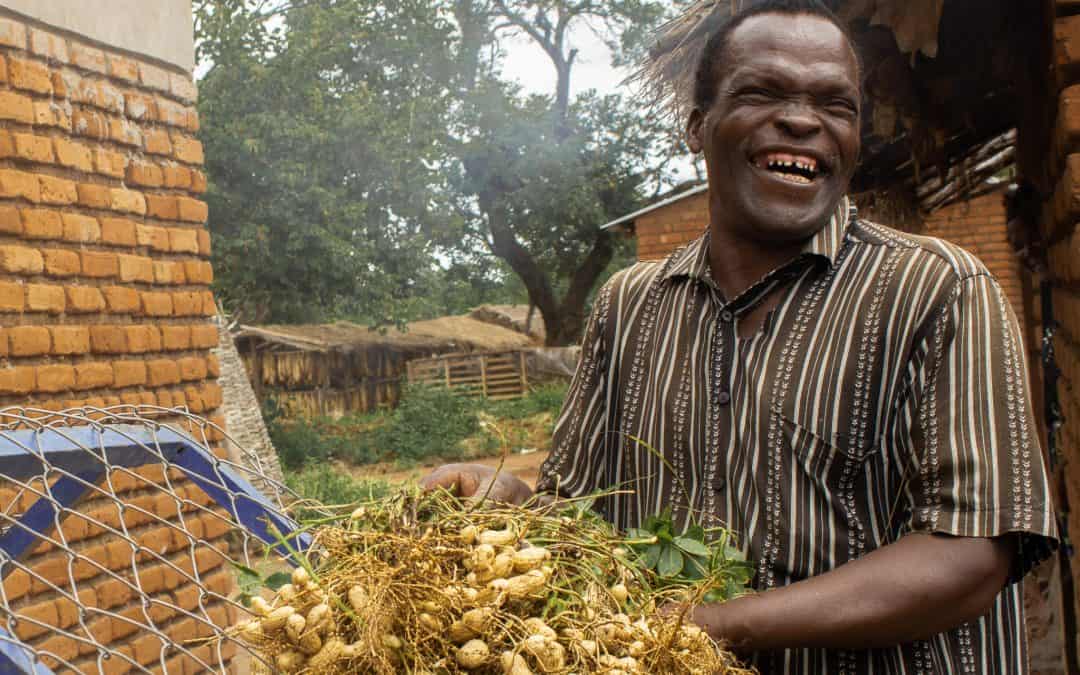 Sayilesi Gwizima, 59, from Mchinij district, central Malawi, grows CG 7 groundnut variety. Not unlike many farmers, Gwizima fell for the variety’s large seed size and high fat content, which makes for high returns at the market. In the recent past however, Gwizima noticed that CG7 is too susceptible to Groundnut Rosette Disease (GRD), which thrives in drought conditions.

Esnart Jere, another groundnut farmer, from Mzimba district, northern Malawi, is equally frustrated. She lost almost half the produce from her 1.2 hectare groundnut farm as a combined result of GRD and erratic rainfall experienced during the 2017-2018 growing season.

“CG 7 is the best groundnut variety I have ever grown. It has a lot of fat so it weighs a lot more than most of the varieties, and that means a lot of money at the market. In addition to that, there is a huge market for it in the oil manufacturing companies. Last season, however, I lost over half of my produce, due to rosette,” she said.

Seven new improved groundnut varieties released by ICRISAT in collaboration with the Department of Agricultural Research Services (DARS) are likely to skew the odds back in the smallholder farmer’s favor, as they are early maturing and resistant to GRD and other foliar diseases, hence responsive to challenges associated with late planting.

It is common practice among smallholder farmers in Malawi to plant groundnut at least a week after the first planting rains. For the majority of farmers, especially in the central region, priority to plant with the first rains is usually given to maize, as it is the major food crop in the country. This practice has resulted in declining groundnut productivity among many smallholder farmers in Malawi, as late planting exposes groundnut crop to GRD and other abiotic stresses.

The new varieties were released in more than four countries, hence well adapted to a wide range of environments. They also have a higher yield potential, tolerance to abiotic stresses, better seed quality and weight, hence giving smallholder farmers an edge in the market.

“Agricultural research must take a pivotal role to identify technologies that can improve farmer productivity. We have therefore taken a responsive stance by observing how farmers treat groundnut in terms of planting time and tried to incorporate that in our breeding programing, so that we can respond better to their needs,” Dr Okori said.

Meanwhile, ICRISAT, through the Irish Aid-funded Malawi Seed Industry Development project (MSIDP II), is scaling up adoption of the varieties through partnerships, direct farmer engagement and investments in seed production.