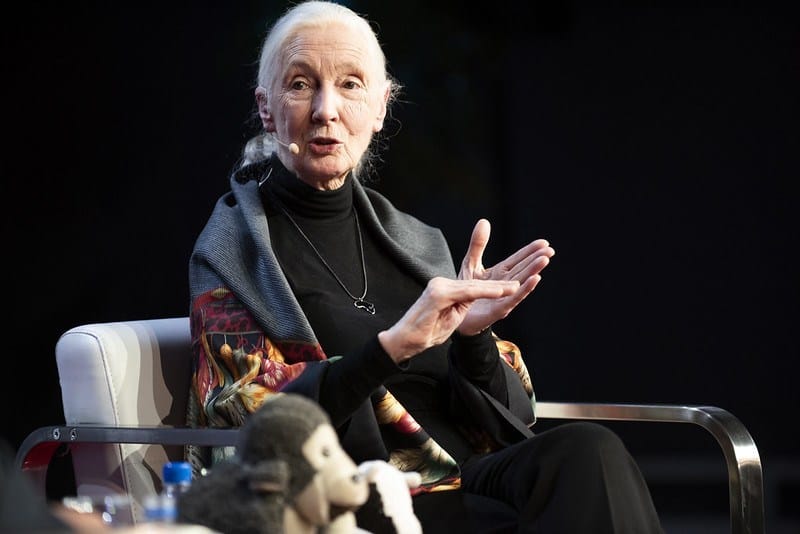 One of the major problems in the world today is food security and the growing human population, said primatologist Jane Goodall on Friday in an address broadcast as part of the Global Landscapes Forum from Bonn, Germany.

Goodall first gained international renown for her landmark research into the behavior of wild chimpanzees 60 years ago in Tanzania’s Gombe National Park.  Her efforts became a lifelong passion, leading to broader activism related to concerns over deforestation, habitat destruction, the bushmeat trade, trapping of live animals and habitat destruction.

At a 1986 conference, she discovered the precarious circumstances the primates were facing in other locations, subsequently traveling to other countries in Africa.

“I visited six range countries and I learned a lot about the plight of the chimps, but I also learned about the plight of so many of the African people, living in and around chimpanzee habitat, the crippling poverty, the lack of good health and education facilities, the degradation of the land,” she said during a session on: “Beyond the GLF Bonn Digital Conference.”

These concerns were compounded when four years later, when she flew over Gombi in an airplane.

“When I began in 1960, it was part of the equatorial forest belt stretching across Africa,” she said. “By 1990, I looked down in horror at a tiny island of forest, surrounded by completely bare hills.”

Four years later, through the Jane Goodall Institute she had founded in 1977, she began consulting with local Tanzanians who spoke with people in the 12 villages around Gombi, an effort that led to the introduction of community-based conservation efforts.

Working with the local government, the process of restoring fertility to the overused farmland began through the introduction of water management, health and education programs.

See the rest of the story at ForestsNews.org