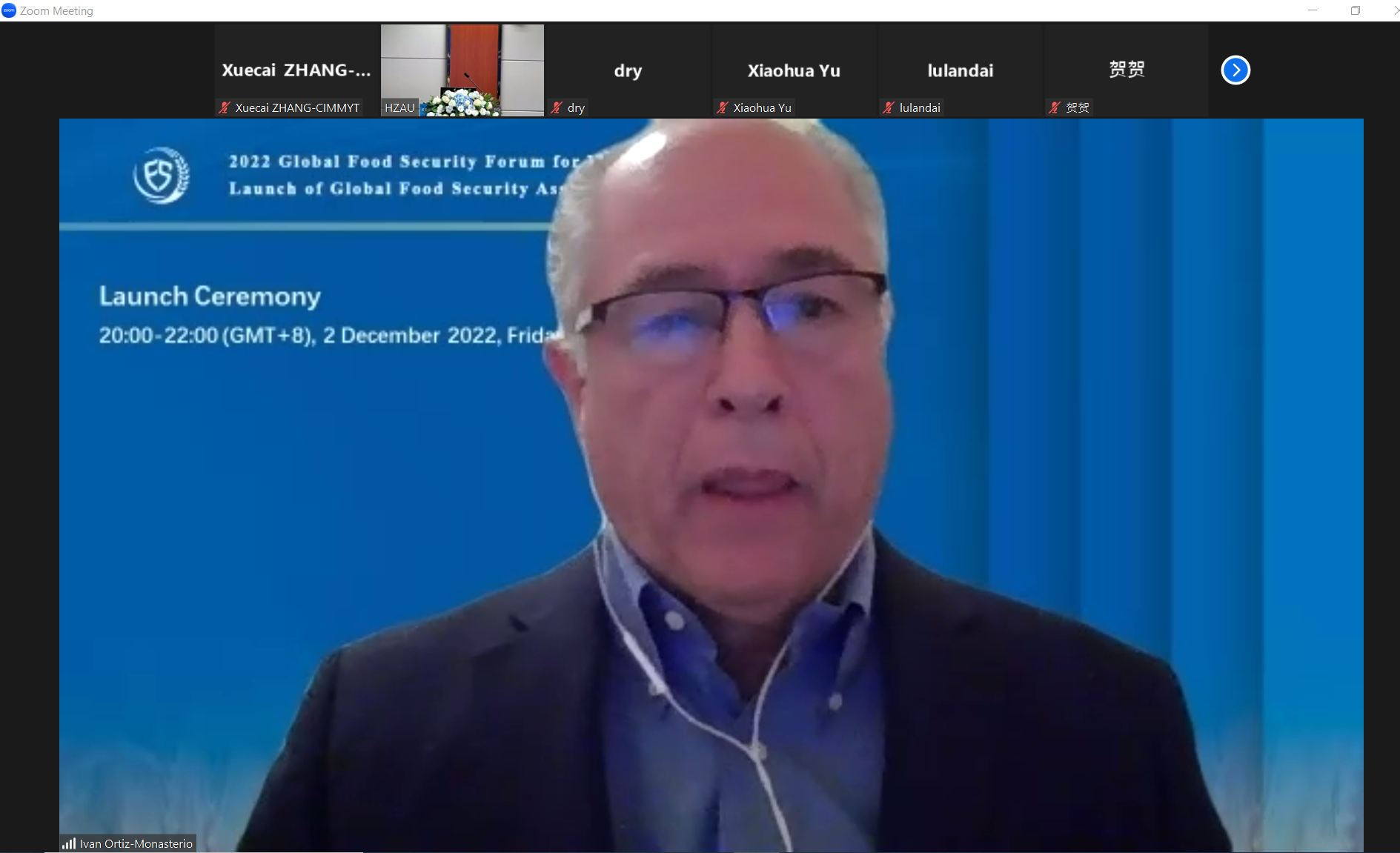 Evidence shows that for every US $1 invested in anticipatory action to safeguard lives and livelihoods, up to US $7 can be saved by avoiding losses in disaster-affected communities, highlighting the power of agricultural research and development that can be continued by the scientists of the future.

This message was reiterated at the Global Food Security Forum for Young Scientists on December 2-3, designed to bring together scientists, scholars, and innovators from different subjects to discuss their research findings and exchange innovative ideas on all aspects of global food security. The event was co-organized by Huazhong Agricultural University (HZAU), China, the International Food Policy Research Institute (IFPRI), the International Maize and Wheat Improvement Center (CIMMYT), and the Leibniz Institute of Agricultural Development in Transition Economies (IAMO).

Topics included the resilience of global food systems and food supply chains, change of dietary patterns and transition of agrifood systems, digital and smart food production, and sustainable agricultural development and maintenance of the environment.

On behalf of CIMMYT Director General Bram Govaerts, agronomist Iván Ortiz-Monasterio presented at the launch event. “Investing in agriculture and a safe and peaceful future is something that CIMMYT and China can build together,” explained Monasterio. “We can develop networks and platforms of collaboration. You have excellent research institutes, and we can combine our capabilities.”

Govaerts then presented a plenary session on the power of young researchers to transform agri-food systems (above), reflecting on the disruption to global supply chains caused by the conflict between Russia and Ukraine, the COVID-19 pandemic, climate change, and high levels of inflation.

“For you as the young, new generation, for you as scientists that need to design the future, it is very important to ask you one central question: when historians pick up their pens and write the story of the 21st century, what will it say about you?” asked Govaerts, as he emphasized training opportunities through the CIMMYT Academy and stories from young scientists at CIMMYT, such as Leonardo Crespo-Herrera, recent winner of the 2022 Japan International Award for Young Agricultural Researchers.

At the conclusion of the conference, Govaerts was also appointed as an advisor of the Global Food Security Forum for Young Scientists.