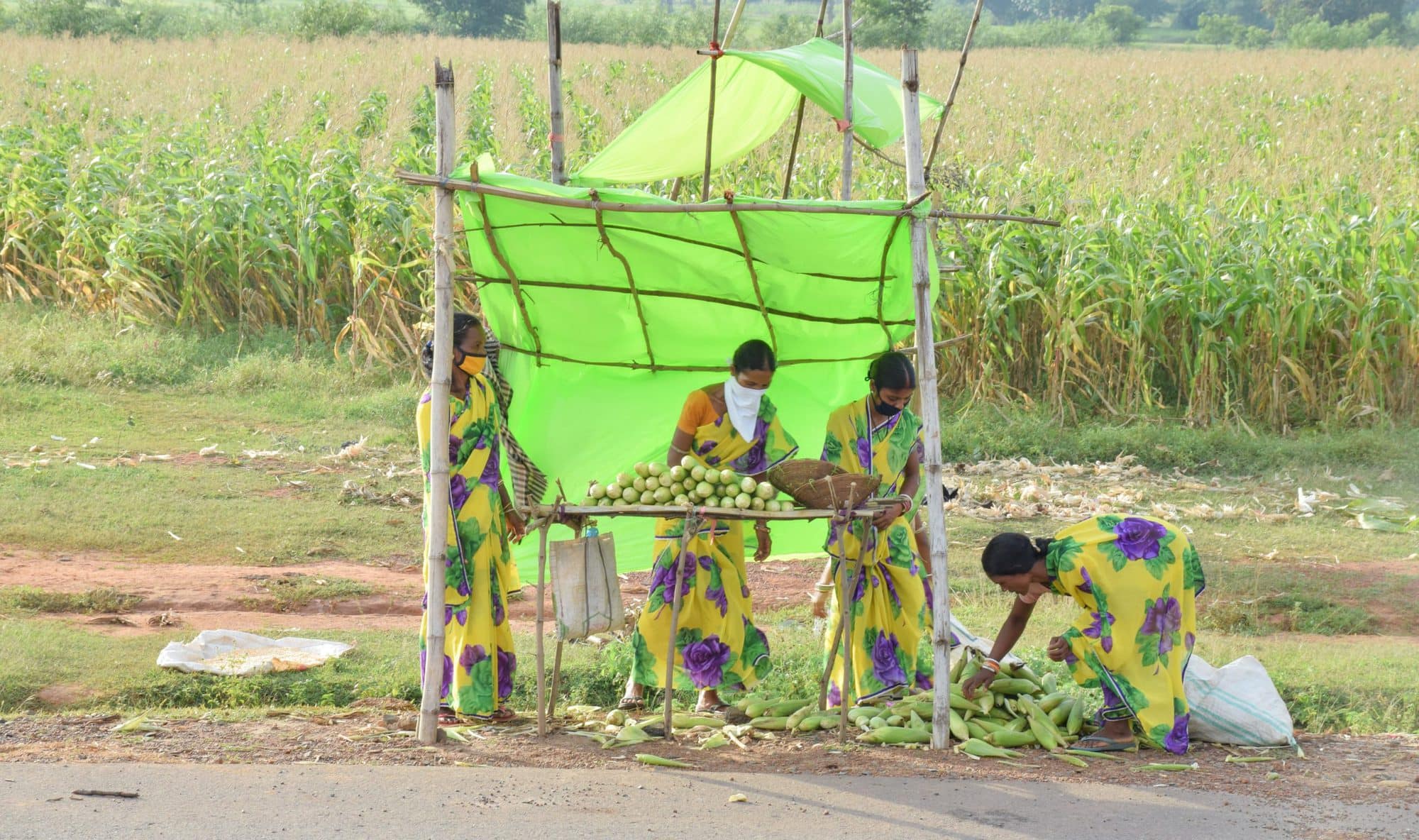 The COVID-19 lockdown has been hard on people across India, but particularly agonizing for families like Sashimoni Lohar’s. Both her sons lost their jobs as laborers. Her younger son Debodutta, a migrant laborer stuck in the southern Indian city of Bengaluru when the midnight lockdown was announced, managed to survive and returned home two months later, aggrieved and penniless. Her husband remained the only earning family member, though on a meager salary, and the family dreaded not only the virus but hunger, as the small reserve of income and rations they had was coming to an end.

Lohar was the only one who refused to give up hope. With support from her village self-help group (SHG), she cultivated two acres of hybrid maize this year. The income generated through selling the crop at a roadside stall next to her farm ensured the wellbeing of her family in this critical period. For a brief time, along with her husband’s small income, she became the provider for the family with seven mouths to feed during the lockdown.