COVID-19 pandemic: How nature steps in to refill ’empty forests’ when animals disappear 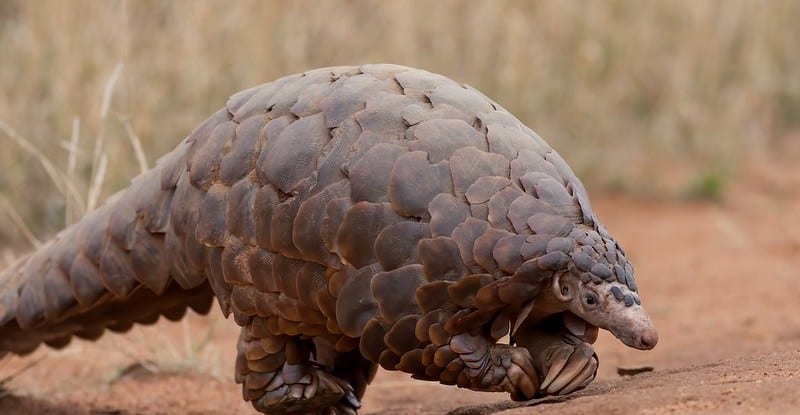 “We must not let a forest full of trees fool us into believing that all is well.”

Kent Redford’s cautionary statement turned prevailing views on forest conservation inside out when it was published in an essay titled “The Empty Forest,” in BioScience journal almost 30 years ago.

“Many of these forests are ‘living dead,’ and, although satellites passing overhead may reassuringly register them as forest, they are empty of much of the faunal richness valued by humans,” Redford wrote, referring to apparently healthy standing forests.  “An empty forest is a doomed forest.”

Today, amid debates over the COVID-19 pandemic and its relationship to wild animals and deforestation, his landmark essay suggests another potential iteration as the origin of the new SARS-COV2 coronavirus is sought.

It has been widely hypothesized that the virus is zoonotic, originating in bats and passing through another animal, possibly a pangolin or a dog, before jumping to humans in a market in Wuhan, China.

At CIFOR, our work on viruses and forests examines conditions that make such transmissions possible.

In a 2016 paper published in Mammal Review, we identified the distribution area of the deadly Ebola disease in the Congo Basin, a crucial step toward understanding the risk factors leading to new cases. Our work involved identifying Ebola virus-free, but “at risk” countries to establish a potential means of achieving adequate levels of pandemic preparedness.

Currently, the Democratic Republic of Congo is battling the second largest Ebola epidemic on record, with more than 3,300 cases confirmed and more than 2,260 deaths and 1,169 survivors, since the outbreak was declared in August 2018, according to data from the World Health Organization (WHO).

In a paper published in Nature, we demonstrated that the increased probability of an Ebola outbreak occurring is linked to deforestation, and that the likelihood of future outbreaks could be reduced through forest conservation.

While our findings show the highest favorability for Ebola virus and the highest recorded concurrence of cases of spillover from other animals to humans is in the rainforest, our maps demonstrate that in forest fringes and nearby areas, the disease moves freely among people.

Read also: Did pangolins spread the China coronavirus to people?

Additional analysis and study of the human-wildlife interface are required to delineate areas in which human populations are at risk of zoonotic transmission of Ebola virus. In this effort, our extant models can be used as a basis for delineating the geographic context.

As risk factors for zoonotic transmission of Ebola virus are better understood, it will be possible to incorporate this information into future risk-mapping assessments and develop mitigation or prevention measures.

We have already taken steps in this direction.

In a paper published in Mammal Review late last year, we demonstrated that deforestation may accelerate the spread of Ebola in the rainforests of West and Central Africa by increasing human-bat interactions.

We suggested that when the flying frugivores are unsettled by human activities leading to deforestation, their habitats expand, increasing their contact with people and influencing the spread of disease.

Fast forward 30 years, and Redford’s concept is now truer than ever.

Empty forests, depleted of natural biodiversity by such large-scale encroachments as extraction, industry and agriculture are hollowed out by widespread deforestation and landscape degradation.

We suggest that when prey species, especially large mammals, are taken out through hunting, the balance between pathogens and hosts is altered to the extent that viruses, bacteria that cause disease can jump between different animals and even onto humans.

Read also: Mammalian biogeography and the Ebola virus in Africa

To address this phenomenon, our goal is to launch a major research effort to map “busy landscape” locations where novel viruses have emerged over the past century and to pair them with their location, investigating any consistent patterns found in forested landscapes.

Through research into Ebola and forests, the basis for this work has been established. We need additional analyses focused on the human-wildlife interface to delineate areas in which human populations are at risk of zoonotic transmission of diseases.

Through this work, we offer the potential to incorporate information into risk-mapping assessments and to aid governments in developing mitigation and prevention measures.

Overall, experts agree the number of animal-to-human infectious diseases is on the rise and a number of studies have examined the potential causes, including isolating human-dominated landscapes where animal species have increased their numbers and adapted as a potential factor.

For example, in areas where human and wildlife habitats and diets overlap in agricultural or urban settings.

With around half of the world’s human population living in urban settings, such species as rats and other rodents are likely to continue to be a significant source of zoonotic pathogen transmission, according to researchers at the EpiCenter for Disease Dynamics at University of California, Davis and the Faculty of Veterinary and Agricultural Sciences at Australia’s University of Melbourne.

Yet, in a paper released this week, scientists with Scotland’s University of Glasgow reported that animal groups with more species tend to have more viruses, and as a result, a larger number of viruses with the potential to jump to humans.

They suggest that research should focus on the viral traits that might enhance their capacity to jump to people and consider how the role of wildlife trade and environmental change could lead to greater human contact with animals and, as a result, more viruses.

Redford wrote that conservation biologists are by definition concerned about extinction. He points out there are several types of extinction, including global, local and ecological.

Read also: Bats are a key source of human viruses — but they’re not special

He defines ecological extinction as “the reduction of a species to such low abundance that although it is still present in the community it no longer interacts significantly with other species.”

And what if the only option is to interact with and compete with human beings? What happens to the natural order of things then?

Animals play a key role in the forest, providing ecosystem services, dispersing pollen and seeds, and regulating populations of other animals, bugs and pests. They also provide essential protein and fat for millions of people.

For this reason, we need to develop a better picture of what happens when nature is disturbed.

We must not let our focus on busy landscapes manufactured by human-led interventions distract us from the devastating potential of the ecological changes occurring in forests on human health.