With technology and trust, we can move mountains 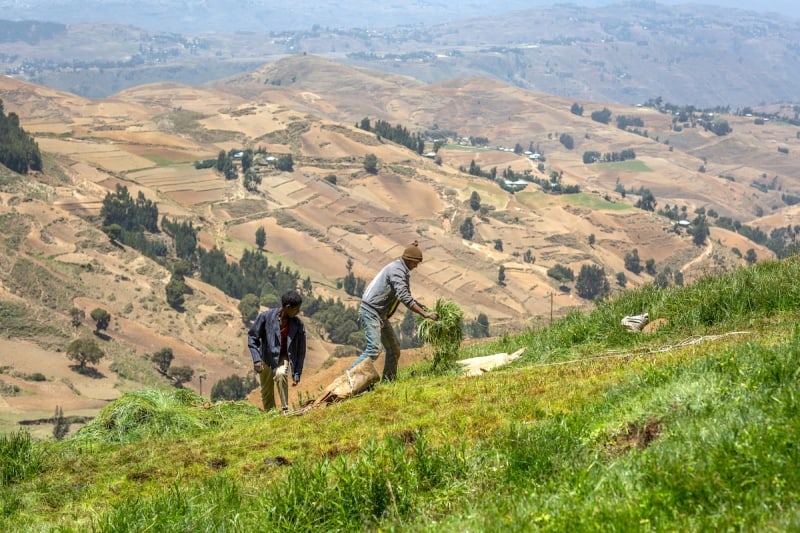 If you’re trying to win the trust of a community, you don’t start by building rat houses on their land. But that’s just what some residents living on Ethiopia’s Yewol mountain worried scientists were doing. They saw the slow construction of stone-pile terraces along their mountainside. And they were suspicious.

But the terraces were a small part of a big plan to restore and revive the Yewol watershed. It was an area plagued by food scarcity, erosion, over-grazed lands and unreliable rain. And when it did rain, the water rushed down the slopes, taking with it vital soils and nutrients. Over decades, the lands had become dry, unstable and unable to support enough crops and livestock to feed its people.

Seeing the prospects of restoring this lost potential, scientists from The International Crops Research Institute for the Semi-Arid Tropics (ICRISAT) began working with the communities and governments to transform the mountain from top to bottom.

The supposed “rat house” terraces were among these technologies. By building small walls made…