The making of Bangladesh's Blue Revolution 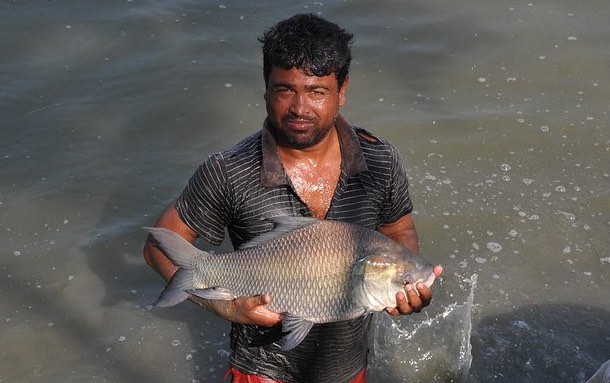 Though fish has long been the largest source of protein in Bangladeshi diets, for decades persistent high prices made it difficult for most to acquire. In the early 1990s, per capita annual fish consumption was a low 10 kilograms. In 2005, the UN Food and Agricultural Organization (FAO) suggested that even reaching a per capita annual consumption of 18 kg would be a remarkable improvement. But only five years later, national survey estimates put the annual per capita consumption of fish in Bangladesh at 23 kg.

It was the exponential growth in Bangladesh’s aquaculture industry that made the difference. This remarkable transformation is assessed and documented in the new IFPRI book The Making of a Blue Revolution in Bangladesh: Enablers, Impacts, and the Path Ahead for Aquaculture, edited by South Asia Director Shahidur Rashid and Senior Research Fellow Xiaobo Zhang. The book lays out the factors that led to this revolution, the implications for poverty and welfare, and the prospects for aquaculture going forward. It was launched at an event Oct. 27 in Dhaka.