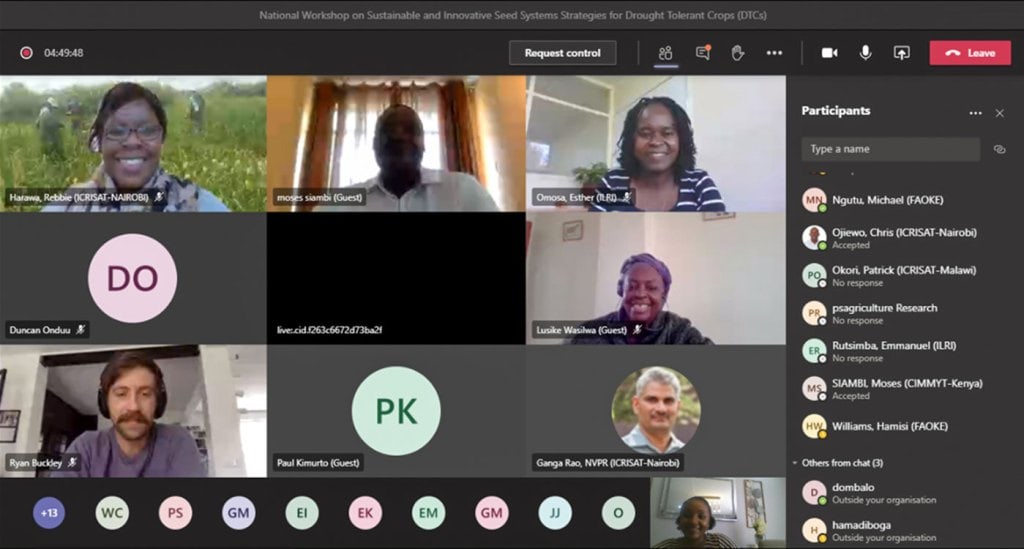 A national seed systems strategy with special focus on drought tolerant crops such as sorghum and millets is in the making in Kenya. The strategy will leverage existing government initiatives, capitalize on agri-science innovations and use digital technologies for value chain linkage and market intelligence. For the purpose, high-level government officers and USAID’s project staff participated in a workshop to constitute a working group for strategy development and countrywide implementation through annual seed workshops with stakeholders.

Drought Tolerant Crops (DTCs) play a significant role in the food system, particularly in countries like Kenya where 80% of land is arid or semi-arid. For smallholder farmers, investing in quality seeds of improved varieties and other agricultural inputs is a critical step towards increasing crop production, and as a result, improving livelihoods.

However, most smallholder farmers of dryland cereals and grain legumes in Kenya have limited access to high-quality, improved seed at convenient outlets. Many released varieties with superior traits have still not been widely disseminated. The seed systems of the dryland legumes and cereals are highly dominated by the informal sector (farmers producing and exchanging their own seeds) along with an emerging intermediate sector consisting of community-based seed producers, while the formal sector remains relatively weak.