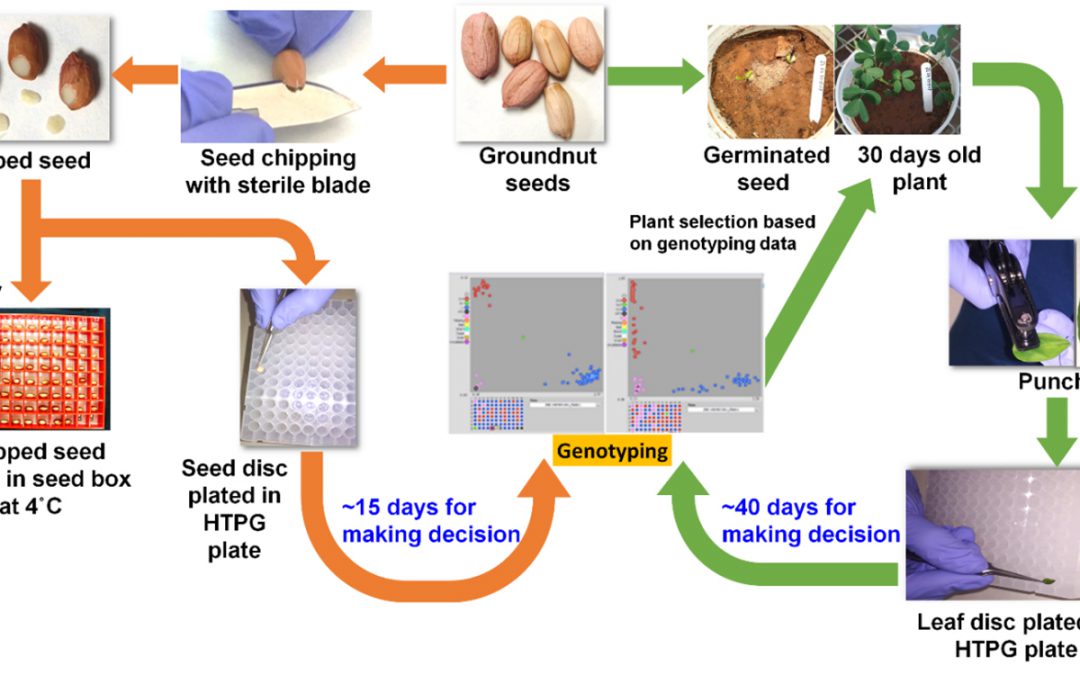 Chips away time and cost from groundnut breeding.

Researchers at ICRISAT have established seed-chip genotyping for groundnut as a significantly faster and cheaper method for genotyping than the oft-used leaf-disc technique. In a recent research publication, they have also shown that the former can be easily integrated with rapid generation advancement (RGA) to hasten groundnut research by six to eight months.

In single seed chipping method, about 20 mg is chipped off from the posterior of a seed cotyledon (embryonic leaf) using a scalpel. The DNA in this chip is comparable in quality and quantity to the DNA from punched leaf samples. The results of genotyping are clear by 15 days as against 40 days that it takes through the leaf-disc technique. It was also found that chipping does not affect seed germination as both chipped and non-chipped seeds showed similar germination percentage after 30 days of storage at 4˚C. Following the efficiency gains the ICRISAT team has witnessed, an optimized seed-chip based genotyping (shown in the image) has replaced the leaf-disc-based genotyping in ICRISAT’s groundnut breeding program.