'Don’t sit in the AC room and write policies; work with farmers and get your hands dirty' 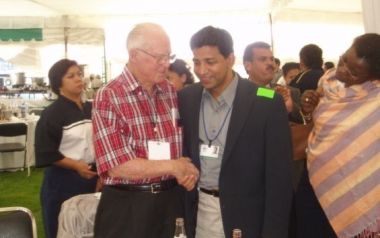 It was a decade after the Green Revolution took strong roots in India in the late 1970s, my first year in college, and I was not sure if agriculture was the right major for me. A magazine article with a cover photo of Dr. Norman Borlaug resolved my confusion. The article was about how an American plant breeder brought about the Green Revolution in India, saved millions from starving and won a Nobel Prize. Dr. Borlaug became my personal hero and plant breeding became my favorite subject for the next four years. In 1986, I met my hero while I was doing my PhD at Iowa State University. Dr. Borlaug had come to the university to give a lecture on the Asian Green Revolution and to dedicate all his lifetime correspondences to the archives of the Parks Library on campus.