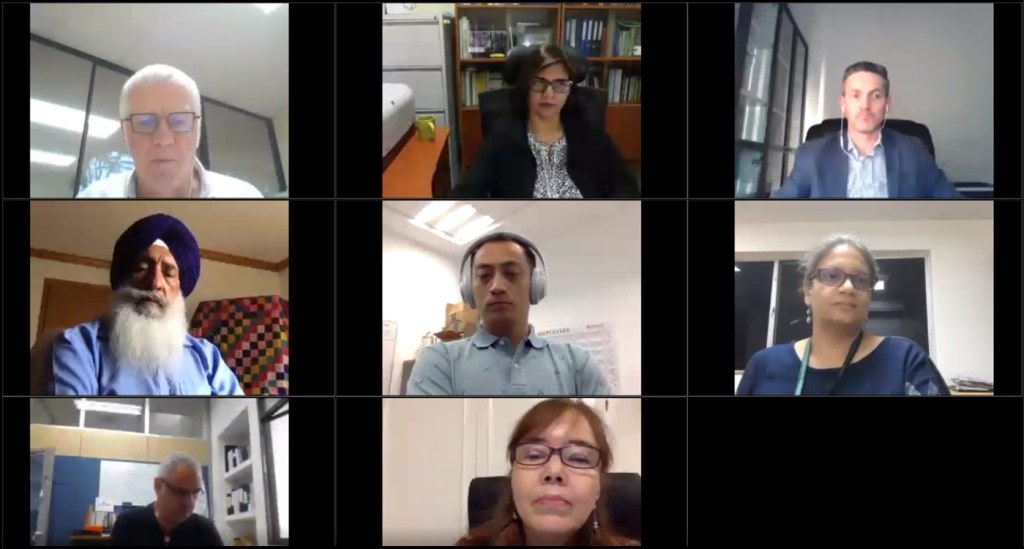 “The vision of CGIAR breeding is to have world-class breeding programs to have CGIAR-and National Agricultural Research Systems (NARS) breeding networks that generate genetic gains above 1.5% per annum. And the average area-weighted age of varieties in farmers’ fields to be less than 10 years,” Dr Michael Quinn, Director, CGIAR Excellence in Breeding Platform (EiB), said outlining the intent for using new technologies like gene editing.

Dr Quinn stated that EiB sets targets, standards and helps with breeding teams to achieve them. Stressing that the current rate of production gain in major cereal crops will not meet projected demand and increase in legumes, roots, tubers and banana production is essential to meet SDG goals in the face of climate change and increasing population. He went on to explain how traditional breeding pipelines are reconceptualized in their modern avatars as cyclic models, where new technologies significantly help in shortening the breeding cycle time.

“The opportunities from gene editing are huge. It can make for genetic gains in ways and for traits that conventional breeding cannot. The collective impact is greater for breeding technologies and gene editing will likely be no different,” he said while emphasizing that we need to understand how to use gene editing synergistically with other technologies.

Molecular biologists at multiple CGIAR centers shared information about gene editing work underway at the centers and at partnering organizations. Most of the gene editing work shared is being done using knock-out or knock-down approaches without introducing foreign genes.

Outlining gene editing work underway in multiple crops at ICRISAT and Common Bean in CIAT, Dr Pooja Bhatnagar-Mathur, Theme Leader Cell Molecular Biology and Genetic Engineering at ICRISAT, stated that several genetic and genomic resources and tools to enable technologies like gene editing have been developed for dryland cereals and legumes in collaboration with a number of global partners, including vectors for quick transformation, gene discovery and mining.

Dr Bhatnagar-Mathur explained the editing work in pigeonpea at ICRISAT to target photoreceptors and flowering time genes which are correlated to photoperiod sensitivity. This editing work is by knocking down of a single gene or two to three genes. As pigeonpea is a short-day crop and photoperiod-sensitive, it can only be grown in specific locations. Conventional breeding has not been able to take this high nutritious legume outside existing production areas.

In chickpea, ICRISAT is working on improving seed size and quality by editing a family of transcription regulators that result in increased seed size, which is beneficial as bigger seeds have a higher market value.

In Common Bean, CIAT has been targeting two genes that synthesize complex sugars that are not easily digested in humans and animals. The edited events are underway and the team is segregating the Cas9 gene for product development.

Aflatoxin is the biggest food safety issue in groundnut and many other crops, Dr Bhatnagar-Mathur said, while explaining the approach where comparative proteome profiling of near immune transgenic/ HIGS groundnuts and their wild type counterparts revealed susceptibility factors to aflatoxin and fungal infection. Using CRISPR, knock down of these susceptibility factors is being attempted to induce resistance without any insert.

In sorghum and pearl millet, a few candidate genes have been edited to reprogram strigolactones, a plant’s signaling hormones that have a role in its growth. The aim has been to block the signaling to striga, a parasitic weed, and prevent its germination from seed. Sorghum mutants with lost function on edits have been identified for pre-germination and post-attachment resistance and are being evaluated, she said.