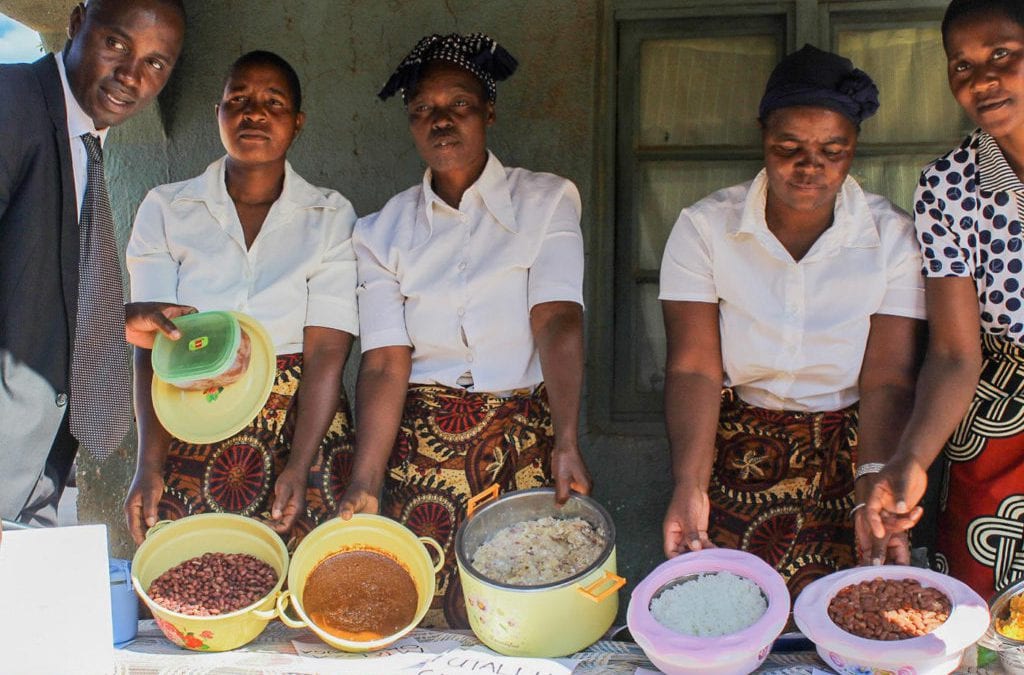 It is against this background that the Malawi Seed Industry Development Project (MSIDP) consortium started working with smallholder farmer groups in Dedza, to not only help them secure their harvests, but also to introduce them to new feeding systems that would enhance utilization of such crops. In partnership with government’s Nutrition Coordinating Committees, the project adopted the government-approved approach of the ‘Care Group’ model to train communities on different diets that incorporate crops like groundnut and beans in their recipes. In 2019 alone, 16,974 households were reached with nutrition training. This effort has now grown beyond Dedza district to other parts of Malawi.

Mrs Juliana Maliro, 57, from Mpenda village in Dowa district shares an interesting story about her grandson, Robert, who had been in and out of hospitals for the most part of his young life. His parents were told that the boy was constantly sick because he was malnourished. They did not know what to do, as they thought nutritious food was too expensive.

The worried grandmother took Robert into her care and fed him a diet based on a recipe she had learnt from a women’s care group in her village.

“After noticing how dire the situation was, I started feeding my grandson with this new porridge made from maize, beans and groundnut flour, and within a month, I saw a big change.” she beams.