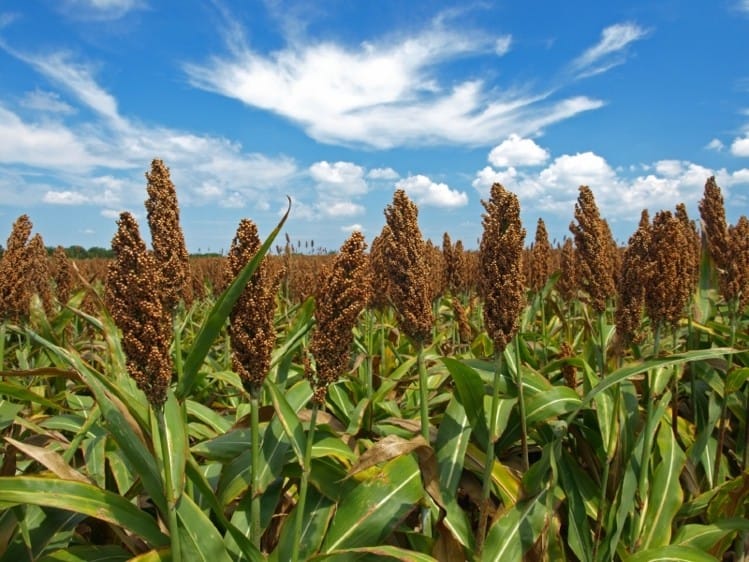 Though Uganda has some of the lowest agricultural productivity in the world, efforts to bring smallholder farmer groups into the seed production process are helping to reverse that dismal standing.

In the process, some farming regions have been transformed from hungry, poverty-stricken outposts to vibrant communities.

Currently, just 30 percent of all seed planted in Uganda is improved. That percentage is even lower in important “neglected” local foods crops, such as millet, groundnuts and sorghum, and self-pollinating crops like beans.

In response, the government and a host of institutions, such as Harvest Plus, have implemented several programs to increase farmer access to improved seed. Other new initiatives are also coming on board, including the Accelerated Varietal Improvement and Seed Delivery of Legumes and Cereals (AVISA).

Dr. Stanley Nkalubo, head of the legumes program at NaCRRI, said the organization started working with farmer groups in the early 2000s, after farmer-hosted field trials for the institute’s drought-tolerant beans showed farmers have the capacity to take on seed production.

He has since worked with over 100 such farmer groups across the country, training them in the agronomy of producing quality bean seed.

“Once trained well, they will stick to one variety,” he said.

“It is no longer the place of hunger, sickness and poverty it used to be before we went into seed,” he boasted. “If people don’t eat, they get sick. But still, if you are healthy but poor, it does not help.”

Begumisa was part of the initial group that formed the society in 1997 as a community-based organization to fight regional hunger and poverty. But truly significant changes began to occur in 2008, when Nkalubo introduced farm bean trials.

Nkalubo went on to help KCSL secure a 2011 contract from Uganda’s first lady, Janet Museveni, to supply three tons of beans to Karamoja, where she was the minister in charge.

Begumisa said the group deals in beans because they mature quickly and it’s a crop that women grow for both home consumption and cash.  The group has increased from an initial 37 members in 1997 to the current membership of 1,088 — 60 percent of whom are women.

KCSL buys its foundation seed from NaCRRI, paying about US$2 for one kilogram, which they plant every season.

His colleague, Dr. Henry Ojulong, a scientist at ICRISAT in Nairobi, said the program will help them select with precision the best varieties of seeds for achieving better yield and good nutrition in crops like millet.

AVISA is going to use modern breeding techniques, such as speed breeding, high throughput genotyping and phenotyping, among others, Ojiewo said.

Nelson Masereka, executive director of the Uganda Seed Trade Association, an umbrella organization that brings together seed companies, said the group is working on regulations that will bring in seed group producers like KCSL. He explained that the process is key to quality assurance, among other issues.

Jeffrey Ehlers of the Bill & Melinda Gates Foundation (BMGF), which funds AVISA, presented seed development models from the United States, India, Brazil, and Argentine to stakeholders at a recent meeting in Uganda. He asked African seed companies to adopt some of those measures to help them improve their seed quality.

Original version of that article here.