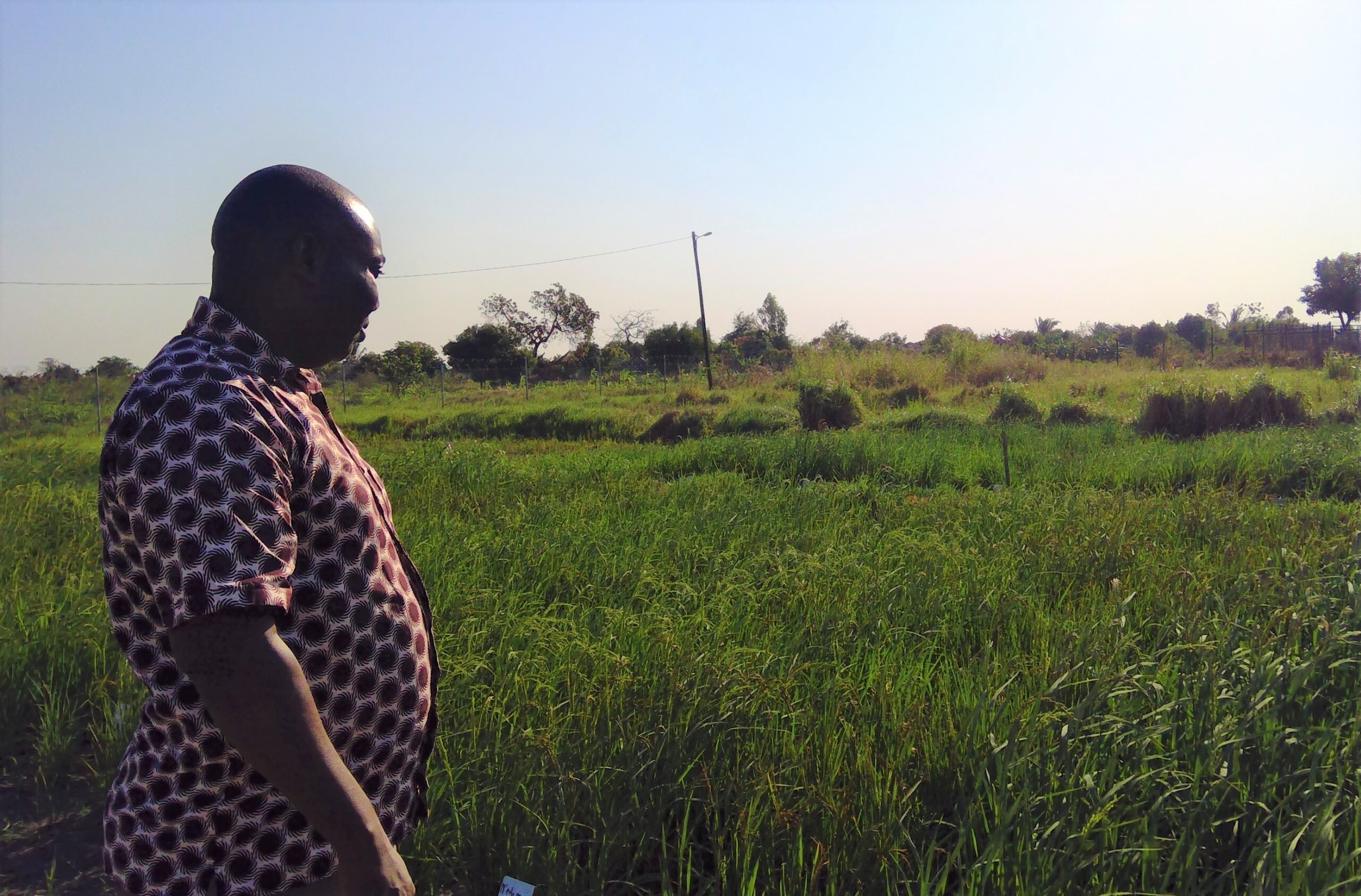 Mozambique is a country with a huge agricultural and industrial potential.

But recently, periods of drought have become longer and more frequent, posing serious challenges for the food security and livelihoods of populations that depend on these crops. Regarding this, crop breeding is a key to unlocking the agricultural potential, where the use of advanced genotyping practices will facilitate Mozambique in addressing these challenges.

Figure 2. Rice field being prepared for planting in the coming December (left); family field occupied with cowpea and sweet potato during September before the rice crop (right).

To speed up agronomic management decisions, in the province, the Zambeze University and the Research Centre of Leadership at Namacurra of the Instituto de Investigação Agrária de Moçambique (IIAM), are implementing genotyping practices for diverse uses. These include heterotic group characterization from the Mozambique Genebank at Maputo, the nation’s capital, as well as for population improvement in rice, cowpea, and maize.

Under this initiative, the IIAM team has started to characterize sorghum materials based on current climate needs in Cabo Delgado, a northern province of Mozambique that shares border with Tanzania. In this region, Sorghum (Sorghum bicolor L.) is the main cereal crop grown by the smallholder farmers.

Genetic characterization of common bean and sorghum breeding materials with the initially available KASP (Kompetitive Allele Specific PCR) markers for diverse traits indicated that deeper genotyping needs to be carried out. This can help Mozambican breeding programs better understand the genetic diversity of the materials to be used in further crosses. With the support of CGIAR Excellence in Breeding and the Breeding Resources Initiative, as well as through funding from Crops to End Hunger, this activity is currently being undertaken using the DArTag medium density panels.

Molecular techniques are routinely used in plant breeding programs of developed countries. These techniques are accurate, rapid, reliable and provide a wealth of information that is not available using conventional phenotyping methods. However, establishing all genotyping facilities present its own challenges in the developing countries, where poor infrastructures, lack of funds and expertise present great challenges. Additional constrains include specific logistical requirements and the need for identifying and adopting best practices, together with other leading agricultural programs, such as by the World Bank.

Figure 3. Different groups getting acquainted with the sampling process in different crops such as cowpea and maize. Both crops present different challenges that also depend on the stage of development. During sampling it is important that all process should follow all protocols indications, yet the process should also be realistic and expedite.

The strengthened collaboration of both National Agricultural research and Extension Systems (NARES) and National Agricultural Research Institutes (NARIs) breeding programs with CIMMYT-CGIAR started during the COVID period of 2020, with online trainings. These have advanced to recent in-person sampling and logistics trainings in September and October of 2022.

These collaborative activities between the CGIAR, CIMMYT, IIAM and Zambeze University will allow better prioritization, faster delivery, and avoidance of work duplication among institutions. Furthermore, Mozambique will have its genebank crop materials characterized, which will function as a baseline for further breeding and integration of molecular work. This will ensure more efficient breeding efforts, and consequently better varieties delivered to Mozambican smallholder farmers.

This work is vital to enabling long-term increases in the “genetic gain” of breeding programs working on essential staple foods, such as beans, maize, sweet potato, and sorghum. Particularly in the face of climate challenges, genotyping is a necessary tool to bring framers the varieties they need.

Photos: from Ana Luísa Garcia Oliveira and taken during CIMMYT training at Mozambique during last quarter of 2022 with the support of the CIMMYT, ZU and the IIAM. Figure 1, at top: Rice field plots for genotyping the best varieties at the Research Centre of Leadership for Rice, Namacurra, Mozambique. Here, breeder Hermínio Abade demonstrates the prospects of different rice varieties under drought conditions for the Zambezia region and the potential to Mozambican farmers.