A tool for all seasons: A ‘lean’ household survey system for ‘minimal effort, maximum information’ comes of age 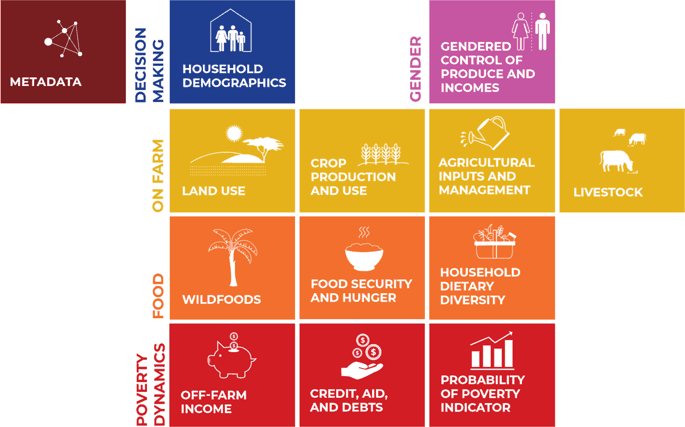 Out this week is the first public release of a huge dataset
generated by recent surveys of more than
13,000 households in 21 countries
using RHoMIS,
a novel tool that makes household surveys
efficient, robust and comparable.

The tool was co-developed by Mark van Wijk and Jim Hammond,
scientists at the International Livestock Research Institute (ILRI),
and the data generated by the tool’s use by (literally) dozens of partners.

Mark van Wijk, a senior scientist at the International Livestock Research Institute (ILRI), and his colleagues are excited to announce the first public release of a dataset generated by surveys of more than 13,000 households in 21 countries using a novel survey tool that van Wijk co-developed, as reported this week in Scientific Data, a peer-reviewed, open-access journal for descriptions of scientifically valuable datasets, and research that advances the sharing and reuse of scientific data, which is part of the Nature Group.

What’s the tool? A rapid, standardized and cost-effective tool employing a minimalist data approach for surveying rural smallholder households and tracking agricultural performance. Rolled out in May 2015, this flexible digital platform is built on open-source software that can be easily modified to meet a range of needs while collecting a core set of data.

The household survey tool includes data storage and analysis functions designed to rapidly characterize the state and change in farming households by a series of standardized indicators. It was designed in response to an expressed need from development practitioners to improve current approaches in targeting and prioritizing intervention options and monitoring farm households.

Use of this streamlined, modular survey tool has greatly reduced the costs of conducting household surveys in the field (traditional household surveys typically take 2–3 hours per household) and of the subsequent data analysis and reporting. . . .