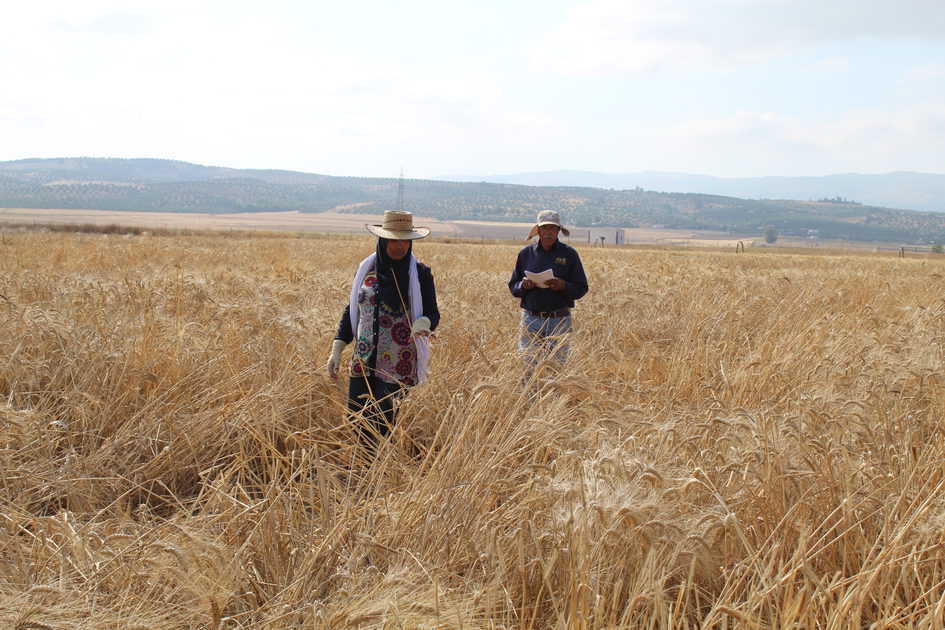 Tunisia has been a major durum wheat producer and consumer since Roman times, a crop used now for couscous, bread and pasta dishes throughout North Africa and the Mediterranean Basin.

However, a persistent disease known as Septoria tritici blotch (STB) has been threatening durum wheat harvests across the country thanks to its increasing resistance to fungicides and adaptability to harsher climatic conditions. The disease, which is caused by the fungus Zymoseptoria tritici, thrives under humid conditions and can cause up to 60% yield loss in farmers’ fields.

To help fight this disease, the International Maize and Wheat Improvement Center (CIMMYT) established the Septoria Precision Phenotyping Platform in collaboration with the Institution of Agricultural Research and Higher Education of Tunisia (IRESA) and the International Center for Agricultural Research in the Dry Areas (ICARDA) in Tunisia in 2015.