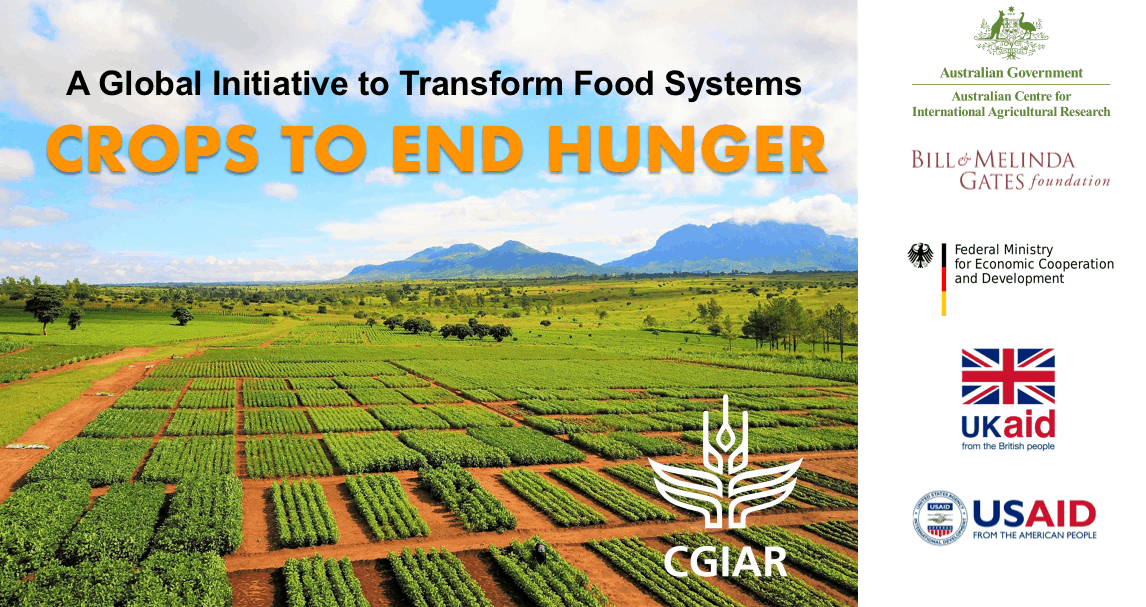 The World Food Prize, founded in 1986, honors the work of great agricultural scientists working to end hunger and improve the food supply and also to highlight and inspire breakthrough achievements in improving the quality, quantity and availability of food in the world, and which is now often referred to as the “Nobel Prize for Food and Agriculture.” The World Food Prize (WFP) will take place in October 16-18, 2019 in Des Moines, Iowa. This prestigious event, including the World Food Prize Borlaug Dialogue and the World Food Prize Laureate Award Presentation, is a unique opportunity to showcase how CGIAR science is tackling humanity’s greatest challenges and creating more sustainable food systems.

CGIAR and the World Food Prize have a long association, including:

In recognition of this year’s theme: Pax Agricultura: Peace Through Agriculture, CGIAR will participate in the following way:

The challenge of CGIAR is to apply modern scientific advances toward achieving the Sustainable Development Goals (SDGs), particularly SDG 2: “End hunger, achieve food security and improve nutrition, and promote sustainable agriculture.” In service of this mission, CGIAR is proud to introduce “Crops to End Hunger,” an initiative focused on increasing the effectiveness of CGIAR crop breeding programs in developing more productive, resilient and nutritious varieties of staple crops in demand by smallholder farmers and consumers in the developing world. The official launch of “Crops to End Hunger” will introduce and outline this new ambitious vision to meet the food, nutrition and income needs of both producers and consumers, respond to market demands, and provide resilience to environmental challenges arising from the climate crisis.

2- Unpacking “Crops to End Hunger”, a CGIAR-led side-event in partnership with Corteva

This CGIAR side-event in partnership with Corteva will open a dialogue with participants to learn more about “Crops to End Hunger”, the new initiative that will be officially launched in the CGIAR symposium at the Borlaug Dialogue. Continuing the discussion, this official side-event will provide deeper context and underline why the modernization and focus on crop breeding is crucial to help feed the world’s growing population in these times of climate crisis.

If you are attending the Borlaug Dialogue in Des Moines, get your tickets now!

Continuing the tradition of partnering with Corteva Agriscience at the World Food Prize, this year CGIAR is again committed to a participating in Corteva’s symposium as part of the CEO roundtable: a session to present the current state of food and agriculture, the desired future and discuss the gaps. The outcomes from this session will be shared later in the week during the Borlaug Dialogue.

CGIAR will host an exhibition space, which will showcase how CGIAR is leading exciting groundbreaking transformative work in the field of agriculture innovation and food security. CGIAR will also present a video exhibition telling the story of CGIAR’s work through its researchers and projects in the field.