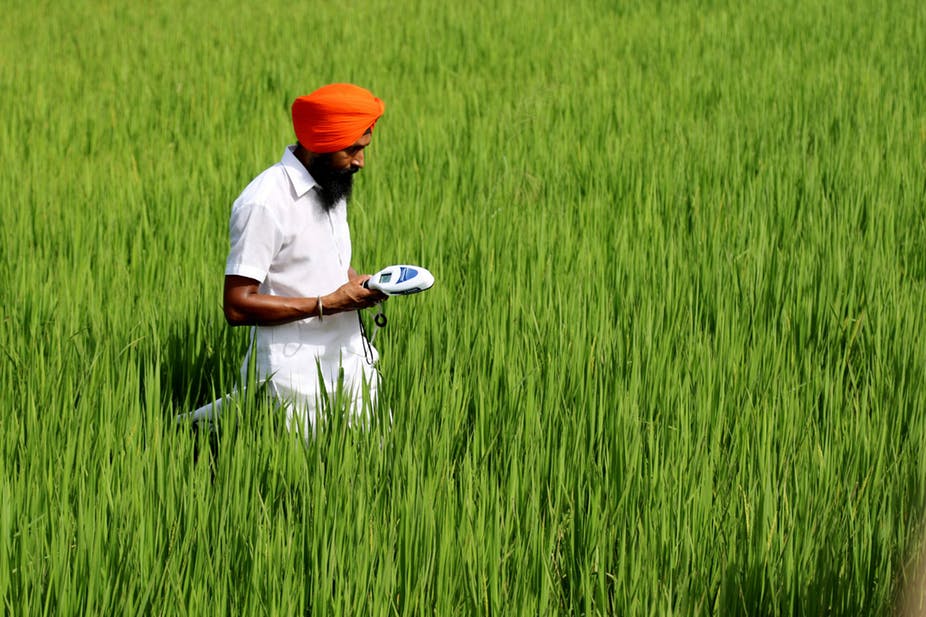 Going into debt with nature is a dangerous thing.

Going into debt with nature is a dangerous thing. When our stocks of water, land and clean air are spent – we don’t have a second planet to borrow from. But that’s exactly the way that Earth is heading. 1 August 2018 marks an annual event, “Earth Overshoot Day”: the day on which the natural resources the planet can regenerate within one year are exhausted. This is the earliest date on which Earth Overshoot Day has ever been reached.

One of the greatest pressure points pushing the planet to its limits is our food system. This is the way that humans grow, produce, transport and consume food. As these systems currently operate, they’re contributing negatively to climate change and deforestration; they’re compromising freshwater stocks and rapidly reducing biodiversity.

Food systems must be transformed to produce more nutritious food with a lower environmental footprint. There are a number of initiatives around the world working towards this end. Here are just five that use different kinds of science – from smart approaches to breeding livestock and crops to recycling wastewater – that could help humans settle their growing debt to the planet.

Tackling animal emissions: After the energy and transport sector, the food system is one of the biggest emitters of greenhouse gases; it accounts for around a quarter of total emissions.

Raising livestock for meat and dairy products accounts for 14.5 %, mostly because of the methane gas released by animals. Research supported by the International Livestock Research Institute is already in the pipeline to identify cows that produce lower methane emissions.

These animals can then be naturally bred into the population. This is expected to lower the emissions associated with cattle by between 5 and 20%.

Reviving forgotten foods: Just twelve crops and five animal species provide 75% of the world’s food. An estimated 940 species of cultivated plants are at risk of disappearing.

Yet there are many forgotten foods that can be sustainably produced, which are resilient to our changing climate, and packed with nutrition. The orange-red African eggplant, for example, has leaves that are extremely high in calcium, iron and beta-carotene (which the body converts to vitamin A).

It makes sense to look to these neglected and nutritional gems to address the world’s food needs. At the African Orphan Crop Consortium, hosted by the World Agroforestry Centre, scientists are using breeding techniques to improve the resilience and nutritional quality of underutilised crops.

Farming with precision: Nitrogen, phosphorus and potassium are essential nutrients for helping food crops flourish. But excess runoff of these fertilisers is crossing the boundary of chemicals that can safely flow into the environment. A study conducted for the CGIAR Research Program on Climate Change, Agriculture and Food Security in a wheat growing region of Mexico has shown that more precise application of nitrogen significantly lowers associated emissions and runoff. It does this without affecting yield.

Researchers have been studying and promoting management practices to help farmers use fertiliser more efficiently and take into account available soil nitrogen and weather. Handheld sensing devices that assess plant nitrogen needs were tested for their ability to advise farmers on optimal rates of fertiliser use. In 2017 and 2018, Mexican farmers in the Yaqui Valley have used similar sensing devices but mounted on drones to provide recommendations for wheat crops grown on more than 1,000 acres.

Tracking deforestation from the sky: Between 2000 and 2010, agriculture is estimated to have been behind 80% of deforestation worldwide.

The production of palm oil, which is found in everything from bread to ice cream, is a major driver of deforestation particularly in equatorial countries. Farmers in these countries routinely clear land to plant oil palms.

But a brand new map from the Centre for International Forestry Research is now able to track unsustainable practices. A tool linked to the map, which is known as the “Borneo Atlas”, uses regularly updated satellite imagery to show the impact that island’s 467 palm oil mills have on nearby forested areas, and any expansion of existing plantations.

The idea is that this improved transparency will help traders eventually eliminate unsustainable practices from their supply chains.

Recycling wastewater: About 84% of the globe’s freshwater resources are used in agriculture. By 2030 it’s expected that agricultural demand for water alone will outstrip available supply, even before domestic water needs are met.

Yet, over half of global freshwater becomes unusable wastewater. The International Water Management Institute has analysed 24 possibilities for putting that wasted water to work – and generating income at the same time.

In Bangladesh, for example, wastewater from a hospital complex that would have otherwise flowed into a nearby river, has been used to create protein-rich feed for cultivating fish. The sale of the fish easily recovered the cost of the system, making this a double win for the business and food security in the area.

Debt collectors are frightening, and nature is no different. But as these projects – and hundreds of others being conducted around the world by scientists – reveal, humans aren’t helpless. There’s a great deal that can be done to make food systems more sustainable and to settle our planetary debt.

This article was originally published on The Conversation. Read the original article.