Cookbook celebrates aquatic foods for life and livelihoods in Timor-Leste 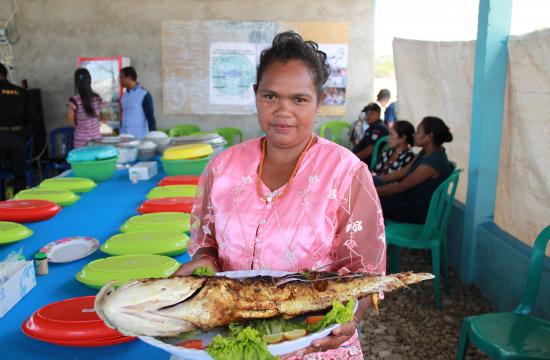 Since achieving its independence 20 years ago, Timor-Leste has set out to forge a cohesive national identity. The nation’s history of aquatic food preparation reveals a unique and distinctive culture, offering a source of pride for the East Timorese people. However, industrialized food systems have made traditional foods and customs inaccessible to many Timorese and led to a disconnect.

A new cookbook by WorldFish research analyst and Timor-Leste native Agustinha Duarte, Cooking Fish and Seafood in Timor-Leste, aims to change that by documenting the rich influence fish and other aquatic foods have had on human nutrition, identity and livelihoods across the Southeast Asian island nation.