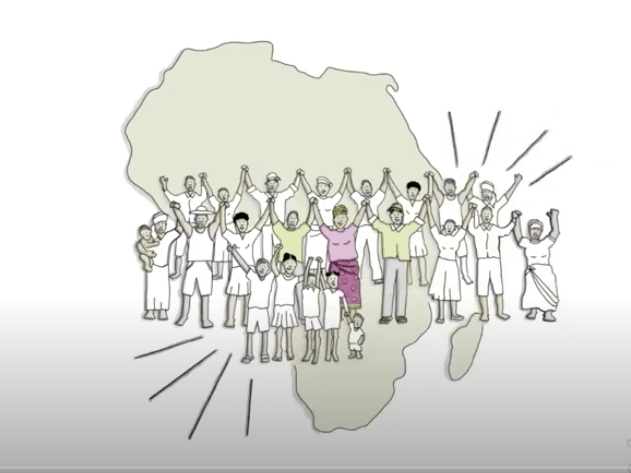 CGIAR’s new platform designed to put gender equality at the forefront of global agricultural research for development has officially been launched.

“We are working across the entire CGIAR system to innovate and incorporate gender into everything we do,” said Nicoline de Haan, Director of GENDER, which is hosted by the International Livestock Research Institute (ILRI). “We want to put gender equality at the heart of research.”

GENDER will transform the way gender research is done, both within and beyond CGIAR, to kick-start a process of genuine change toward greater equality and better lives for smallholder farmers everywhere.

“We must move beyond simply thinking of women as contributors to agricultural value chains to considering them as leaders and developers of sustainable food systems,” noted Stephen Potter, Director of Agriculture and Food Systems and CGIAR Council Member, Global Affairs Canada during the event.

“For broader impact, we need to engage policy, and for that we need much more data and evidence” Stephen Potter @CanadaDev #AGRF2020 #GenderinAg@CGIAR @CGIAR_EiB @ACIARAustralia pic.twitter.com/xgPwkGcfor

Potter reiterated the commitment of CGIAR funders toward the gender research agenda and called for collaboration with national agriculture partners as key to driving action.

To showcase the kind of work undertaken by CGIAR, two gender researchers presented interesting case studies during the launch.

Women have been engaging in the charcoal business as a last resort due to loss of agricultural incomes occasioned by climatic events or loss of male labor in the household.  However, despite this being a crucial income source for them, they don’t participate on an equal footing with men. They have less access to resources, use smaller kilns, face barriers to participating in producer associations or have less access to family labor.

Subsequently, Ihalainen and colleagues at CIFOR and World Agroforestry (ICRAF) have recently come up with a framework for incorporating gender analysis in future research and policy-making in the charcoal sector. Find out more: Women’s place in Africa’s growing charcoal sector.

Gender equality through entrepreneurship and women’s inclusion in markets

Through a case study on beans, Eileen Nchanji from Alliance of Bioversity International and the International Center for Tropical Agriculture spoke of general principles aimed at gender mainstreaming in entrepreneurship for replication across commodities.

“The role of women in production and post-harvest work provides opportunities for entrepreneurship. We, however, need specific interventions for them to gain equitable access to land, labor, capital, skills and leadership,” said Nchanji.

She offered recommendations crucial for women’s successful participation in markets. First is being deliberate in identifying women and youth to benefit from various interventions. Others included offering both technical and financial support informed by business analysis; aiming for gradual growth as entrepreneurs mature; and finally being aware that it would take time to build up enterprises. This called for widening of partnerships for complementary support.

Read more about this work: Youth economic empowerment through mechanization in Tanzania

A diverse panel of experts highlighted some evidence gaps on gender in agriculture that the Platform could consider.

“Most recently I visited a new state-of-the-art market in one of the food basket areas in Kenya. I noticed all the women were displaying their goods on the floor – on further interrogation they shared that the display benches were too high, and they got backaches if they used them,” said Kagwiria, emphasizing the need to capture women’s user experiences concerning market infrastructure.

“We will be able to move from research to change by being intentional from the design phase to ensure it’s actionable,” she said

On the other hand, Schenggen Fan from the CGIAR Board noted that before researchers turn to evidence generation to improve gender outcomes, all the data collected needs to be disaggregated.

“When the Green Revolution arrived in rural China, my mother’s work burden increased from 10 to 13 hours… We must make sure our interventions do not inadvertently burden women further,” said Fan.

West and Central African Council for Agricultural Research and Development (CORAF)’s Regional Gender and Social Development Adviser Mariame Maiga noted that transfer, access, and adoption of gender and climate-smart technologies are critical to include in any sustainable gender strategy. Such technologies “are labor saving, and a potential source of income generation, job and wealth creation for women and youth empowerment,” said Maiga. CORAF has developed a database of gender and climate-smart technologies for stakeholders to use.

With a focus on broader impact, the GENDER Platform will continue to build linkages and partnerships with key players, including the national agricultural research systems, crucial to transforming food systems.

“We chose to launch GENDER at the AGRF as this is a good community to build synergies and leverage our individual contributions so as to change lives of men and women across Africa,” noted de Haan in closing.

Making gender equality in food systems the ‘new normal’. For a more equal, and better, world. For all. – International Livestock Research Institute