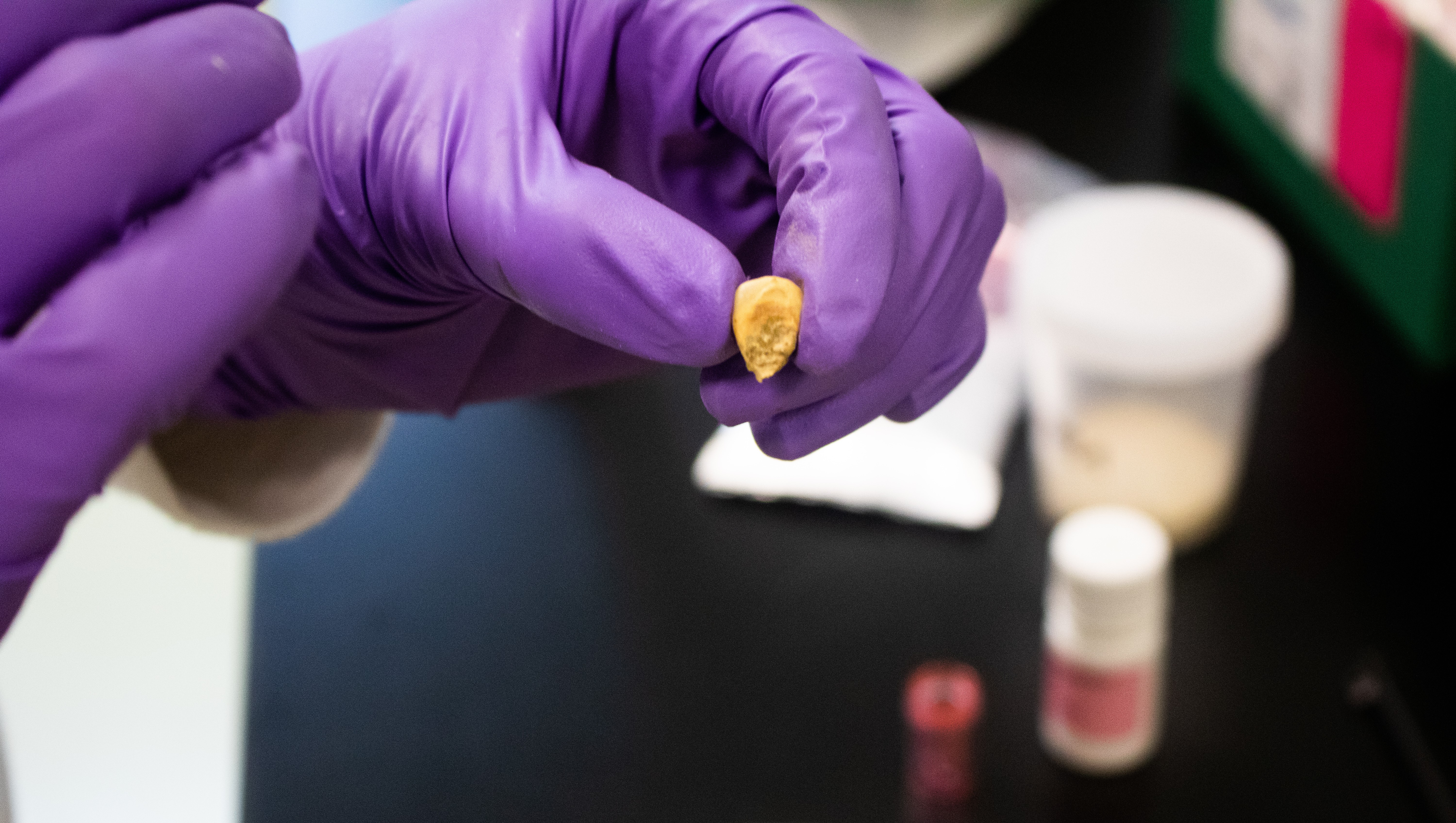 “The increasingly high prevalence of aflatoxins is a  growing problem in Mexico,” says Natalia Palacios, maize nutritional quality specialist at the International Maize and Wheat Improvement Center (CIMMYT). Crops are particularly vulnerable to fungi growth in production areas exposed to high temperatures and humidity levels, both in the field and during post-harvest storage. With the country’s limit for safe human aflatoxin consumption set low at 20 micrograms per kilogram (20 ppb), even a small amount of grain contamination can significantly reduce farmers’ ability to sell their crop.

CIMMYT is placing more emphasis than before on aflatoxin research. The focus is shifting from work on genetic resources, such as aspergillus flavus-tolerant germplasm, to attempting biological control of the fungi in the field, post-harvest management and maize processing alternatives. Through different approaches, researchers are trying to understand and control aflatoxin prevalence and its effect on maize kernels in both Mexico and the wider region.