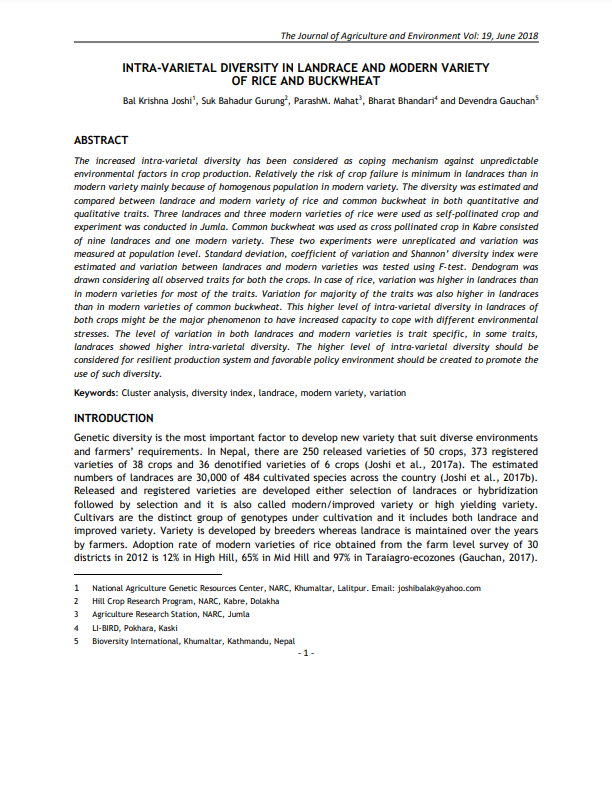 The increased intra-varietal diversity has been considered as coping mechanism against unpredictable environmental factors in crop production. Relatively the risk of crop failure is minimum in landraces than in modern variety mainly because of homogenous population in modern variety. The diversity was estimated and compared between landrace and modern variety of rice and common buckwheat in both quantitative and qualitative traits.