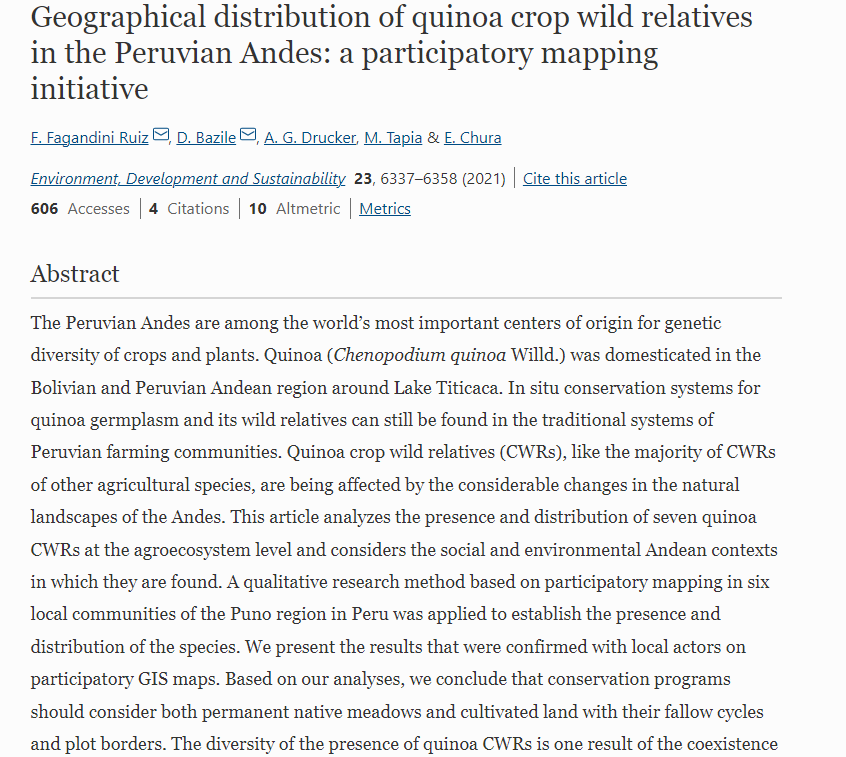 The Peruvian Andes are among the world’s most important centers of origin for genetic diversity of crops and plants. Quinoa (Chenopodium quinoa Willd.) was domesticated in the Bolivian and Peruvian Andean region around Lake Titicaca.

In situ conservation systems for quinoa germplasm and its wild relatives can still be found in the traditional systems of Peruvian farming communities. Quinoa crop wild relatives (CWRs), like the majority of CWRs of other agricultural species, are being affected by the considerable changes in the natural landscapes of the Andes.

We present the results that were confirmed with local actors on participatory GIS maps. Based on our analyses, we conclude that conservation programs should consider both permanent native meadows and cultivated land with their fallow cycles and plot borders. The diversity of the presence of quinoa CWRs is one result of the coexistence of these two land uses.