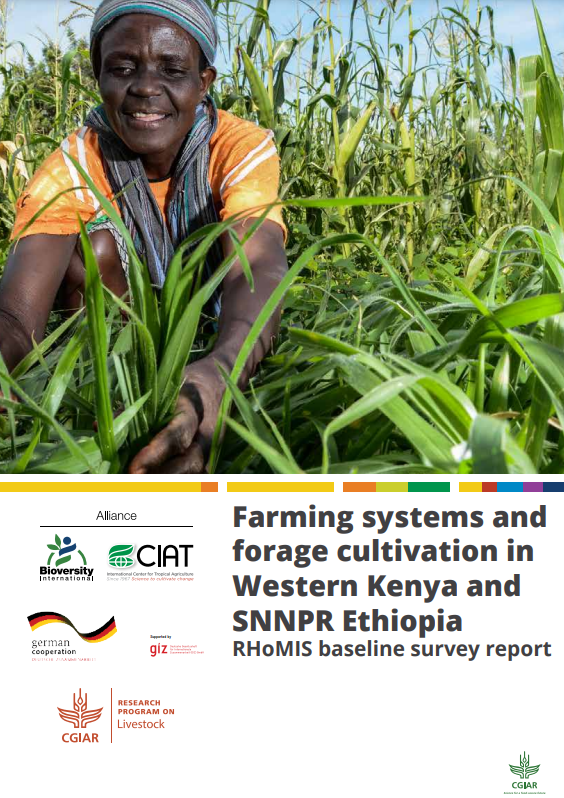 Livestock production is a key sector in Kenya and Ethiopia, and a major contributor to household income and nutrition. Besides milk and meat, livestock serves as a capital asset that acts as insurance against monetary requirement as well as a key source of farmyard manure. However, one major challenge in the sector is the inadequate livestock feeds which is vital in increasing livestock productivity (Hall et al., 2007).

This may be due to the adverse effects of climate change (Hall et al., 2007), coupled with a lack of investment capacity to adopt a range of other technological changes such as improved animal breeds that go hand in hand with improved livestock feeding (Ndah et al., 2017). There is also a general lack of knowledge on the impact of improved forage technologies on livestock production (Ndah et al., 2017). Increased farmers’ access to feeds is therefore vital in improving livestock productivity. The Grass2Cash project therefore aims to increase the adoption of forage technologies and management techniques for increased livestock productivity as well as increased incomes. The project covers both Kenya and Ethiopia as illustrated in Figure 1 below.

This report presents results from descriptive analysis of the baseline survey data, aiming to:

a. ‘Locate’ the project or demo farmers in the overall farming population;
b. Describe general farming and livestock systems, the role of dairy, feeding systems and forage
cultivation