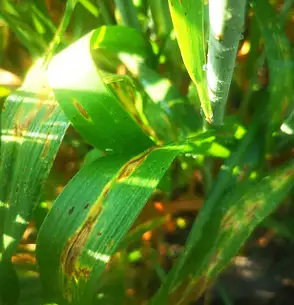 Chemical control approaches, including seed treatment and fungicides, have provided acceptable spot blotch control. However, their use is unaffordable to resource-poor farmers and poses a hazard to health and the environment. In addition, “abiotic stresses like heat and drought that are widely prevalent in South Asia compound the problem, making varietal genetic resistance the last resort of farmers to combat this disease,” according to Pawan Singh, Head of Wheat Pathology at the International Maize and Wheat Improvement Center (CIMMYT). Therefore, one of CIMMYT’s wheat research focus areas is developing wheat varieties that carry genetic resistance to the disease.

The study’s results are positive and confirmed that: